How ‘The Bad Batch’ Honors The Legacy of ‘The Clone Wars’ 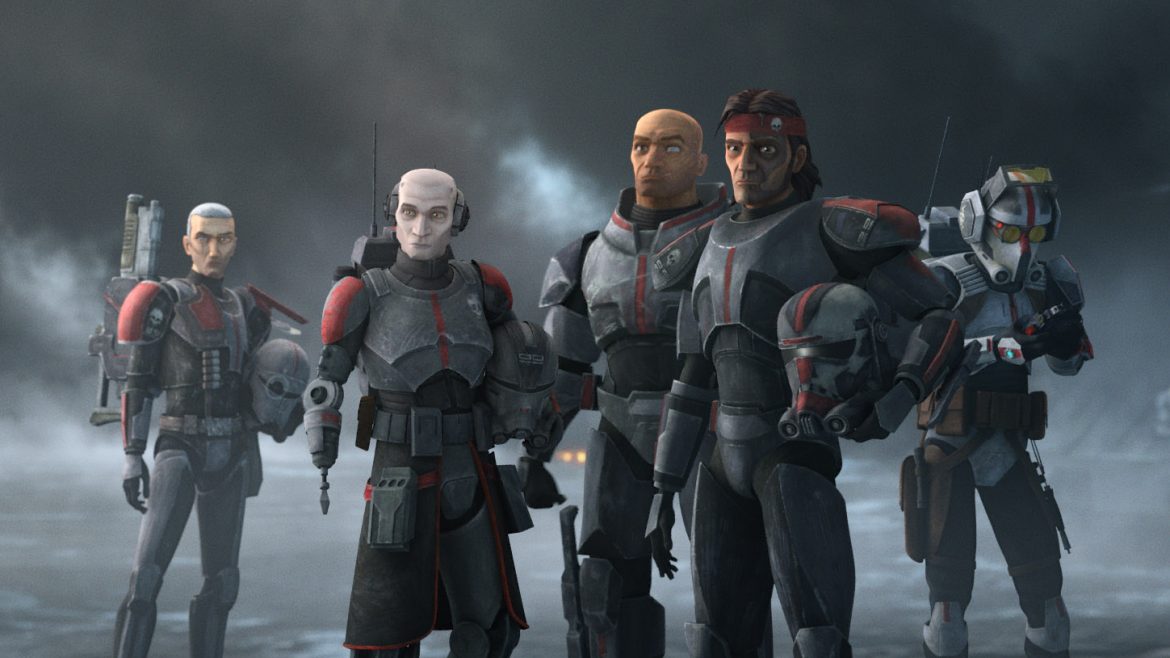 The next chapter in Star Wars animation has finally arrived. After their warm received introduction to the universe in the final season of The Clone Wars, the Bad Batch now plan to shake things up through their own spin-off series. Picking up shortly after the last time fans saw them, Star Wars: The Bad Batch will see Clone Force 99 maneuver their way around the earliest days of the Empire. Everyone knows what that means: clones will soon be phased out in favor of stormtroopers and whatever surviving fragments of the Republic will be hunted down. Out of one war and into another, the renegade group will soon make all kinds of decisions they have never faced on the battlefield in order to survive.

Even being one of the most feared groups in all the clone army can’t prepare them for what the Empire has in store. With such a connective narrative, this series fills in a crucial piece of the Star Wars timeline. The twenty year gap between Revenge of the Sith and A New Hope has been explored many times before, though never through this unique perspective. The show is without a doubt the most connective out of any of Lucasfilm’s animated ventures. This structure will appeal to fans who are already in love with this era of the franchise, but at the same time, avid viewers will be quick to compare this to the glory of The Clone Wars.

There’s no way around it, The Bad Batch is following in some major footsteps. Even moreso than Rebels or Resistance, which were clearly running with their own distinct visions. This show is debuting under the shadow of its highly-beloved predecessor and is carrying on much of its legacy to a new generation of fans (thanks to last year’s final season on Disney+). As we learned at the show’s official global press conference, this uphill feat was made doable thanks to a ragtag team of creatives behind the scenes. Of course, all ushered into the project by creator Dave Filoni.

When it came to carrying the baton over from The Clone Wars, Executive Producer and Supervising Director Brad Rau had much to say. Starting his career in animation with Happy Tree Friends and Ka-Pow!, Rau would eventually find himself in the halls of Lucasfilm years ago, forming an early bond with Filoni prior to him reaching his Star Wars guru status.

Brad Rau: “I’ve known Dave for a long time. When he was starting Clone Wars, I first met him up at Skywalker Ranch and I happened to just be starting my own animation studio at that time. So I was unable to join. It was one of my regrets that I rectified later on in Rebels, to join as an episodic director, and then on Resistance. He’s an awesome guy, a good friend. I couldn’t think of a better mentor, especially for Star Wars. The stuff he tells us every day is amazing.”

Going deeper into how The Bad Batch honors the legacy of The Clone Wars, Rau emphasized how the same style of animation is carried over – something that has never been repeated in Lucasfilm animation. But, of course, things didn’t stay quite exactly the same. Having worked on both Rebels and Resistance, Rau made sure to elaborate on why these specific decisions were made with The Bad Batch.

Brad Rau: “That’s very intentional… The Bad Batch is a spiritual successor to The Clone Wars, so we wanted to honor the style and legacy of that. That being said, the whole team at Lucasfilm and our partners at [CGCG Animation], we’ve just tightened everything up. So the fidelity is tighter. The style is tighter. The rigs are tighter.

The way that it’s designed is still in the legacy of The Clone Wars, but a little more detailed. A little bit more focused. For me, having worked on a lot of these shows with a lot of the same people internally, it’s just the best team and I think we’re doing our best work ever right now.”

As Rau stated, fans will be pleased to hear that a lot the same creatives who have been rising in the ranks are now looking over this show. Directors Saul Ruiz and Nathaniel Villanueva are two specific names that came over from their work on the final season of The Clone Wars. But unlike that series, The Bad Batch features little to no Jedi, or force users for that matter. Characters like the Emperor carry a looming presence, but fans shouldn’t expect to see too much lightsaber action or anything of that sorts.

When commenting on how it feels to be producing a show along the lines of Rogue One, void of Jedi or force users, Rau emphasized the importance of the Bad Batch’s family dynamic (an aspect that is also present in the Star Wars spin-off films). As Rau explains, this story isn’t necessarily interesting just because it’s without familiar Star Wars elements, it works because of its emotions.

Brad Rau: “We love all of that stuff, but it is really interesting to deal with this family dynamic. To have the stories be emotionally charged, and emotionally-based gives the action a lot more texture.

I mean, let’s face it, we’re blowing stuff up and we’re having fun doing that (laughs) but to have the emotional context of that is the challenge in any of these stories. For us, I think it helps that we are coming into characters that are familiar and yet, we don’t know that much about. It gives us room to play around with how those characters develop.”

After a very promising premiere, The Bad Batch is set to make waves on Disney+. “There are plenty of callbacks and references to The Clone Wars and even Rebels“, making it clear that this series plans to continue honoring what came before. As to how else the show plans to honor the past, and how it links up to the future, remains to be seen. Stay tuned for all updates on The Bad Batch!

The Bad Batch debuts May 4 on Disney+!