Home » ‘The Conjuring: The Devil Made Me Do It’ Review – A Spine-Chilling New Entry of Pure Horror
Film

‘The Conjuring: The Devil Made Me Do It’ Review – A Spine-Chilling New Entry of Pure Horror 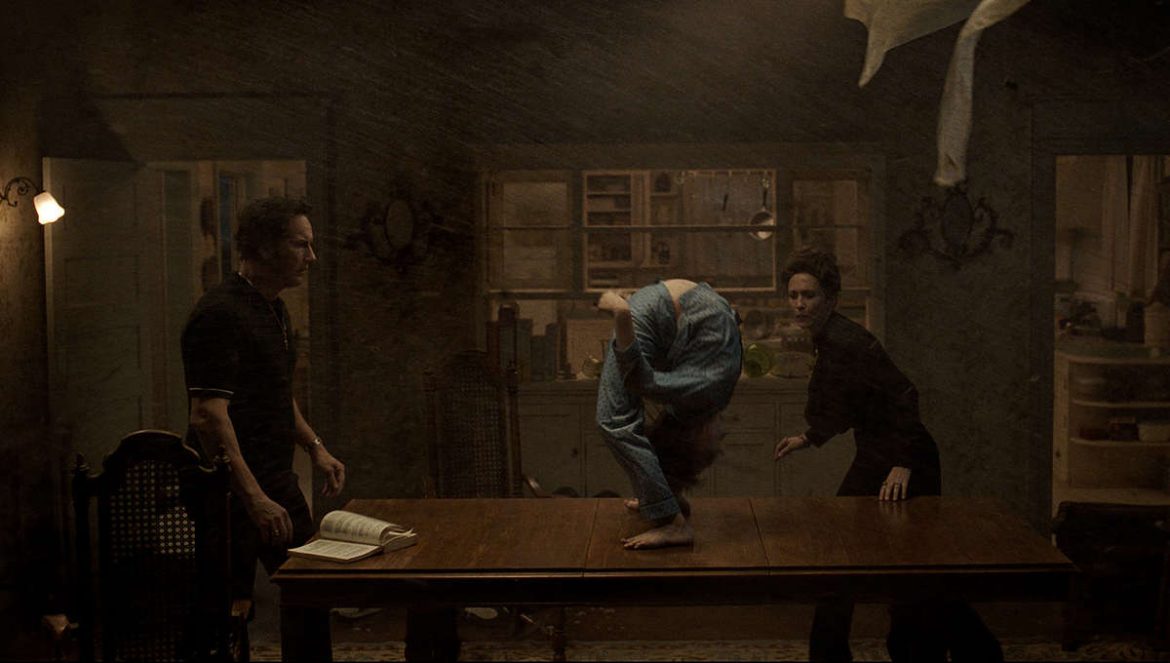 The Conjuring has always been a consistent feast for Horror fiends over the last decade, and the third outing in the series is no different. The Conjuring: The Devil Made Me Do It is a hair-raising, spine-tingling sequel that consistently delivers with fear. This continues this Horror franchise’s streak of brilliance, adding another chapter that might possibly be the best of them. The film amasses everything needed to get under your skin, effectively scaring you from start to finish.

Beginning with a young boy fighting for his soul, Ed (Patrick Wilson) and Lorrain Warren (Vera Farmiga) take on their most shocking case of demonic possession yet. Unlike anything they’ve seen before, they trudge their way to uncover the dark secrets of the force behind this latest devilish attack. What follows is a string of events, linked together by one demonic thread that follows the Warrens like a curse. This marks the first time in U.S. history, it happened in England before, that a murderer would stand trial and plea demonic possession for his innocence.

Directed by Michael Chaves, helmer of The Curse of La Llorona, this is certainly a huge improvement from his past work. La Llorona did manage to submerge audiences in fear, albeit with many contrivances. However, in The Conjuring: The Devil Made Me Do It, Chaves has perfected his formula. Centered around a fascinating case from the Warren’s past, Chaves directs a superb narrative that is more than just… “thump, thump, bang!” The Conjuring films have a very set style, brought to life and led on by James Wan’s first and second outings. Yes, they have jump scares, but there’s way more to them. This sequel builds an atmosphere of unfathomable dread, aided by its darkened cinematography and heart-pumping score. It’s this constant sense of uneasiness that leaves a deep impact.

The big difference with this installment is that the case doesn’t stem from a simple possession, but something far more twisted and unnerving. This delineation keeps you guessing and in the dark about what’s to come as the traditional plot structure finds new ways to surprise. Clearly inspired by William Friedkin’s The Exorcist, just like the other two films, but this takes an extra step towards that classic story. Adding a modernized, yet stylistically similar effect to the explosive scenes of possession. There is one prolonged sequence of pure horror near the beginning that will startle and leave you speechless, arguably, beyond nearly anything done in the series thus far. It’s striking, bold, and absolutely nerve-wracking.

Additionally, with cinemas re-opening, experiencing this film with its incredible sound design in a theater is a must (if you take the necessary precautions and feel safe to do so). Piercing sounds matched with the images on-screen add to the heart-pumping thrills as the mystery unfolds. Chaves’ film has a weight to it that rivals the past two entries, solidifying it as a standout. The stakes are extremely involving and heavily personal, it’s more than just a simple demonic case. Adding a new aspect of satanic puppetry in the mix amounts to a less straightforward, more mentally invigorating film. As always, the cast brings their all. Vera Farmiga and Patrick Wilson are wholly committed to their staple, now-iconic depictions of Ed and Lorrain Warren.

Quite frankly, it’s hard to describe the sheer horror felt when watching The Conjuring: The Devil Made Me Do It. It’s clear that Chaves has taken from lessons learned, actually drawing more nightmarish imagery from his short, The Maiden. Starting off the new decade on a high, no matter what the widespread response to the film is, it will surely linger in your mind for a long time. That is the mark of not only a great Horror film, but a fantastic film.

The Conjuring: The Devil Made Me Do It premieres in theaters and on HBO Max June 4