‘Only Murders in the Building’ Review – This Comedy Kills It 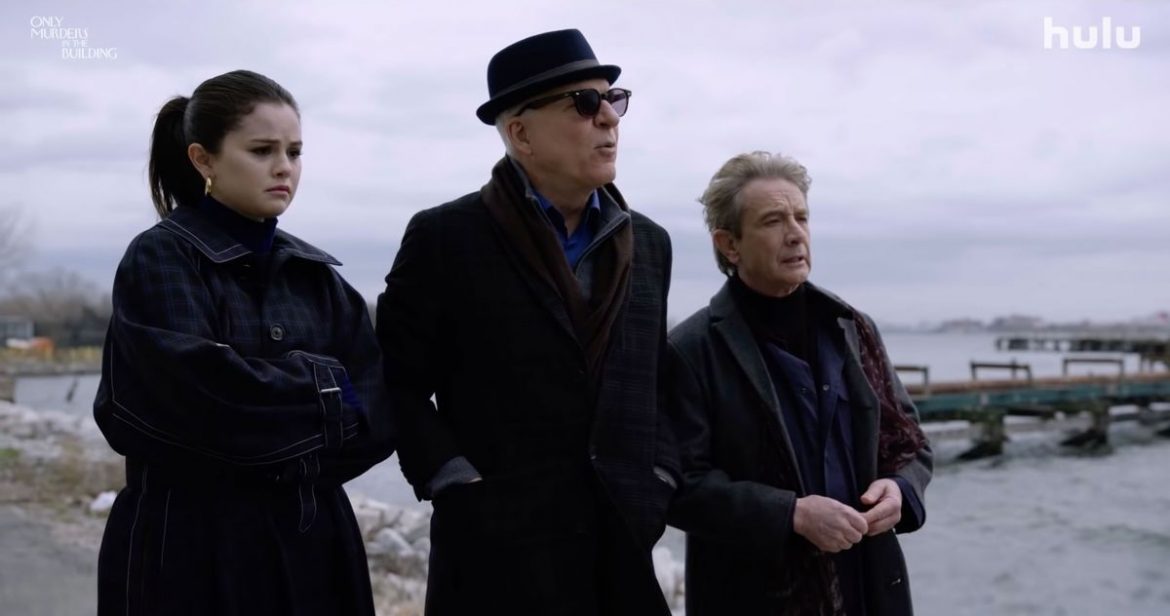 The mystery genre, specifically the murder mystery, is well beloved, but perhaps too familiar. It’s difficult to create something new in an old and structured genre that remains engaging and intriguing all the way through. Only Murders in the Building, however, rises to this challenge, and does so with charm and wit.

The comedy series is created by Steve Martin and John Hoffman. Martin also stars as alongside comic Martin Short and child actor to popstar back to actor, Selena Gomez. All of their characters live in the same New York apartment building, Martin’s Charles as a dry, washed up actor, Short’s Oliver as an eccentric but struggling Broadway director, and Gomez’s Mabel as a young artist. They’re strangers, all independently super fans of the same true crime podcast. This shared interest brings them together, and they grow even closer as their neighbor is murdered and they decide to start a podcast together to investigate the incident.

First and foremost, Only Murders in the Building is one of the funniest shows of the year, in its own particular way. The humor is similar to Martin’s past work in that it’s chalk full of wit and seriously delivered in even the most ridiculous of circumstances. There are a few back-and-forths between Martin and Short that feel particularly reminiscent to their old partnership. That being said, it isn’t dated. When a podcast is a main driving factor of the plot, it’s important the narrative understands how the internet operates and utilize its inherent comedy to its advantage. The show has also made fantastic use of its guest stars and cameos, every single one only works to bring a funnier scene to your screen.

The characters work off each other well. The cast leads many to harken back to ¡Three Amigos!, an 80s comedy starring Steve Martin, Martin Short, and Chevy Chase. Yes, they both feature a trio containing Martin and Short, but Gomez is a great alternative to Chase. In fact, the show is better off with a younger woman to round out trio. Given the clear demographic division in the cast, two older comics and a younger actress, it would be easy to let Gomez be sidelined, but she isn’t. Mabel’s sensible tendencies align her more towards Charles’ pessimistic attitude than Oliver’s outlandish personality. This helps balance out the character interactions and leads to more interesting, and more humorous, conversations. All of the actors do well in their roles, not just the leading roles. There is no clear standout, just perfect casting all around. The set design and costuming also deserves a nod, it’s wonderfully atmospheric and works with the story to reveal more about the characters.

For a comedy about murder, the show has a ample heart. Charles, Oliver, and Mabel are all flawed characters and their faults are brought to the forefront and explored throughout the course of the show. People are complicated and nothing is clear cut, and the story reflects that. The characters are allowed to express their struggles that don’t have to directly do with the conflict in the show. In many mysteries, characters are only allowed to express as much as would give them motive for murder, but the long form nature of the series allows them to develop into well rounded people apart from the main plot. There are some side characters that receive similar levels of development which is dually appreciated. This works only to strengthen the narrative as we’re more invested in the success of the characters in other avenues that are only tangentially related to the investigation. The show experiments with less conventional approaches when exploring some of these ideas, making full use of audio-visual medium.

As for the murder plot itself, it’s executed well. A good murder mystery will not keep viewers in the dark, it’s important that they’re just as tuned into all the clues as the main characters or else the final reveal will not feel well earned. There’s nothing more disappointing than developing a thorough theory using all the known information only for it to be revealed in the final episodes that one character discovered something that was never revealed to the audience and that one piece of information was also what made sense of the entire mystery and caused a breakthrough. From the start of the series, the constant drip tap of clues is paced well. It’s normal to change theories from episode-to-episode given new information, and as the characters change their minds and argue with each other, you find yourself taking sides and thinking about the murder differently. It’s a more intriguing format than the singular short form detective story and results in a more engaging narrative.

If there’s any criticism, it’s in the comedy around Charles’ romantic relationship. Steve Martin’s jokes surrounding intimacy have never landed quite right, and Only Murders in the Building is unfortunately not an exception. The comedy is out of place and doesn’t align with the rest of the show. As a plot beat, it somewhat fits, but its execution is sloppy and the show is capable of better.

That being said, Only Murders in the Building is excellent television. Not a straight drama, comedy, or mystery, it straddles all of the genres artfully. There has never been anything quite like it. The audience is as invested in the characters as they are in the murder, and they’re able to laugh throughout almost all of it. It’s difficult to imagine a demographic that won’t find something to enjoy in this. The show will air on Hulu with weekly episodes, so I can only hope you’ll watch it with your friends, follow along rapturously, and theorize together as the story unfurls.

Only Murders in the Building premieres August 31only on Hulu!