‘What If…?’ Composer Laura Karpman on Uniting the MCU’s Music – Exclusive Interview 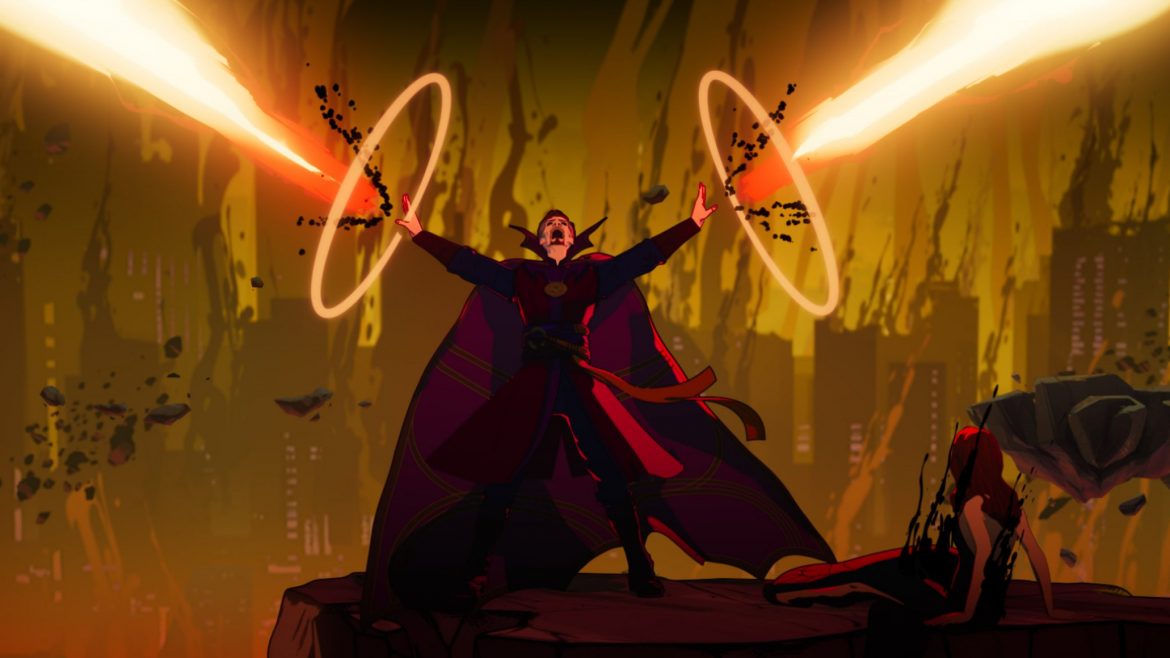 For the last handful of weeks, What If…? has delivered an epic animated tale across the Marvel Cinematic Universe, exploring many new worlds and giving us new exciting iterations of characters we’ve now come to know and love. However, to tell an enjoyable and exciting story, a good set of music needs to accompany it, and thanks to composer Laura Karpman, What If…? doesn’t disappoint.

Karpman, best known for her score of the Emmy-nominated HBO series Lovecraft Country, has united the MCU’s vast library of musical themes under one roof and brought a plethora of fresh beats to surround it. Following our exclusive episode breakdowns with head writer A.C. Bradley, we got the chance to move on to another department of What If…? and speak to Laura Karpman on her scoring process and how it brings together past iconic tunes while also maintaining its own unique and incredible feel week to week.

With What If…?, every episode is its own singular story. What’s it like creating an entire mini-score for each individual episode?

Laura Karpman: It’s fun! One of the funny things about What If…? is that it’s thirty minutes long, but it doesn’t feel like that. It feels like they are fully fleshed out, fully told stories. Each episode, even though it’s only thirty minutes, it’s a lot. A lot to think about, a lot to put into place, a lot to conceive of, and a lot to execute in the best possible ways, because it feels like we’re doing a whole movie. It’s one of the most fun things I’ve ever worked on. It’s great material and it demands a lot from the people who work on the show in the best possible way.

How do you work to make each individual score feel unique and vary from episode to episode?

Laura Karpman: I think there are a lot of things that make that not hard. Each episode is its own thing to start with, so there isn’t a lot of crossover, thematically. You have the Watcher’s theme that appears in every episode, but that’s the only thing that really connects them. Being that each episode leans so hard into genre, with the first episode being a war movie, the second being this mash-up heist movie, these odd teams being formed, the third being a murder mystery, and the fourth being an epic love story, there’s not a lot of crossover.

There are action scenes, there are fights, but the stories being told are so different. To me, I haven’t felt a need or even by mistake have I repeated myself; you write strong themes for each episode, finish it off, then move on to the next thing.

Obviously, you can’t get into much about the future of the show, but which episode so far has been the most fun to score?

Laura Karpman: They all have something really wonderful in them. I’ve been talking a lot about Episode Two; I loved writing the music in the bar – that funny, T’Challa cantina stuff. That actually took a lot of finessing to get right, to get it to really sound like it would be a mix that he might play. The heist music in that was a lot of fun.

Playing with the 40s and those sounds [in Episode One] and trying to really get the feeling of not only scoring something that happened in that era, but what a 40s film score may have sounded like, that was really fun to do. I also love the murder mystery theme in Episode Three, and the love story stuff was also really moving and incredible to work on [in Episode Four].

So with the recent twisted Doctor Strange story, it’s a multi-timeline epic filled with tragedy and destruction. How do you find a balance between scoring the quieter, personal moments between Strange and Christine, and the huge action scenes?

Laura Karpman: That score was really interesting because what I did is I started out with a really small kernel musically. I started with these four really soft piano chords. It wasn’t so much scoring the action, but it was really building those four chords and layering on top of them, adding the Watcher’s theme, and then adding instrumentation. It was about action upon action upon action. That happened in the story as well, and it was reflected in the score.

The MCU now has a lengthy history of recognizable themes for tons of different characters. How do you take all these different cues from those scores and potentially apply them to this series as inspiration, if at all?

Laura Karpman: We took them when we needed them. A lot of it is really thinking about what a fan’s expectation is when they see Captain America appear, or the Guardians of the Galaxy, or T’Challa, or Killmonger – do you give it to them? And the answer is generally yes, but not for very long because you have to move on to the business of the episode.

You want to say “Look, here’s your guy, here’s your gal,” and now let’s get on with what we’re doing with these characters. I think that was one of the really amazing things that the writers did, that [A.C.] Bradley [head writer] did, and our showrunners Bryan [Andrews] and Brad [Winderbaum], and that needed to be reflected musically.

What If…? is jam-packed with different characters and stories, what’s it like scoring such a huge series with so many moving parts and giving them all their own musical beats?

Laura Karpman: It’s great. It takes time, it takes consideration, it takes skill. I think the score is musically gymnastic, as is the show. The show turns on a dime. It’s like driving a Ferrari on a windy road. The show is like that, you think you’re doing one thing and then “WHOA” you’re taking a turn, and I think that’s the fun of it. That’s what makes it unique, what makes it a special show, and what makes scoring it absolutely fun, hard, and great.

With the second season of What If…? currently in production, what’s it been like working during a pandemic from home as compared to in a studio?

Laura Karpman: We’ve sadly gotten used to it. I also scored Lovecraft Country, which was all scored individually during a pandemic, each person in their own space. This was scored in eastern Europe, with some additional things added like me playing piano, keyboards, and other things. It’s harder in the sense that you don’t have that immediate interaction with musicians, you can’t just go and say “Oh, let’s just try this way, first two horns take it down an octave”.

But I think that it’s okay. I was fortunate to have a very good orchestra on this show, they did a great job. They worked with really difficult circumstances. A lot of the time we would have to start at like four in the morning because they would have curfews, they had to be back in their house before nine their time. There’s all of that kind of stuff, where you’re really having to accommodate schedules and quarantines, but we got through it okay!

New episodes of What If…? air every Wednesday on Disney+!

Read more on Marvel’s What If…?