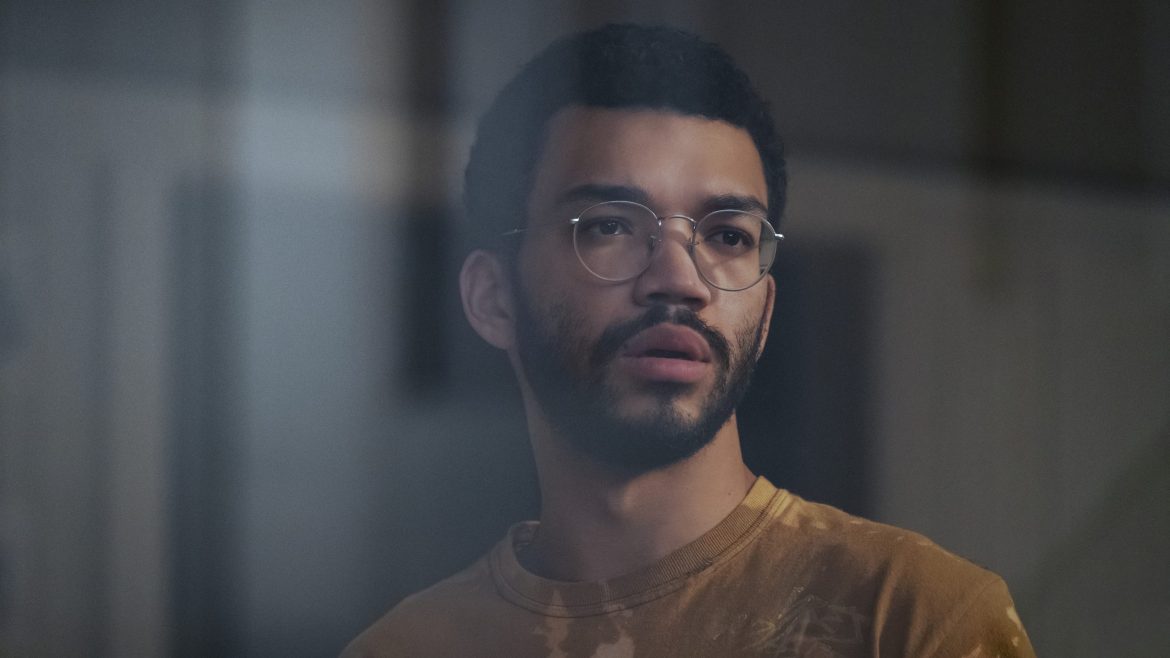 From all of Hollywood’s young rising stars, Justice Smith is among the brightest. Getting his start in television and with a supporting part in the John Green adaptation Paper Towns, Smith scored his breakout role as lead Ezekiel Figuero in Netflix’s The Get Down. He portrayed the character until The Get Down was unfortunately canceled after only a single two-part season. After the show’s conclusion, Smith went on to appear in the Off-Broadway production of Yen and in the film Every Day alongside Angourie Rice, before landing his largest gig yet as Franklin Webb in Jurassic World: Fallen Kingdom.

Now, Smith is recognized for even more hit projects, from leading Pokémon: Detective Pikachu to the recent HBO Max series Genera+ion. The actor is currently on a roll, with his newest film The Voyeurs having just premiered on Prime Video. There’s way more in the pipeline for Smith, with the animated film Ron’s Gone Wrong soon to hit theaters, followed by his return to the iconic dinosaur-filled franchise in Jurassic World: Dominion next year, and a major role in the live-action Dungeons and Dragons adaptation in 2023.

The Voyeurs tells the story of a couple, played by Smith and actress Sydney Sweeney, who gets caught in a dangerous mystery after obsessively spying on their neighbors. In honor of the film finally reaching the masses, we sat down with Justice Smith to discuss his process of getting into the twists and turns of such a dark story. We were also lucky enough to hear what it was like filming huge blockbusters, like Jurassic World: Dominion, during the pandemic.

Just to kick things off, your career is filled with films and TV shows from all kinds of genres. What inspires you as an actor to dip your toes into all these different types of stories?

Justice Smith: It was important to me, as a young actor specifically, to make sure I was showcasing all of my talent in that I didn’t want to just be known for one thing, like I just do comedy or drama or I just do theater or whatever it was. I really wanted to dip my toes… my hands… my toes… appendages into many different pots… yeah, it wouldn’t be toes in the pot, it would be the hands in the pot, right? What’s the expression?

I think it’s dipping your toes.

Justice Smith: Why am I thinking of dipping your toes into pots? Dipping your toes into many different waters… anyways, I have the privilege of doing so, and I’m happy that these directors keep allowing me to show that I have this wide scope. I think it’s just because I, as a person, feel like I have many different states of being, and I don’t ever want to be seen as just one aspect of myself. So, I feel like in playing all these characters, people can see that I’m many people in one.

In The Voyeurs, you play Thomas, one part of a couple alongside Sydney Sweeney’s character Pippa, who begins obsessively watching their neighbors after moving into a new apartment. How did you approach playing this character and his story?

We’re constantly told we’re not enough if we don’t get this product, have this partner, or live our dreams to the fullest. There’s a culture that profits off us not feeling like we’re enough or worthy, and I liked playing the personification of that.

Your relationship with Sydney Sweeney is an integral part of this story. What was it like working with her on this film and building this relationship between your characters?

Justice Smith: Syd is great. We met and we just kind of hit it off right away. Michael [Mohan, director of The Voyeurs] gave us a lot of room to improvise and play on set, so us joking around and having this natural rapport was just us exploring our friendship. It comes across very genuine, we really wanted to highlight that this couple, while they’re madly in love, they’re also each other’s best friend, which makes it more tense when you see this conflict arise, when you see that Pippa starts to get obsessed with this couple next door.

As Pippa becomes more obsessed with her neighbors, Thomas serves as this more morally sound voice on her shoulder, trying to talk her out of this obsession. How did you go about bringing this calmer voice in the middle of such a chaotic story?

Justice Smith: Michael [Mohan] told me early on that Thomas represents this audience. Thomas is the most practical, most, like you said, sound character. He does have his faults, obviously, his insecurities, but he’s the first one to realize there’s something wrong with being so obsessed with the neighbors next door and not seeing the value of what they have right in front of them.

The Voyeurs is full of twists, turns, and one super shocking moment after another. What was your initial reaction to reading this script and experiencing it for the first time?

Justice Smith: I was thrilled, it was a thrilling script. I was excited, but moreover, I was on the edge of my seat. I agreed to do the movie after about 40 pages, I was just so captivated by the story. Then I read the end, and I saw all these twists and turns, and I just knew that I had made the right choice.

Hopefully to a lesser extent than the characters in the film, but have you ever seen strangers and crafted your own fake reality for them, like these characters did in this film, while people-watching?

Justice Smith: Yeah, when I people-watch, I definitely imagine what their lives are like. I’m so interested in how everyone exists as the protagonist in their own story, that’s a really interesting idea. If anything, it’s why I’m so passionate about stories we’ve never really seen before being highlighted. I see people at the bus stop or in the grocery store and I’m like, I’ve never seen a person like that in a movie or television show, and I’m so curious as to what their life is like, what is that story there? I think everyone kind of speculates what’s going on in a stranger’s life.

You have a huge next few years coming up, with both Jurassic World: Dominion and Dungeons and Dragons currently filming. What was it like filming these projects during the pandemic, especially Jurassic World, considering it was the first big film to shoot after the COVID-19 lockdown?

Justice Smith: I was shooting Jurassic World and then I get a call and they’re like, “We have to shut down production because of COVID, and it’s going to be two weeks”, and then it wasn’t two weeks, it was forever. It was scary, it was a pandemic, it was unlike anything I’ve ever experienced before. Then, when I went back to shoot, it was a new world, it was masks and social distancing. Voyeurs, I shot right before the pandemic, so it was the last movie that I had done in the normal world, the world before. Hopefully, it’s going to be over soon, and we’ll be able to return to normal.

Stream The Voyeurs only on Prime Video!