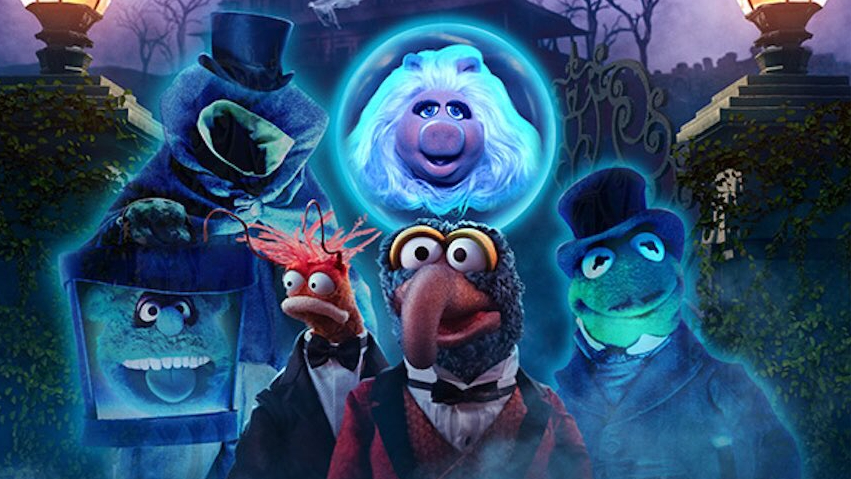 A new month means new arrivals for Disney+. September already offered us a great deal of content with Marvel’s What If…? premiering and dropping episodes weekly, along with Star Wars: Visions closing out the month with a bang. And October isn’t stopping the hype train from rolling on Disney+. Throughout the 2021 season of scares, the list of new titles will be short but appropriately sweet.

This October, the first season of What If…? will come to a close, which is sure to be a big deal as we see how Marvel sets up even more animated multiversal adventures in the confirmed second season. After the finale, Marvel is releasing two new entries in their ‘Making Of’ series, one for Black Widow and one for What If…?, of course. If you’ve enjoyed getting a behind-the-scenes glimpse into your favorite Marvel shows, be sure to tune in.

It’s Halloween time, so to get us into the mood Disney is releasing spooky-themed specials for some of their most popular properties. Such titles include Muppets Haunted Mansion, LEGO Star Wars Terrifying Tales, and The Scariest Story Ever: A Mickey Mouse Halloween Spooktacular. Read more on our recommendations and the complete list of everything coming to Disney+ in October 2021 below. You can also find this month’s new additions for Netflix and HBO Max right here on DiscussingFilm.

LEGO Star Wars is back in frightening style! After last year’s success with the LEGO Star Wars Holiday Special, it’s not shocking to see Disney+ return to a galaxy full of bricks far far away, but this time with the scares and spooks attributed to Halloween.

The special follows Poe Dameron and BB-8 as they journey to Darth Vader’s castle, which has now been turned into a creepy galactic hotel resort. This is where we’ll hear sinister fireside tales about familiar characters like Luke Skywalker, Ben Solo, and Darth Maul – all featuring a flair of Halloween tropes that we’ve come to know and love. This looks to be another fun and lighthearted LEGO Star Wars adventure and is a good way to get into the fall season spirit.

The Muppets are back with more original content on Disney+! Following their first streaming series, Muppets Now, we’ll next get to follow Gonzo the world famous daredevil and Pepé the King Prawn as they take on their greatest challenge yet by staying in Disney’s iconic Haunted Mansion on Halloween night.

This latest special will feature recognizable faces from all corners of Muppet history alongside guest appearances by Will Arnett, Taraji P. Henson, Alfonso Ribeiro, Danny Trejo, Craig Robinson, Skai Jackson, the late Ed Asner, and more. As part of their first-ever Halloween special, fans can also be excited for 3 new original Muppet musical numbers. If there’s one thing that’s going to unite the Disney fandom this month, it’s guaranteed to be Muppets Haunted Mansion.

The first film in Phase 4 of the Marvel Cinematic Universe will finally become available to all Disney+ subscribers this October. Black Widow follows Natasha Romanoff as she reunites with her long-lost family to take down the infamous Red Room once and for all. “Marvel’s latest gives audiences the deepest look at Natasha Romanoff so far, further developing her complexity and giving Scarlett Johansson enough material to build her most honorable performance as the character.”

After a successful box office run combined with high results from Disney+ Premier Access, now would be the time to check out Black Widow’s final outing in the MCU if you haven’t already. Catch up before Marvel releases their next two films later this holiday season, Eternals and Spider-Man: No Way Home.

Black Widow will be available on Disney+ at no extra cost October 6!

Rookie of the Year
Thumbelina

Check out what’s also coming to the following streaming services throughout October 2021: