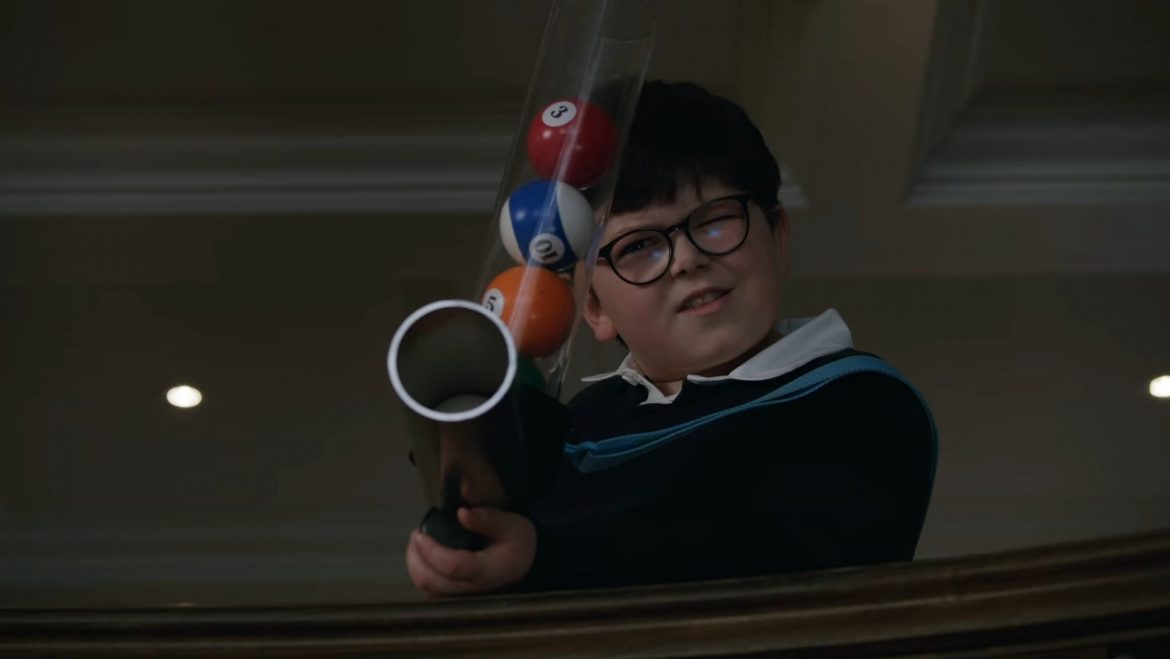 Home Alone and its sequel Home Alone 2: Lost in New York, directed by John Hughes and Chris Columbus respectively, have managed to stand the test of time as classics of the holiday film genre, being enjoyed by millions of homes even 30 years after their release. When Disney set forth on launching a new continuation, what would be the sixth entry in the series, it was always going to be difficult to find a filmmaker who could live up to the expectations of their well-known predecessors. Luckily, Disney has just hit the mark with director Dan Mazer and his take on the franchise, Home Seet Home Alone.

Dan Mazer is no stranger to the world of comedy, although it’s a much different type of comedy than what’s seen in his updated Home Alone story. Mazer is best known as the long-time writing and producing partner of Sacha Baron Cohen, having a pivotal hand in creating many of his iconic personas like Borat, Ali G, and Brüno. Just this year, Borat Subsequent Moviefilm bestowed Mazer with his second Oscar nomination in the Best Adapted Screenplay category.

Mazer has additionally directed his own films, including Dirty Grandpa and The Exchange. Now, he’s telling a family-friendly comedy for the first time in Home Sweet Home Alone. Mazer’s sequel is so fun that we see it “potentially joining the originals as a staple of future Christmas movie marathons for years to come.” We were fortunate enough to sit down with Mazer for an exclusive interview and discuss what it was like branching into a new avenue of comedy and exactly how he manged to strike gold with continuing the legacy of the classic beloved films.

What initially drew you to direct Home Sweet Home Alone?

Dan Mazer: Many people have asked me why on Earth I would think about doing this, and I think the truth is in my career, if you can call it that, I’ve often been attracted to things people deemed risky or foolish. The fact that people asked “Why would you do that?” was one of the reasons I wanted to do it.

Secondly, I had never made a film that any of my children could watch a single frame of, with the R-rated nature of my previous output. I wanted to challenge myself to see if I could make something funny without relying on that R-rated material. The truth is, I received the script from my agents and initially fell in love with it, I thought it was brilliant in creating a film that honored the original while also feeling fresh and unique.

The original Home Alone and its sequel are holiday classics beloved by millions of people. How do you honor directors John Hughes and Chris Columbus while also bringing your own spin to this iconic story?

Dan Mazer: It’s been 30 years since the original movies came out, and the world has moved on. I love those films and I’m not asking anybody to never watch those films ever again or burn and smash their DVDs of those films, because they’re fantastic. But it’s an innately beautiful idea that I felt could probably withstand a new iteration given where we are in 2021. The themes of the original film – which are family, Christmas, and the willingness to protect your home and the people you love – still hold true, and now more than ever they’re what we fixate on. The idea that we could refresh that and make something that felt relevant now was a challenge and an opportunity.

Archie Yates portrays our new Kevin-type character Max Mercer. What drew you to him for this role?

Dan Mazer: Obviously, the shadow of the original Kevin looms large over this film. We looked at a lot of kids, all of whom were incredibly competent, assured, and knew their way around a joke, but felt a bit Nickelodeon and a bit too polished. In the midst of our search, I went to a screening of Jojo Rabbit, saw Archie in it, and was immediately hit with a thunderbolt moment of “He is our kid”. He is so effortlessly cute and witty, he feels different from what we’ve seen before in Home Alone and I just immediately fell in love with him.

This production was one of many to be shutdown during the pandemic and eventually continue shooting. How difficult is it to direct a familial story where the cast is encouraged to have fun together in the COVID age?

Dan Mazer: COVID threw us a lot of challenges. We stopped for about 7 months in the middle of shooting in Montreal, and we all went home and had to come back and quarantine on our own in an apartment, where I took up painting by numbers and building LEGOs for two weeks. That was all incredibly challenging and tested our resolve, but we all believed so much in the movie and what we had done with it that we were all broadly enthusiastic to come back.

Truly, the biggest worry was Archie hitting puberty. It was the one thing I kept worrying about for those seven months, calling his mom on an almost daily basis just asking if his voice had broken yet, but luckily the joys of puberty held off for the 7 months we stopped shooting, and he returned as fresh-faced and high-voiced as he was before, thank goodness.

You have a long history in comedy, such as your collaborations with Sacha Baron Cohen. How do you approach a more family-oriented subject like this compared to more mature avenues of the genre?

Dan Mazer: One of the challenges for me with this film, and one of the reasons I wanted to do it, was to make a funny movie without having to rely on R-rated content, and the truth is the rules are the same, whether you’re cussing or not, or whether you’re using a penis or a bag of flour – the rhythms and nuances of comedy are broadly the same. It’s actually more of a challenge to not be able to just resort to doing something inappropriate and get a laugh, so that was a joy to do.

The appeal of flexing my muscles in terms of the physical comedy, with the booby traps and the slapstick of the last 40 minutes, also felt fresh and interesting. Going into those Hanna-Barbera, silent movie-type things that I grew up with, not that I grew up with silent movies, I’m not that old, I just watched them as a kid. It was just nice to draw on those influences for a change.

An important part of any Home Alone movie is the action. How did you approach the traps in this film in order to make them feel fresh and exciting?

Dan Mazer: There were two things that were really important to me with the action scenes, and one was that I didn’t want to rely on CGI. In the 30 years since the original movie, we’ve come so far in terms of visual effects that you could do this entire thing virtually, but I felt that the energy and visceral nature of the traps and the fear in the actors’ eyes were important, so 95% of what you see is practical and real, and we put our actors through some terrible trials and tribulations for about 6-7 weeks of shooting, where their bodies just about held up. It was really important to me to just keep that as real and as elemental as I could.

Secondarily, the temptation would be with doing a new iteration of Home Alone, to think about what hi-tech things you can do since 1990 and just do a bunch of Wi-Fi enabled drone stunts. But what I wanted to do was create something that felt timeless and not gimmicky so that, hopefully, in 20 years’ time if people are still watching this movie at Christmas, [Home Sweet Home Alone] doesn’t feel like it’s aged terribly when we all have drones and robot butlers in our home. Those two things were the key to the action scenes for me.