‘Licorice Pizza’ Review – Nothing But Chill Vibes and Pure Elation 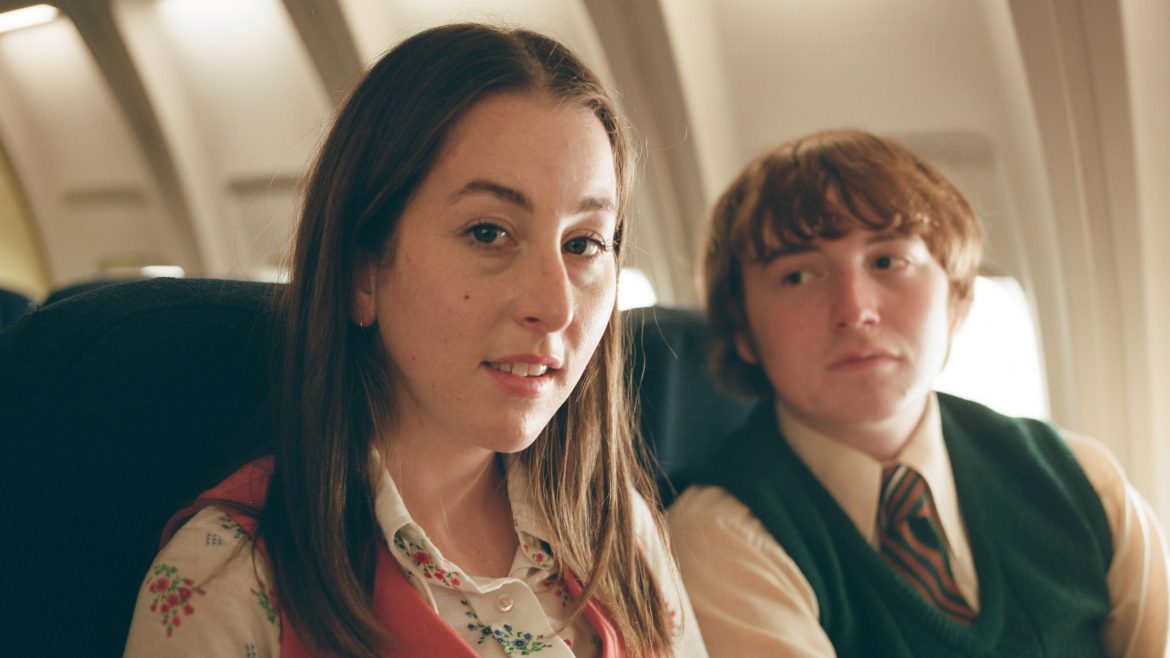 The latest from visionary filmmaker Paul Thomas Anderson is one of his most mystifying yet. A tale of two lost, naive souls traversing the fluid landscape of the San Fernando Valley in the 1970s, Licorice Pizza tells a far more perplexing tale than what might appear on its relaxed surface, but you can still bet that chill vibes and pure elation are plenty to be found. Full of Hollywood deep-cuts, scene-stealing performances, and just as much nuance and meticulous craftsmanship that we’ve come to expect from late-era PTA, Licorice Pizza arrives with an almost timeless quality right off the bat – an achievement that is seemingly pulled off all too easy.

Many have already touted Licorice Pizza as somewhat of a return to form for PTA. His ninth feature is his fourth set in the San Fernando Valley – after Boogie Nights, Magnolia, and Punch-Drunk Love – is bolstered by a colorful ensemble much more like in these films, and so forth. Yet, this feels like a movie that Anderson could have only made at this stage in his career, for its many layers are handled with explicit care and precision in what could be his most personal story so far. It’s in this aspect that many have also likened this film to Quentin Tarantino’s Once Upon a Time in… Hollywood. PTA is no stranger to the Tarantino comparisons, having faced them before with his 1996 feature debut Hard Eight, but again, these are superficial remarks at best.

Yes, both Licorice Pizza and OUATIH follow a dynamic duo as they meet real-life personalities and discover themselves from one bygone era to the next – specific time periods and locations that are very personal to their respective storytellers. Both filmmakers also fill in many blanks with tall tales they’ve heard across their lifetimes first-hand. Even so, PTA’s film is much more about the trials and tribulations of first love, or at least what we convince ourselves to believe is first love. The ups and downs of thinking that you couldn’t possibly do better than the cards life’s dealt you at the moment. An intriguing theme that PTA serves with the most challenging twist, the unlikely relationship between his two fictional leads, 15-year-old Gary Valentine (Cooper Hoffman) and 25-year-old Alana Kane (Alana Haim).

It wouldn’t be a true PTA joint without some kind of tricky moral dilemma at its center. This tale of youth and lust kicks off when an overconfident child actor makes advances to a photographer’s assistant on his high-school picture day. She’s obviously older and out of his league, but finds some solace in the only poor loser who’s willing to amuse someone as bored in life as her. She entertains the idea of a first “date” and the two quickly form a relationship that brings out the best in each other, for better and worse. The closer they get, the more they struggle to define just what the hell they’re doing – not only as a duo but in the passing world around them. Gary can’t help but succumb to his massive crush on Alana, as any immature teen would, while she on the other hand knows that they can’t be anything more than just friends but can’t deny the emotional crutch she finds in him.

Licorice Pizza isn’t a traditional romance per se, as that would obviously go a bit too far. “You can tell there’s an incredible attraction between them, but there’s a line that can’t be crossed,” PTA tells Variety. One of the most transfixing elements of the film is precisely how much is left to interpretation. There are moments where Gary and Alana’s relationship comes off as both questionable and sincere for a variety of reasons; you’ll find yourself wrestling with the validity of their bond from beginning to end. And this is very much by design. PTA’s leads here are beautifully flawed and brutally honest, making them feel as believable as possible. And when such candid characters are challenged with what could be an illegitimate romance, their actions are as complex as real-life can be. It’s a high-spirited portrayal of free rein adolescence more than an actual love story, one that is guaranteed to gather different interpretations thanks to what PTA leaves for us to decide.

The film shines at full potential thanks to Alana Haim and Cooper Hoffman, both of whom make their acting debuts which is insane to believe. Licorice Pizza feels like it was almost destined for greatness given that PTA could have only made this much of a personal movie now with two fresh faces that only he could have trusted with the material. Alana coming from the musical group HAIM, which PTA has been directing music videos for over the last few years, and Cooper being the son of long-time collaborator and friend Philip Seymour Hoffman, the levels of trust between this “familial” group translates most effectively on-screen. Alana and Cooper are eclectic and electric, powering through this time capsule of a story with loads of charisma. A classic double act that stands out uniquely from the rest of PTA’s memorable leads.

It’s the main duo’s magnetism that lets us travel across the loose plot so smoothly. Another quintessential entry in “pure vibes” cinema (think the likes of Dazed and Confused and Everybody Wants Some!!) Anderson previously dabbled a bit with these notions in Inherent Vice – a film where you don’t question the lack of a direct plot or any of the random shit that goes on and just vibe along with the characters who are just as lost as you for two hours. PTA’s latest is similar in these regards and its title even reflects it. Named after an old SoCal record store chain, PTA says that it reminded him the most of his childhood and suggests that it’s also “two great words that go well together and maybe capture a mood.”

Now, Licorice Pizza is easily more accessible than Inherent Vice partly due to the source material and partly due to its vignette structure. It can be split into 3-4 different chapters, each with its own supporting cameos that almost steal the show. The gang goes from selling a waterbed to a coked-up Jon Peters (Bradley Cooper) during a gas crisis to working LA councilman Joel Wachs’ (Benny Safdie) mayoral campaign. Oh, and they also open a pinball arcade! Even though the pacing suffers from this structure ever so slightly, particularly somewhere in the middle, you’re always hooked and ready for what shenanigans could possibly happen next.

Despite its chaotic “just vibes” factor, PTA is undeniably in his full element here. With him also sharing a cinematography credit with Michael Bauman, almost every frame is rife with deliberate intent and inspiration. Though nothing is ever spelled out obnoxiously or is ever too self-indulgent – a noteworthy feat when compared to other filmmakers of PTA’s generation. Licorice Pizza simply boasts the makings of a filmmaker who knew exactly what story they wanted to tell and how they wanted to deliver it. A vision that is as clear and defined as it is mesmerizing. But more than anything, its feel-good nature and intricate tale of reckless youth are impossible to shake off. The kind of movie that will forever play at parties or hang-outs and you’ll be able to walk in at any point and be just as captivated.