‘Spider-Man: No Way Home’ Review – Full of Heart and Nostalgia 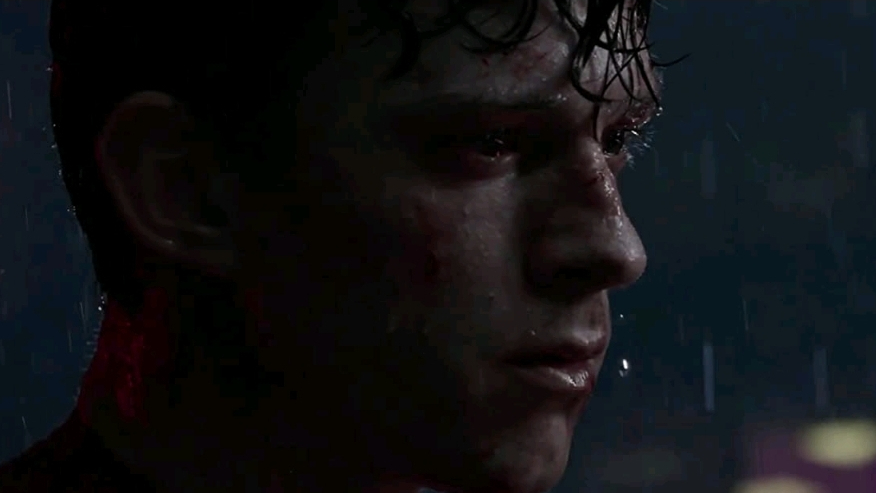 From rumors to leaked set photos, the excitement surrounding Spider-Man: No Way Home has been at a relentless, all-time high. The film is both the finale to Tom Holland’s first Spidey trilogy and the culmination of an almost 20-year-legacy that started with Sam Raimi’s first iconic entry. Picking up right where Spider-Man: Far From Home left off, Mysterio has revealed Peter Parker’s identity to the whole world. Peter, who is now entering his Senior Year of high school, is trying to balance his newfound fame and personal life, juggling the paparazzi and fans with college applications and a new girlfriend – a timeless Spider-Man narrative with a refreshing twist.

When Doctor Strange (Benedict Cumberbatch) and the unlimited possibilities of the multiverse come into the fold, Spider-Man: No Way Home seems like almost too big of a mountain to climb for director Jon Watts, who becomes the first filmmaker in the Marvel Cinematic Universe to complete a trilogy of films under the same series. This begs the question, does it live up to the monumental hype? With dedicated fans having gone as far as to dissect every trailer shot by shot and decoding every Tom Holland interview frame by frame, there’s a massive pressure to please and, rightfully, No Way Home does just that.

In so badly wanting to return to a life of anonymity, Peter pleads for Doctor Strange’s help, which of course, does more harm than good. A multitude of familiar foes have entered Peter’s realm through a broken spell and he must own up to his faults and send them back. But that’s not without his team of allies; Aunt May (Marisa Tomei), Ned (Jacob Batalon), and girlfriend MJ (Zendaya). As Strange says, they have to “Scooby-Doo this shit” before the multiverse starts to crack even further. Each villain, smoothly reprised by much-welcomed faces from previous Spidey films, swears they’re in the throws of killing their “version” of Spider-Man until they find out the unbelievable truth. They’re just as unfamiliar with the concept of the multiverse as Peter and the gang, thus making their villainous intentions harder to predict.

Returning as the Green Goblin, Willem Dafoe is as deliciously evil as ever. His back and forth, Jekyll and Hyde-like banter is as entertaining as it was almost 20 years ago. He seamlessly picks up right where he left off, making it feel as if his original performance was merely yesterday. Next, there’s Doctor Octopus (Alfred Molina), whose appearance, unfortunately, suffers from some lacking de-aging CGI, but he’s still an undeniable screen presence. It’s hard not to sympathize with him even when he’s set to kill, thanks to Molina’s range. A surprising turnout is Jamie Foxx’s Electro, who carries enough similarity from when we last saw him in The Amazing Spider-Man 2, though this time he is allowed to flex more of his natural comedic talents. He’s far more enjoyable than he was last time and Foxx is clearly enjoying his reprisal to the best he can.

Another welcome development in the plot is more of MJ, she truly bears the weight of Spider-Man’s responsibilities. Zendaya delivers her most multilayered rendition of MJ yet; she’s proactive and helps problem-solve when need be. Of course, that’s not without trusty Ned to help save the day. Going further, it’s exciting to see No Way Home delve into Ned’s Filipino heritage nonchalantly. There’s even a scene that takes place in his home with his Lola (grandmother) where she pesters him in Tagalog. Though it may seem like a only small scene at first, it easily turns into one of the more standout moments of the entire film. MJ and Ned specifically also take more steps away from the sideline, getting in on more of the action and stealing more scenes when they can, as they’ve earned more than their due in this series by now.

Needless to say, there is a lot happening in No Way Home. The story packs in so much while still trying to deliver the recognizable humor, romance, and loads of action that Tom Holland’s Spider-Man has just started to become known for. Despite tackling a lot in just the first 30 or so minutes, the film doesn’t really find its footing until Doctor Strange comes in. The traditional MCU humor doesn’t always land with the returning Spider-Man villains as well. Nostalgia is warranted to a degree, however, some legacy characters feel almost too out of place when treated as gags. Ultimately, No Way Home does somewhat follow the tired yet still winning narrative formula. At times, the plot is almost too predictable with some thrilling exceptions. Although, where most MCU third acts focus solely on the action, this one takes a surprisingly more emotional turn. Peter’s arc is rooted in tough decisions that must come after putting his own wants and needs aside – a captivating theme that glues the whole movie together.

With a jam-packed cast of characters to juggle around, a nostalgia-heavy plot, and a finale of epic proportions, Spider-Man: No Way Home is something you have to see to actually believe. It’s hard to compare this to its two predecessors, given that they had much smaller intentions in mind. No Way Home is much more of an event film when not only put against those films but much of the MCU’s Phase 4 in general. Though it can often get a bit overbearing, with either its fan service or complex story, all is saved by its strong cast and the dynamic relationship between Tom Holland and director Jon Watts.

In spite of numerous delays and possible studio interference in the early stages of development, Jon Watt’s voice still manages to shine through. He and Holland’s love and care for the character clearly carry over from before and make it all worthwhile. Plus, Holland and Zendaya’s chemistry is more off the charts than ever, you’ll be rooting for them through every web sling. No Way Home, complete with all of its flaws and perfections, will make you fall in love with Spider-Man all over again. And looking back at its long, complicated journey to finally reaching the big screen, that’s the best thing it could do.