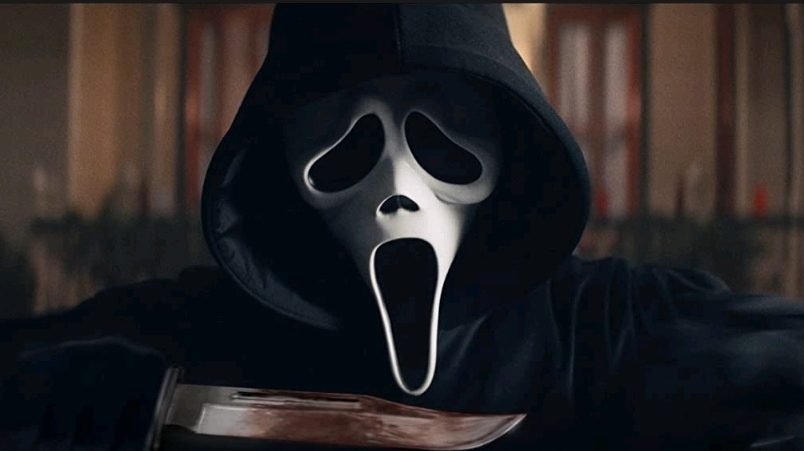 If there was a horror revamp that had the most difficult uphill climb to conquer, proving its own worth and need for existence, it would surely be this year’s Scream. Now 11 years after Scream 4, the last film that legend Wes Craven gave to the world, what point is there to make another sequel besides the obvious (money)? Also, who would be daring enough to helm another entry to a franchise that is completely synonymous with the filmmakers responsible for it? Enter Ready or Not directing duo Tyler Gillett and Matt Bettinelli-Olpin who tackle this latest Scream with enough confidence and charisma, not surprising to anyone who’s been following their rising careers in horror. But despite some notable highs, Scream (2022) still leaves casual and dedicated fans with the looming question, “Was this really worth it?”

First and foremost, any modern Scream sequel must find its own voice within the current state of horror and moviegoing. Through some ups and downs, each addition to the franchise still found fresh ways to speak to its time. Meta storytelling and camp are also crucial, but as shown by recent fan-favorites like James Wan’s Malignant, self-awareness and camp are at their most effective when totally sincere and committed to, even if extremely silly. It’s in these regards where Scream (2022) gets it right. The meta-commentary is as in the moment as it can be (characters literally discuss Jordan Peele and A24) and how far it dares to reach with inside internet humor and references is actually quite hilarious. The film kicks off with these quips right from the very start, making it clear that despite none of the original filmmakers involved, this is still tonally the same Scream from before – not some skewed version.

Next up, making another Scream would be especially difficult considering what its predecessor already did. Given the recent trend of legacy sequels, especially with horror as seen with David Gordon Green’s Halloween and even Netflix’s upcoming Texas Chainsaw Massacre, seeing Ghostface again was almost inevitable. The only issue, Scream 4 was already a legacy sequel of sorts before Hollywood caught on to the trend (Craven setting the blueprint as always). That movie already introduced a new group of young teens who somehow put the classic characters in the middle of another murder mystery. That movie also, funny enough, brought the series back after over a decade. Screenwriters James Vanderbilt and Guy Busick attempt to overcome this challenge by making Scream (2022) a direct response to the legacy sequel of this very day. If Craven set an example with Scream 4 in 2011, then this latest installment is critiquing how stagnant the trend has become since then. Sadly, this is where the film gets contrived within its own purpose.

Scream (2022) follows the beats of any other legacy sequel, or “requel” as some might say. Ghostface returns and targets a group of tight-knit high schoolers. The fresh faces know the rules of the game, “everyone is a suspect,” but something is off this time. Thus, they reach out to the “icons” of this franchise for possible help, and who could have guessed, the returning characters are more linked to the mystery than they initially thought. It’s not so uncanny at first, given that this is Scream after all, and everyone involved points out just how by the books it is, by recent standards at least. The roles are all there – the destined scream queen, the boyfriend, the jock, the film nerd, etc. – though to the film’s credit, it does a fair job of spicing up the titles for this specific story. The teen leads reflect today’s generation in the best ways, giving the movie the right kind of camp it needs. From Jenna Ortega, Dylan Minnette, to Jasmin Savoy Brown, the group knows when to play it for laughs while still keeping it genuine.

Unlike its predecessor, Scream (2022) puts the old cast in more of a backseat than expected. This isn’t really Sidney, Gale, or Dewey’s story, which is fine in theory. However, as the plot progresses, everyone’s set role makes everything so much more obvious. This isn’t to say that all the previous films didn’t have elements that were easy to predict in one way or the other, but in this case, the truth is that Scream (2022) isn’t as cunning as it thinks it is. For the first half, it pokes fun at itself for being this “requel” that mixes some of the old with the new, as expected. It loves to wink at the viewer and point out all of these well-known, current tropes… to only later fall into the same habits of what it’s commentating on. Once again, the movie clearly knows this and spells it out for the audience, even when it doesn’t have to because everyone already saw it coming a mile away. Is it really all that exciting when everything is playing out as expected, even if the film is saying “I told you so”?

Going further, it’s more disappointing to see Scream (2022) simply repeat things that have already been done in this franchise. It’s all tongue in cheek sure, and revealing what’s exactly repeated here dives too far into spoilers, though it’s one of the undeniable factors that holds this installment back when compared to the rest of the series. The sequels may all have their own issues, but they can’t be dinged for bringing new things to the table, and more importantly, having their own identity. Following up Wes Craven himself was never going to be easy, and Tyler Gillett and Matt Bettinelli-Olpin do their best with giving homage and staying true to what Scream is really all about, and it mostly works! And yet their dedication often feels more like imitation, replicating what’s worked before for the sake of meta “requel” commentary that’s somewhat lacking in its own originality.

In the end, Scream (2022) does have its fair share of saving graces. When this directing duo is allowed to bring their own spark, it makes for a bloody good time. If there’s one thing this entry will be known for, it’s going to be gnarly kills. Additionally, the main motivation behind the latest murders fits perfectly within the series and does almost make a fifth sequel in 2022 worth it. It’s the sharpest thing in the script by far, apart from Ghostface’s blade. The hysterical concept certainly deserves to be in a stronger movie, one that has more thrilling ideas to back up its main point. In a vacuum, Scream (2022) is just fine. When looking at the greater picture, one can’t help but wonder what could have been. Its modern meta-humor will definitely strike a chord with younger horror fans. If they’re at all enticed to check out the previous films, then maybe that’s worth something.