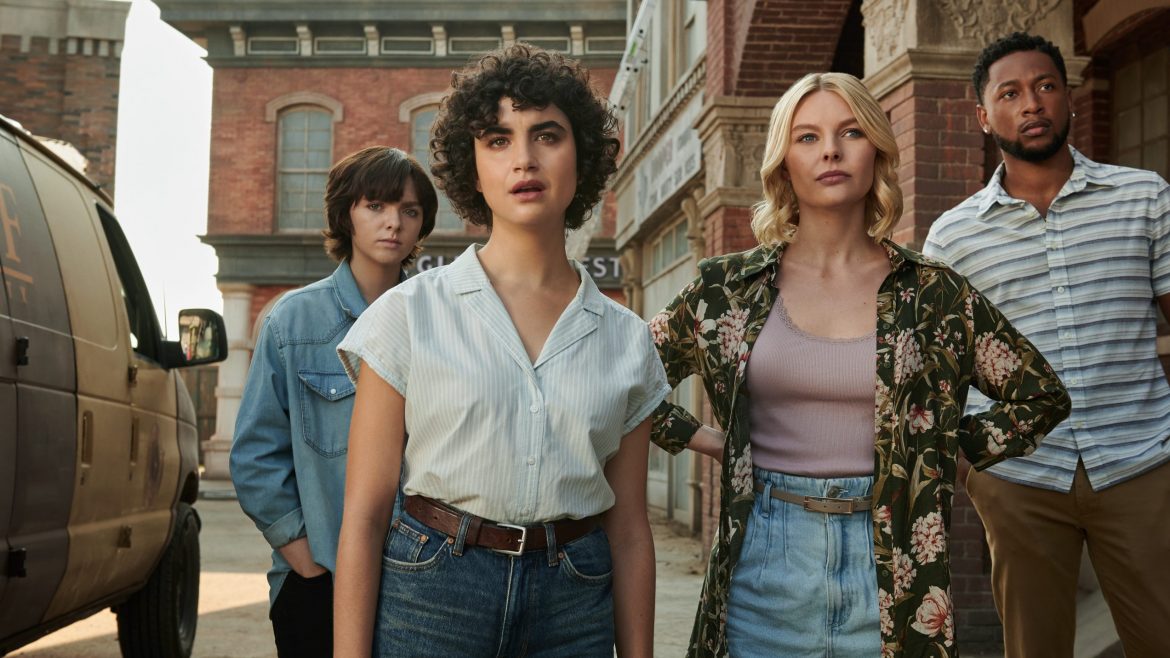 1974’s The Texas Chain Saw Massacre changed the horror scene forever with its unique vision of hillbilly hell. From the very first appearance of the now-iconic slasher villain Leatherface, it’s clear that director Tobe Hooper was tapping into a truly visceral sense of random acts of violence, and the madness hidden away in plain sight throughout America. The film is heralded as one of the first in the slasher genre that would rise in the years following it, and introduced moviegoers to one of the genre’s first hardcore survivors, Sally Hardesty, who is the sole person to escape the cannibalistic clutches of Leatherface in the original film.

In the decades since, the film has gone on to inspire multiple sequels, remakes, and prequels with their own array of final girls and survivors. The latest entry in the franchise, simply titled Texas Chainsaw Massacre on Netflix, wipes the convoluted timeline clean by acting as a direct legacy sequel to Hooper’s original. This time around, the Massacre gets a modern update from director David Blue Garcia, with an older Leatherface (Mark Burnham) emerging from years of hiding to repel a group of young gentrifiers away from his rundown hometown of Harlow.

Sally Hardesty (Olwen Fouéré, taking over the role from the late Marilyn Burns) is pulled back into the violent orbit of her original tormenter once things get out of hand, but this latest film smartly gives us not just one, but two final girls this time around by centering on the story of sisters Melody (Sarah Yarkin) and Lila (Elsie Fisher). Texas Chainsaw Massacre specifically sees Sarah Yarkin in yet another horror role, previously staring in Happy Death Day 2U and Motherland: Fort Salem. Despite this fact, she tells us that she’s still very much afraid of the genre. In sitting down with Yarkin, we were lucky enough to dive into how she got involved in the Texas Chainsaw franchise and her personal history with horror, including how Tobe Hooper’s 1974 classic affected her when watching it for the first time.

You hadn’t seen the original Texas Chain Saw Massacre until landing this role. How was your experience watching it?

Sarah Yarkin: I don’t like horror movies. I don’t like being scared. I’m scared of everything! So I said to myself, “I will not put myself through this unless I have to, unless I get the role.” I got the role. I sat down alone at home with my dog, and it was horrifying. Why did I watch it at night alone? I don’t know.

Again, I don’t watch horror movies because I’m scared of everything. But this was so, so much more psychologically disturbing than I could have imagined. I thought it would just be like a normal horror movie where she’s running, but you see the family and it’s so demented. That was a terrifying experience, and terrifying knowing that I had to live up to this. Holding that weight was scary in and of itself.

Is there anything you were able to take away from watching it and bring into the new movie?

Sarah Yarkin: Obviously, I needed to see it for backstories. Our movie is a direct sequel to the first that takes place 50 years in the future. We’re dealing with Sally Hardesty, who was the final girl in the original movie. So I obviously needed to understand what the script was even about. After seeing it, it was cool to show up to set and be like, “This is the town!” and to imagine that kind of lore in my head from the first movie to ground it in reality.

Are there any scary movies from your childhood that really affected you or were you able to just avoid them completely?

Sarah Yarkin: I really don’t remember watching horror movies because again, I was scared of darkness. I just watched Homecoming and I’ve said to my friends, that’s a horrifying show. And they were like, “No, it’s not. It’s a family drama.” At night! So much of it takes place at night! It’s so scary.

I do remember being in like the eighth grade and sneaking in with my friends at AMC. We went to an R-rated movie and it was a horror movie. I remember being like, “This is so cool.” And then I remember 10 minutes in, I looked to my friends and I snuck out and waited in the lobby. There was a guy with a flashlight looking for us and I was like, “It’s all too much, I’m out.”

So it became scary in real life.

How did you become involved with this particular scary movie then?

Sarah Yarkin: I got an audition and I didn’t expect to hear back. Then I had a second audition for the producers and the director. This character, Melody, is written as a 25-year-old or so and I’ve been playing younger my whole life. So reading that I was like, “I’m not gonna get this.” 25 is an adult, I’m a kid. (I’m older than 25.) I’m all in my head, I remember being in the waiting room for the audition and I’m sitting there and all these women are coming out of the audition room. Real women, like adults. What am I doing here? I’m a child! This is such a waste of time!

I do the three scenes and as I’m doing them you kind of get the vibe of the room and if it’s going well. Slowly, by the third scene, I saw the directors put their clipboards down and they’re kind of looking around smiling and I’m standing there like “Did I just book this?” I finished the scene and everyone was looking at each other smiling and I just went “Okay, bye!”, and I just walked out. And then I got the role. But later they told me, “That was such a power move, that you just left.” I felt uncomfortable! I didn’t know what to do! My heart was racing.

What was it like to go off and shoot this film in Bulgaria before the first year of the pandemic was even over?

Sarah Yarkin: This was August, September, October 2020. So we were unvaccinated, going into a foreign country. We were under all the COVID protocols in Bulgaria, but they hadn’t been hit badly then at all. We still couldn’t go to restaurants and things like that, but getting to explore a new city during the pandemic, when we weren’t allowed to travel, felt like a little reprieve from lockdown in LA. It’s a beautiful city, it’s really interesting, beautiful parks. So whenever I had a minute – which wasn’t a lot – I would walk through these parks and it was really therapeutic in its own way. But it did feel like a little deranged summer camp, being there in this pod and shooting a movie in Bulgaria during a pandemic.

I’m always amazed at actors in horror movies like this where it requires so much of you both physically and mentally. Does it just completely wipe you out?

Sarah Yarkin: I learned a lot on this, what maybe not to do, and what, if there was a next time, I had to do to get to these emotional and physical states. It did wipe me out. Really, I would have done things differently. It was really physically and emotionally draining in many ways that I couldn’t have expected going into it. I think I was putting a lot of pressure on myself because I really wanted to do well. I think that added to not dropping the character when I got home. I was kind of sitting with those emotions every day, and then having to get there on set every day. I learned so much but it was kind of insane.

With so many gross and insane effects in this movie, were there any you saw in action that genuinely freaked you out?

Sarah Yarkin: So much was done in post-production. So getting to see it was like, “Oh, they did that? That looks sick.” I’d heard so much about the bus scene leading up to it. Elsie [Fisher] and I, we aren’t in the whole scene. We don’t see a lot of the massacre. I didn’t see it all until I saw the movie. Seeing it, I was like, “This is so fucked. This is disgusting.”

There was one scene where I was in the front seat of the car, and it was night there, very late and we’re soaking wet. David [Blue Garcia] was next to me and was like, “So you’re watching this” and describing what I was supposed to be seeing. I don’t really get it. Like, I don’t know what’s happening. And he was like, “Just react to it!” To what? Because again, I wasn’t actually watching it. So then seeing it later I was like, “Oh my god, do my reaction now! Tape me now! This is insane!” It was just so insane.