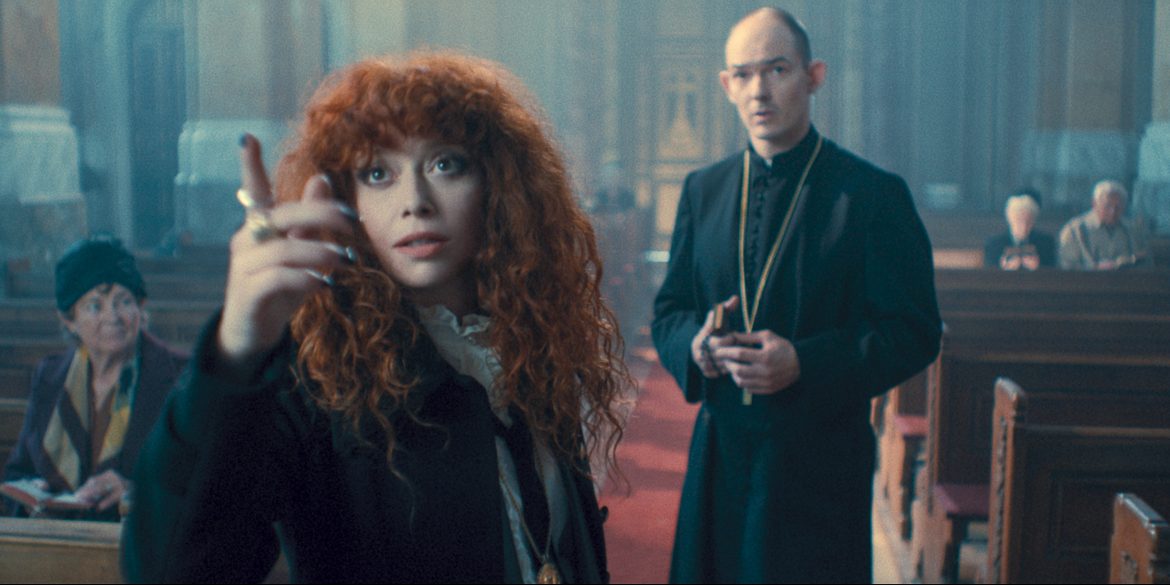 As usual, Netflix is rolling out a long list of original films and shows in April 2022. Already this month, subscribers have been treated to the premieres of Richard Linklaters’ Apollo 10 1/2: A Space Age Childhood, Peter Sollett’s Metal Lords, and the latest Netflix original horror film Choose or Die, starring Asa Butterfield. Still on the way in the latter half of April are the second seasons of Russian Doll and the breakout anime Pacific Rim: The Black, as well as the hotly-anticipated series finale of Ozark. Heartstopper is another premiere to keep an eye out for. The LGBTQ+ rom-com is adapted from the graphic novel of the same name and stars a slew of fresh-faced teen actors, further adding to the authenticity of the subject matter. Heartstopper is looking to be another bright spot in LGBTQ+ representation within the massive streaming landscape.

When it comes to older and classic films, there’s been plenty of new arrivals to choose from this month. The Blade Trilogy starring Wesley Snipes just came over from its previous home on HBO Max. Other popular must-sees such as Christopher Nolan’s Inception, Spike Jonze’s Her, and Dan Gilroy’s Nightcrawler have also returned to the streamer. Some beloved Dreamworks animated entries like Puss in Boots and How to Train Your Dragon are back on Netflix too. If you’re in the mood for indie darlings, We the Animals is an underrated coming-of-age drama that is very much worth the time.

Find out more on our recs along with the full list of everything coming to and leaving Netflix in April 2022 below. You can also find this month’s latest additions and exits from Disney+ and HBO Max right here on DiscussingFilm.

During its initial premiere last year, Pacific Rim: The Black gave the fans of Guillermo del Toro’s rich universe a much-needed boost after the disappointment that was Pacific Rim: Uprising. “While the films only scratched the surface of Earth in a post-Kaiju world, The Black seems keen on entering fresh territory,” and season 2 will continue expanding on the franchise’s lore by featuring Kaiju-human hybrids, new locales, and even Kaiju worshipping supernatural cults. These latest episodes will bring the show to an end, wrapping up the story of two renegade Jaeger pilot siblings lost in the wastelands of Kaiju-ruled Australia. Pacific Rim: The Black may have had a short lifespan, but viewers can’t deny that it wasn’t sweet.

Russian Doll is back after 3 years since its initial premiere, so fans have waited long enough, to say the least. Series creator and star Natasha Lyonne, along with co-creators Leslye Headland and Amy Poehler, are here to prove that they can go even further and wackier with their time loop concept of a show. This new season ups the ante and sees Nadia Vulvokov travel to various points across time, in alternate timelines in some instances, while putting a comedic spin on sci-fi tropes in the process. There’s an argument to be made that Russian Doll saw the potential in the whole “multiverse” schtick before it became popularized by superhero media, making season 2 all the more exciting with its new concepts and unique sense of humor.

The final 7 episodes of Netflix’s acclaimed crime drama Ozark are arriving a bit sooner than expected. Subscribers were treated to the first part of season 4 only a few months ago in January, leading to speculation that Netflix was splitting the huge finale to one of their most beloved originals as a move to boost their Emmy chances for next year as well. Well, that’s not the case for both parts of season 4, despite being split, fall under the same time frame for Emmy consideration this year. So if Ozark was to make waves at the Emmys, adding to the 3 Emmy wins already under its belt, it’s now or never. This all depends if the series can stick the landing, of course. Will the Byrde family be able to walk away from all their crimes scot-free, or will there be more bloodshed in the show’s closing moments? It’s time to find out.

Netflix is losing some beloved titles in April 2022, films that practically every film lover should take the time to see. The Killing of a Sacred Deer and The Florida Project are already being severely missed since they left early in the month. Make sure to catch Léon: The Professional, The Shawshank Redemption, and Snatch before it’s too late. King Arthur: Legend of the Sword and The Town are other fan favorites that always find their way high on Netflix’s top 10 list, savor them while they last. Start clearing your watchlists and check out the entire list of everything leaving Netflix in April 2022 below.

Star Trek: The Next Generation: Seasons 1-7

The Killing of a Sacred Deer

House of the Witch

King Arthur: Legend of the Sword