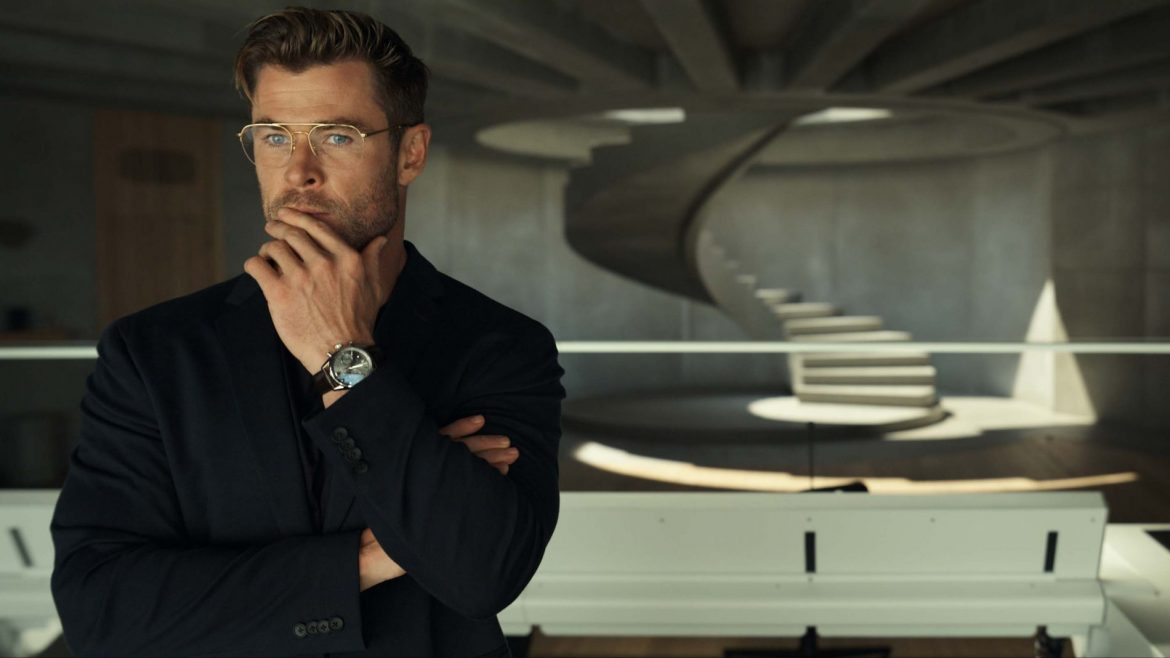 Since the release of Deadpool back in 2016, writing duo Rhett Rheese and Paul Wernick have seen a non-stop rise in success. From continuing their beloved comic book series in Deadpool 2 to other recognizable big-budget projects such as Life and Michael Bay’s 6 Underground, the two writers have had quite the stacked schedule. Their latest release, Netflix’s Spiderhead, is a passion project 10 years in the making.

Directed by Joseph Kosinski, who is still riding high on Top Gun: Maverick‘s massive box office records, the film is based on George Saunders’ sci-fi/thriller short story Escape from Spiderhead. Audiences follow two inmates who form a connection while grappling with their pasts in a state-of-the-art penitentiary run by a brilliant visionary who experiments on his subjects with mind-altering drugs. Instead of the typical prison system, the incarcerated at Spiderhead are able to cook, clean, work out, and live fairly normal lives. The real punishment comes from enduring brain-altering tests.

We recently sat down with Rhett Reese and Paul Wernick to dive into their Spiderhead script and the 10-year process it took to get the story to screen. We cover their relationship with Joseph Kosinski, why Chris Hemsworth was the perfect choice to portray the film’s villain, and get new updates on their scripts for Deadpool 3 and Clue. Both of these former Fox projects put Reese and Wernick under new circumstances now that they have to work under Disney, but as the writers reveal below, Deadpool 3 and Clue are currently on two different paths.

It took you 10 years to get Spiderhead to the big screen. How drastically did the script change, if at all, in this long process?

Paul Wernick: It took us 10 years to get it on screen. We wrote it in about two and a half months, roughly 10 years ago. Like many movies, the challenge is to get the green light and get them up on the screen. And particularly for a movie like this, which isn’t a superhero movie, it’s not a sequel. It’s based on a short story but it’s not the traditional shiny IP that most studios embrace with open arms. Originally, we were attached to direct. We tried to put it together for several years with actors and financiers, and ultimately just got too busy with Deadpool.

Deadpool caught fire and took over our lives. We had to excuse ourselves from the directing chair and Joseph Kosinski then came aboard with Netflix as well. Once that happened, everything moved pretty quickly. Chris Hemsworth got his hands on the script, he read it and fell in love with it. And we were off to the races if there’s such a thing as a race 10 years later.

Rhett Reese: The script is not that different. There were certainly many changes made on behalf of the director and the actors in the studio, particularly the ending, which went through about 18 different versions. But the overall spine of it stayed the same for 10 years.

Paul Wernick: I mean, it was based on George Saunders’ short story. So we were working off a brilliant framework that he built the foundations for us. So it couldn’t change too much given that, you know, we wanted to pay homage and respect to George’s brilliant work. We wanted to keep true to his kind of tone, feel, and themes.

Joseph Kosinski is hot off the press for Top Gun: Maverick, which is still currently breaking records at the box office over a month after its release. What can you say about working with Kosinski?

Rhett Reese: He’s terrific. He’s just about the biggest brain in any room he walks into, and he has a very good logical story sense – a great eye for the frame and what should fill it. We really love Joe to death. I don’t think it’s any surprise that this feels like the summer of Joseph Kosinski, we’re really proud of him.

Chris Hemsworth is such a great actor, and specifically a character actor. What was it like writing such a different type of character for Chris to inhabit?

Paul Wernick: You know Chris, he’s a superhero. He’s a real-life superhero. He looks it, he acts it. If I were to put myself in his mind for a moment, he doesn’t get to play the villain very often. He’s the protagonist usually in movies, and rightfully so. I think this was his opportunity to show the world that he can flex his acting muscles in addition to his big muscles and do something different. The world’s never seen Chris like this. It’s just eye-opening and delicious to see him chewing it up and really inhabit the character who just happens to be the villain, but in his own mind is kind of the hero of the piece. So that was a complex thing for Chris to embrace, and he did it brilliantly.

So what about George Saunders’ short story made you guys want to write a full-length feature out of it? Did George himself ever give any input on the script?

Rhett Reese: We did have conversations with George and he read various drafts. He even wrote the very final narration in the movie, sort of especially for us. He’s a brilliant man. The tone he brings to his stories is unique. Escape from Spiderhead was a strange mix of dark comedy and philosophy with pretty grim, depressing stuff and violence, all in a terrific cocktail. We fell in love with that immediately.

Really, our number one task was just to try and honor that shifting tone, to try to honor some of the big ideas about love and pharmacology, and to not have an audience feel it when his short story ended. Then have our three-act movie continued, because we obviously couldn’t use more than the story, which itself didn’t lend itself to an entire feature film, so we had to build upon it and make sure that his voice matched ours. That was the terrifying prospect.

I did want to mention Deadpool 3 but to avoid Kevin Feige showing up with a sniper, I’ll keep it easygoing. How has it been working on the Deadpool 3 script under this new regime compared to the first 2 films?

Rhett Reese: It’s almost like putting on a comfy old sweater. Marvel’s really given us the support to maintain the tone and the vision that we have for it. They’ve been very hands-off and supportive, but they’ve also let us do what we do. So really, it’s just been fun. We’re mad scientists back in the laboratory again. Deadpool is our favorite who will always be the character I think we’re most associated with, and we’re very grateful for being allowed to write him again. So it’s a blast. It’s like going back to school again after having summer off. It’s pretty fun.

Speaking of Ryan Reynolds, a while back he mentioned how he hopes to one day do the Clue movie he was meant to star in. Is that script something you would both want to come to fruition one day?

Rhett Reese: We’ve written a draft of Clue, and it’s still in development over at Fox [20th Century Studios]. So it’s sort of bumping forward, whether it becomes a movie or not is generally in the hands of the movie Gods and not ourselves. So we did our best on it. We’re proud of it. We love the franchise, and Ryan’s schedule is a busy one, so he has to choose among many projects.

We’ll see if Clue ends up coming to fruition, but it’s something we all care pretty deeply about. It’s a fun old movie that I think has passed into memory generationally, but for the people who do remember, it was a blast! We would love to take a crack at bringing it to life again.

Spiderhead is streaming only on Netflix