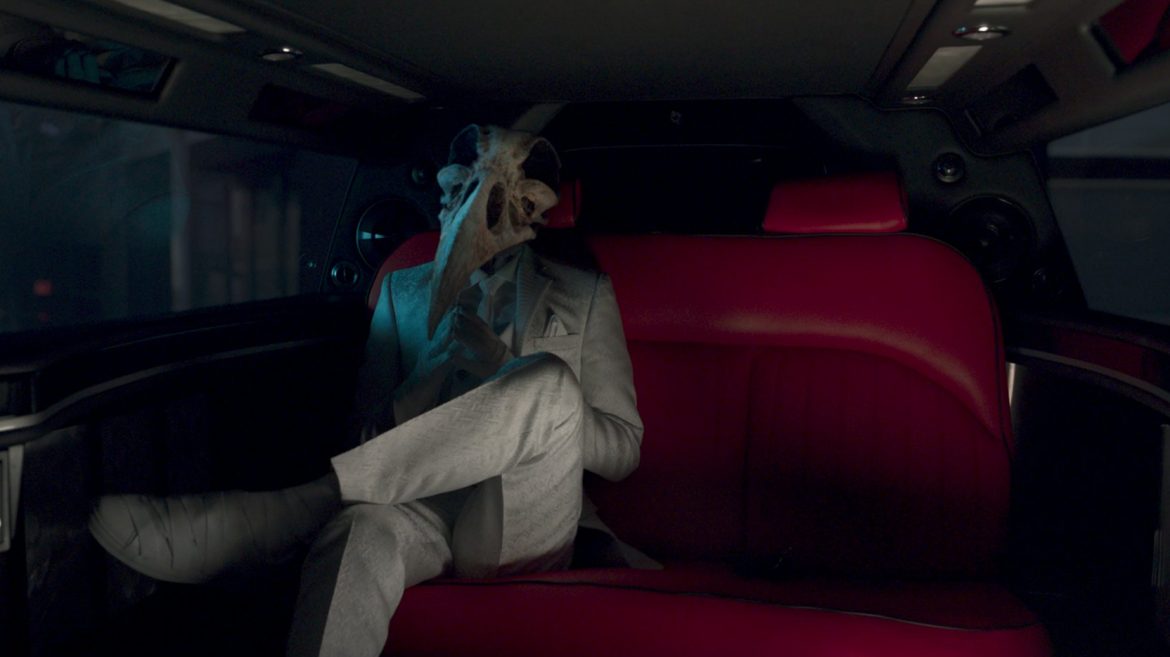 Over the last five decades, F. Murray Abraham has graced film, television, and theater like no other. The Syrian-American actor rose to fame in the 1980s, following his Academy Award win for Best Actor in Amadeus, marking yet another historic moment for Arab representation at the Oscars. His resume speaks for itself, having recognized roles in Brian De Palma’s Scarface, Wes Anderson’s The Grand Budapest Hotel, and even as the main villain in one of the most underrated Star Trek films. Newer fans may know him from the Apple TV+ comedy series Mythic Quest, though he just hit a significant stride with the Marvel Cinematic Universe. Previously known for lending his resonating vocal talents to films like Isle of Dogs and How to Train Your Dragon: The Hidden World, F. Murray Abraham now adds Moon Knight and the pivotal role of Khonshu to this growing list.

F. Murray Abraham’s vocal performance as Khonshu, the Egyptian God of the Moon, has earned him a nomination at the 2022 Emmys, counting as one of the Moon Knight team’s 8 total nods. In the series, Khonshu enlists mercenary Marc Spector (Oscar Isaac) to do his bidding as his super-powered avatar. Their goal is to stop villain Arthur Harrow (Ethan Hawke), a former ally, from unleashing the full force of a more dangerous Egyptian God into reality. But one of Marc’s enemies along the way appears to be himself, as he struggles with dissociative identity disorder and keeping his other personas in line with Khonshu’s orders. Sticking closely to the magical side of the comics, Moon Knight struck a strong chord with audiences thanks to its multiple layers of representation in this untapped corner of the MCU.

Continuing with our exclusive interviews with the creatives behind Moon Knight, which includes Layla actress May Calamawy and director Mohamed Diab, we sat down with F. Murray Abraham to reflect on his voice acting process for Khonshu as well as his long-term friendship with co-star Oscar Isaac. As the Oscar-winning star reveals to us, he has a very specific outlook on the MCU God and could have almost voiced him quite differently in the final show.

How have these past few months been for you following the Moon Knight finale?

F. Murray Abraham: Let me tell you something really interesting, I mean, at least it’s interesting to me. I got a fan letter from China about Khonshu. I was shocked! They sent me three pictures of Khonshu and they wanted me to sign them. I was delighted. China! Can you believe it?

Do you get fan mail quite frequently?

F. Murray Abraham: I do but not from China! That’s a first. You don’t seem surprised.

I’ve spoken to many of the Moon Knight cast and crew about how much of a global impact the show has had, it’s deserved and I can’t say I’m too surprised. How did you first get involved in this particular world of Marvel?

F. Murray Abraham: Oscar [Isaac] is an old friend, we did Shakespeare together as well as Inside Llewyn Davis with the Coen brothers. But he says he was not involved in getting me in [Moon Knight], he said Marvel came up with it. It’s one of those lucky things in my profession. I think in this life, luck plays a big part.

I asked Mohamed [Diab] how he thought of me and he said it was obvious to him. That didn’t answer my question (laughs), but I told him that when I got the script, I really prepared and worked on different voices for Khonshu because I had no idea what they were looking for. We hadn’t had any discussions. So I tried different things. Then when I introduced the voices to him, he said, “No, I want your regular voice, I want you to do it as if you were the guy.” So it was really Mohamed’s idea and it worked out. Apparently a lot of people like it!

Well, your fan mail from China says it all.

F. Murray Abraham: It really does!

You’ve had such a wonderful career on screen, but what is it about voice acting that you enjoy specifically?

F. Murray Abraham: It’s going to be hard for you to believe this, but I was around before television, at least in my little town where I’m from in Texas. I grew up on radio and so that’s very real to me. Radio dramas and listening to their voices, it’s reality to me. So [voice acting] is a delight. I’ve recorded books too and that is a revelation in what you can do with your voice. It seems to me that recorded books are very big these days.

Do you find the process very different?

F. Murray Abraham: Oh, absolutely. It all springs from the same imagination, but you can do more with your voice because you almost have to stretch it in order to create the image you have in your mind. If you’ve had an opportunity to watch the filming of someone who’s doing voice recordings, they are really acting their pants off. Their faces do things that you couldn’t do on camera and get away with. My acting work is fun to me anyway, but this is a different kind of fun.

F. Murray Abraham: I didn’t know anything about it at all except what I had learned from my kids. I think most children go through a phase where they just love Egyptology. When my kids were little, my son Naseem and my daughter Jamili, the great famous Nefertiti exhibit was touring the country. It was packed, it was big, and they were just carried away. We had Egyptology stuff everywhere, with the drawings and the jewelry that came out.

You can’t live this life without knowing a little something about it because evidence of it is everywhere. For example, Cleopatra’s Needle is here in New York, it’s also in London and Paris, it’s things like that. But actually knowing their mythology, that’s a little rarer. I think what Mohamed is accomplishing is reintroducing Egyptology into the mainstream, not just with stories but also with the talent he’s using. There is a lot of Middle Eastern talent in [Moon Knight] and even the music, it’s very bold and daring.

Did you do much research into the lore of Khonshu?

F. Murray Abraham: All you had to do was look at the script. The guy is a treat, he really is. I see him as outrageously funny. I think he’s a good guy, he’s willing to do things that a lot of people wish they could do. It’s kind of vigilantism but just the way he is like, “Go ahead. Give it to him, break his windpipe!” (laughs) I didn’t have to do too much research when I was working on the voice, but I looked into the mythology afterward and it is very rich.

How did you go about crafting the dynamic between Khonshu and Marc Spector/Steven Grant?

F. Murray Abraham: It was terrific because Oscar is a friend of mine, so I drew on that. It’s an interesting relationship because since I’ve known Oscar, he has become quite famous. I knew him before he was famous. I knew he had talent and I was, in a quiet way, trying to encourage him to expand, to continue, to do more Shakespeare, which he was already in love with. He didn’t need encouragement, but that’s the kind of thing that fits into our relationship in this piece of work that we finally did together.

What was the recording process like on Moon Knight?

F. Murray Abraham: It’s very tedious. I had to go back to rerecord many times. You need to be able to have the time and the leisure to take a close look at what they have recorded, and how it works with the visuals. That’s a delicate thing because sometimes you’re in love with a reading, but it doesn’t work. It just doesn’t fit. I’m not talking about syncing, I’m talking about the meaning and the feeling. So what you do is rerecord or you change a few words and they have to keep on laying it in.

The trick is to maintain what you’ve already recorded and add new stuff without it having a different tone, a different tambour, or a different feeling. It becomes a highly technical skill that the crew has. I was working at probably the best studio in town, so that helps. But these people, they know what they’re doing and it’s a pleasure because you can trust them.

Moon Knight has been so powerful for Arab representation. As someone who has Syrian heritage, what is it like to be a part of something that celebrates our culture positively?

F. Murray Abraham: It is very important to me. I am the spokesman for the Multi-faith Alliance for Syrian Refugees. We have been raising money for years now, and have made over $150 million for them. So it’s very important that people stop demonizing Syrians particularly.

Lastly, congrats on the Emmy nomination you received for voicing Khonshu. How does that feel?

F. Murray Abraham: Isn’t that great! I feel good, of course. It’s a nice group [of nominees], I know a couple of them, and you can’t help but be happy for all of them because they are good people by the way, which is a plus that I happen to like them.

All episodes of Moon Knight are streaming only on Disney+