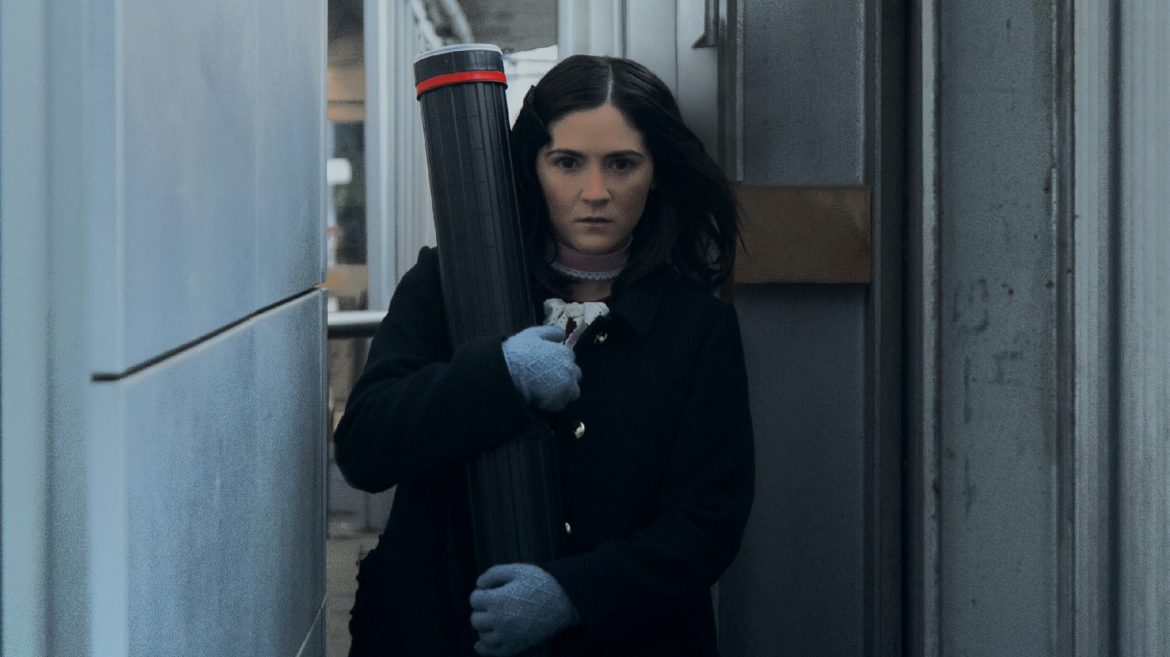 The persistence of Orphan in popular culture is quite remarkable. Released in 2009, Orphan acquired a decent box office haul and mixed reviews. Nevertheless, the film’s sinister atmosphere and its unforgettable twist – titular orphan Esther (Isabelle Fuhrman) being an escaped 33-year-old mental patient with a rare disorder that gives her the appearance of a child – kept it alive. Directed by Spanish filmmaker Jaume Collet-Serra, of recent Jungle Cruise and Black Adam fame, Orphan is now something of a cult classic, but one that’s hard to cash in on. So when Paramount+ announced that it would be home to the new prequel Orphan: First Kill aside from playing in theaters, doubt was cast on whether that same appeal could be recaptured or if it was simply 13 years too late.

In making an Orphan follow-up, the first hurdle is the lack of surprise. We already know what’s wrong with Esther, where do we go from here? Secondly, Isabelle Fuhrman is now a full-grown adult in real life, whereas she was only 12 years old at the release of the first film. How do the filmmakers work around these setbacks? Well, the answer is apparently adding an additional challenge by making the next film a prequel. Yet, against all odds, Orphan: First Kill really works and is a worthwhile addition to Paramount+.

From the jump, Orphan: First Kill sets the right tone, opening on everyone’s favorite murderous 30-something “child,” then going by the name Leena Klammer (Fuhrman), in the Saarne Institute of Estonia. Heavily monitored due to her danger, Leena isn’t one to stay put for long. In a sequence of events involving bloodshed, manipulation, and more bloodshed, Leena makes her bombastic escape. Director William Brent Bell (The Devil Inside, The Boy), doesn’t leave fans of the original film wanting more in regards to sheer horror and violence.

The first 15 minutes or so are packed with brutality and high tension as Isabelle Fuhrman slips convincingly back into the role of The One Soon To Be Known As Esther. Instead of simply digitally de-aging Fuhrman, the focus on practical techniques such as forced perspective and body doubles makes the transition between her performance in the 2009 original and this prequel seamless. Moreover, the fact that Orphan: First Kill overall looks significantly cheaper than the first film isn’t an issue in these scenes set at Saarne. Cinematographer Karim Hussein takes that weakness of a lower budget and turns it into a positive by making the Saarne Institute feel scuzzy, lo-fi, almost reminiscent of old “grindhouse” movies. All in all, the opening of Orphan: First Kill could’ve been a satisfying, mean little origin off-shoot in its own right.

Orphan: First Kill quickly moves on from the initial conceit, as Leena finds out about a missing child named Esther Albright. Similar to what we’ve seen before, she decides to take Esther’s identity, and is welcomed with open arms by her “father” Allen (Rossif Sutherland), and treated with skepticism by her new “mother” Tricia (Julia Stiles), and her “brother” Gunnar (Matthew Finlan). The story has echoes of the outstanding documentary The Imposter, where a French con artist managed to convince a family he was their missing long-lost son.

Unfortunately, director William Brent Bell doesn’t capitalize on that intrigue very much at first. He and screenwriter David Coggeshall essentially do a retread of what worked so well in the original Orphan. The mother and brother mistrust Esther, a cop is on their trail, and creepy happenings ensue. Why the formula doesn’t flow so smoothly this time around is simple: the cheap aesthetic that worked so well in the asylum now seems like a pale imitation of the 2009 film and we already know what’s wrong with Esther. For nearly 20 minutes, Orphan: First Kill appears to be another lame cash-in of a dormant horror property.

However, this is where Orphan: First Kill lets the other shoe drop. At the risk of giving anything away, we’re going to be incredibly vague for the sake of spoilers. Bell and Coggeshall let loose a massive midpoint twist that changes the entire trajectory of the story. The audience is let in on a horrible secret that is far darker than what you could possibly imagine. There are bigger things than Esther at play for once, and now that the playing field is well and truly changed, Orphan: First Kill can really have some fun and set itself apart from its cult classic predecessor.

Much like the highly underrated Don’t Breathe 2, Orphan: First Kill puts us firmly in the perspective of the previous film’s main villain by giving them a villain worse than them. Isabelle Fuhrman shows a whole new side of Esther, one that’s not softer per se; rather, Esther’s internal morality rises to the forefront. Supporting cast members that didn’t register very much earlier on in the film get to shine more than ever, particularly Matthew Finlan and a very hammy (in all the best ways) performance from an unusually committed Julia Stiles.

More than anything, though, Orphan: First Kill is just so much fun. There’s a vicious thrill to seeing a character who’s so used to being in control having to fight a physical and psychological battle she didn’t know they could possibly be in. Esther’s struggle propels the film’s second half, only getting more absurd, gory, and exciting with each moment. By the time Orphan: First Kill reaches its end, it will fully win you over. For what could have easily been another horror misfire, Orphan: First Kill is of top quality in terms of vision. This movie has no reason to exist, but it works overtime to justify itself, becoming a worthwhile companion piece to the original that must be seen big, loud, and with an audible crowd (or with a group of friends at home on Paramount+). Its flaws are a function of letting a twist to rival the original’s play out. Even if Orphan: First Kill isn’t quite as good as the first film, it comes damn close.