‘The Fabelmans’ Review – An Endearing Tale for the Ages | TIFF 2022 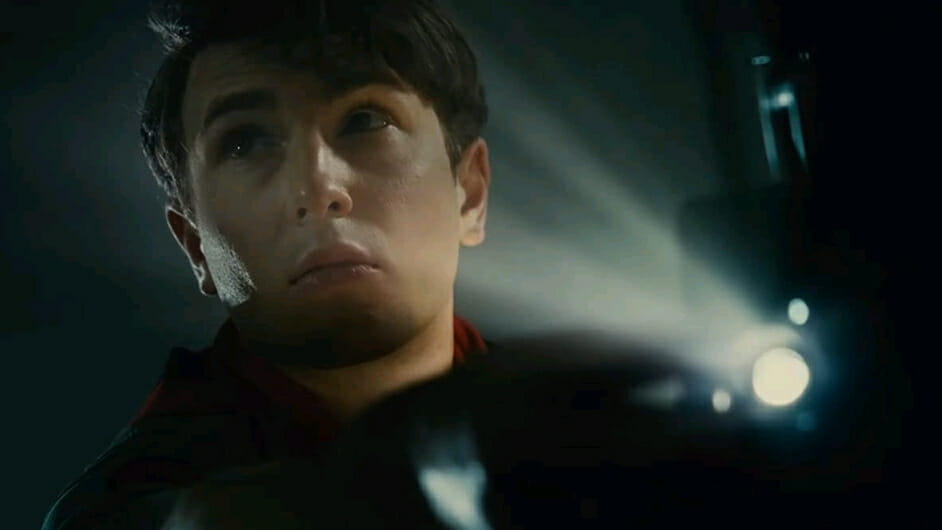 Whether it’s familial struggles, pursuing undervalued passions, or a childhood riddled with a barrage of bullying, legendary filmmaker Steven Spielberg tackles it all in his latest, The Fabelmans. The film is an emotional and personal tale of his own upbringing and the experiences that fueled his journey and career as a storyteller. Spielberg’s formative youth is fictionalized in the shape of young boy Sammy Fabelman as he discovers his fascination and passion for cinema in the early 1950s and begins to pursue filmmaking while his parents’ marriage crumbles. It’s a touching tale filled with impeccable performances and a transfixing screenplay that evokes a plethora of emotions.

Sammy Fabelman’s life irreparably changes after seeing the now famed train wreck scene from The Greatest Show on Earth. Reeling in the horror of what he just witnessed on screen, Sammy tries to take control of his fear by recreating the train crash with his own toy train set and filming it in secret with his father’s (Paul Dano) camera and his mother’s (Michelle Williams) blessing. Thus begins Sammy’s love of making home movies, from family holidays to camping trips, which delights his parents but they waste no time in reminding him that filmmaking is nothing more than a diversion. Several years and family moves later, teenage Sammy, portrayed by spectacular breakout Gabriel LaBelle, struggles with antisemitic bullies at school and the inevitable disintegrating of his parents’ marriage all while juggling his passion for shooting narrative films with friends.

The Fabelmans speaks to artists and art lovers alike. There’s an emotional scene, in particular, that will assuredly puncture the hearts of those who can relate which involves a teenage Sammy and his Great Uncle Boris, played by Judd Hirsch, having a discussion. Boris explains how family and art can and will absolutely tear you and your heart in two. How you can surely love both, but it’s possible for someone to maybe love art just a little bit more. Sammy’s Great Uncle is that coarse and authentic beacon of encouragement in his personal sea of a dream-drowning household. His mother, a talented pianist who didn’t follow her calling, supports Sammy in his passion more than his father who repeatedly calls it a hobby and dismisses these dreams as unrealistic.

Sammy’s parents do, however, support him in attending local screenings of his films. We watch as he learns how to manipulate viewer emotions, direct an actor into the correct headspace, and even edit film stock. It’s a joy to watch the youngster, without a film school education or the internet to lead him, teach himself as he goes along, becoming better and better in the process. The footage we see from Sammy’s films is stunningly shot by cinematographer Janusz Kaminski who does fabulous work throughout. Coming off the spellbinding visuals of West Side Story, Kaminski truly transforms the footage into something that looks convincingly straight from Spielberg’s Super 8 camera back in the day.

The musical score by John Williams, albeit less memorable when compared to his past iconic collaborations with Spielberg, still captivates and is a gorgeous supporting facet throughout The Fabelmans. In addition to this, the multiple “oldies” tunes scattered throughout lend a special hand in taking the audience back to the early 1950s up until the late 1960s. From the score to cinematography, The Fabelmans is a win throughout, even to the very end where a little technical joke lands at the exact last second. Speaking of the technicalities, an absolute home run of a cameo comes in the form of none other than David Lynch as John Ford; he explains composition to young Sammy in a short but hilarious scene. It’s one of the most memorable moments of The Fabelmans that Spielberg himself says truly happened word for word. The film’s touching, epochal nature can be impressively summarized in scenes like these and many more.

The performances throughout the film are mesmerizing and compelling, catapulting the authenticity of Spielberg’s origin story to a level that almost feels personal to those watching. Paul Dano excellently plays a father easy to empathize with and Michelle Williams completely loses herself as a tortured soul trying to find a balance between happiness and doing what’s right in her heart. Williams is absolutely stunning and the standout overall who may be looking at some accolades come this awards season, although breakout star Gabriel LaBelle is the shining light that carries the film. In facing hardships, handling both inner and outer turmoils, and navigating the rough water that is adolescence, LaBelle never loses viewers along his confusing and charming journey up until the last frame.

Steven Spielberg’s The Fabelmans is a vulnerable trip down memory lane aimed to, as he says himself, bring his parents back in a way and become closer than ever before with his sisters. The film heals old wounds and balances catalytic moments of trauma and pain with bursts of humor and warm, endearing nostalgia – all of which formed Spielberg into the artist and person he is today. The Fabelmans will hit hard and true in the hearts of struggling artists or anyone who has grappled with the seemingly impossible task of making their loved ones proud while simultaneously pursuing their calling in life. More beautifully, through Michelle Williams’ powerful portrayal of his own mother, Spielberg preaches that life is too short not to follow your heart. Be true to yourself.

The Fabelmans premiered at the 2022 Toronto International Film Festival. The film releases in theaters nationwide November 23!