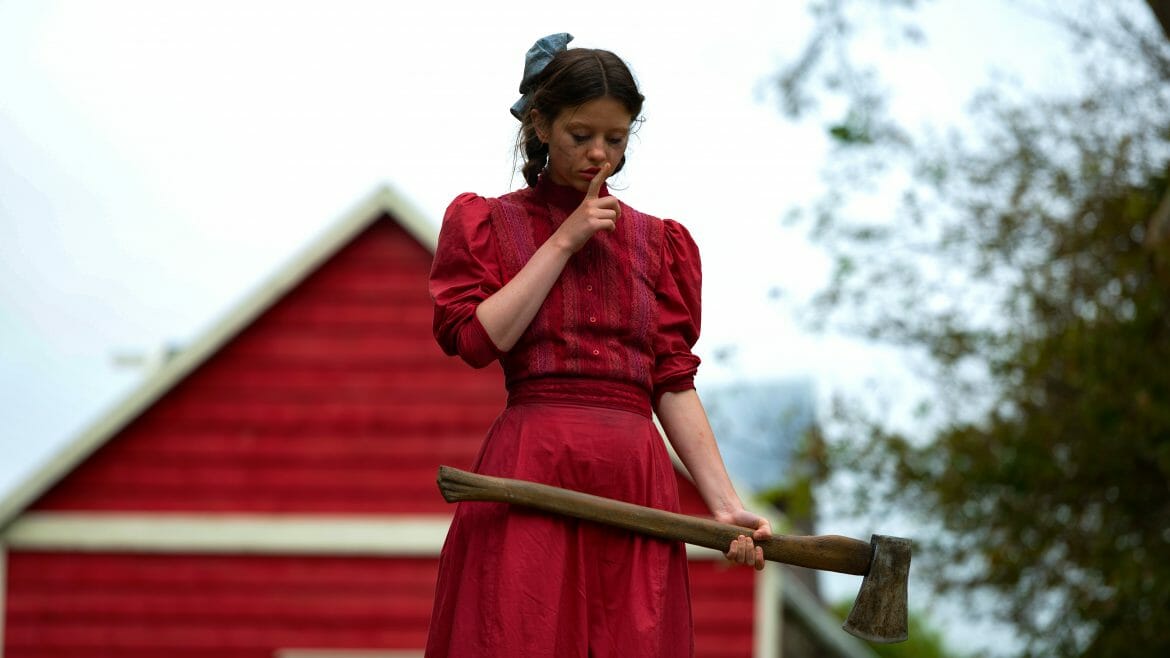 As the majority of audiences seem to agree that the swathes of origin stories are beginning to feel tired and played out, Pearl is Ti West’s profound rebuke – a genre-bending, irreverent yet masterful slasher flick that lives in the world of X but thrives in a niche all its own. The A24 film follows a younger version of the elderly killer in X as she comes to address some of the darker feelings she experiences while living in the American South during the final days of World War I. Small-scale though larger-than-life nonetheless, Pearl is wicked through and through, taking inspiration from films like The Wizard of Oz and turning famously bright and shiny Technicolor into the stuff of daydreaming nightmares.

Written by director Ti West and lead actress Mia Goth, Pearl is an origin story ready to throw casual horror fans from their rocker. Taking place in 1918 at the height of the Spanish Flu, the film sees Pearl working alongside her mother to support themselves and her father, who is incapacitated – all but entirely paralyzed – from a nasty bout of illness. With a lack of word from her army-enlisted husband Howard, Pearl becomes incredibly disillusioned with her closeted life and yearns for more.

Pear’s desire to break free soon leads her to befriend a traveling projectionist, a self-described “bohemian,” in what becomes a defining encounter in her journey to becoming the murderous character we later come to know her as. This coming-of-age descent into madness gleams from start to finish, almost immediately wobbling off the yellow brick road into a gory display of frustration and independence in a constricting world of responsibility and uncompassion.

The most unique element of Pearl is undoubtedly its expertly crafted tone. A pastel color grade, creamy lens work, and thoroughly well-groomed production design leaves the imprint of a film that feels made – infusing a texture of artifice into the very identity of the story. Like the soundstage sets of The Wizard of Oz and their obviously fake colorful plants and painted backdrops, there’s a certain charm to the visual worldbuilding of Pearl that glosses over the sinister underbelly of this origin.

Like melted candies running down a cell of film, painterly strokes of pink, green, and blue define the look of cinematographer Eliot Rocket’s camera work, making each frame welcoming to the eye. Nighttime cornfields send up plumes of smoke in an impressive flourish of indulgent pastiche – all in service of a film that dances between genres and tones like an unstable teenage girl who’s just trying to survive. The alligator that lives in a pond near their house is obviously far from the real deal – a likely mixture of animatronic and CG magic – but, most importantly, it feels perfectly customized to fit this universe.

It’s interesting that a film so heavily baked in the aesthetic of fantasy and nostalgia seems to so heavily comment on the modern era. With everyone wearing masks for fear of catching “the virus,” and a large part of Pearl’s feelings of oppression stemming from her mother’s pandemic fears, a big chunk of this narrative feels more timely now than it ever would have or ever will again. That yearning for freedom in the face of an unstoppable (visible) threat has been felt across society for the past two years, and Pearl taps into that widespread repository of pent-up angst to tell the tale of its troubled protagonist.

Of course, this extensive realization of a world ripped straight from the movies of yesterday would be for naught if the performances weren’t up to par, but that’s far from the case. Tandi Wright feels at home in a fairy tale evil stepmother-like role, carefully walking the line between cartoon and real. David Corenswet’s projectionist is suave and cool, and, much like his supporting castmates, manages to epitomize his character into an idea that lives outside even the reaches of the film itself. Emma Jenkins-Purro as Pearl’s sister-in-law is a perfect “girl next door” that helps complete the look of a classic old-timey family film, setting the stage for plenty of subversions and surprises.

At the front of it all, a home-run performance from Mia Goth seals the deal, tying together the vibes of old sitcoms and warm and fuzzy Golden Age classics with a rumbling rebellious core. Her devolution into murderous madness feels slickly natural and is the conduit for the film’s navigation of horror and tongue-in-cheek wholesomeness. She’s got the perfect amount of innocence and trauma baked into every expression, adding to the pressure cooker of emotions that is the title character. When the time comes for her big centerpiece monologue, Goth cashes in all of her chips and plays Pearl with tortured depth and violent empathy that reaches straight through the screen and grabs you by the neck.

Though described as a “slasher,” Pearl takes its time in building up its humble body count (remember, this is just the beginning of her story!). Aided by an uncanny presentation of Goth’s darkly introspective performance, tension is sky-high by the time blood is finally shed. For the most part, the kills aren’t show-stopper moments, unlike many horror flicks, Pearl is far more interested in the mental journey of its main character than the violence she inflicts on those around her. That’s not to say there’s any shortage of guts and gore; even with few on-screen kills, Ti West’s visceral direction and unique aesthetic approach make for some unsettling and cringe-inducing moments.

Pearl is perhaps the epitome of an A24 horror movie. It’s cute, quirky, off-beat, and has got some crazy mind-parasite horror moments. While it’s not quite the balls-to-the-walls blood-at-every-turn kind of slasher, director Ti West and star Mia Goth have a lot more to offer in terms of character and heartbreaking emotion.

Pearl is now playing in theaters!