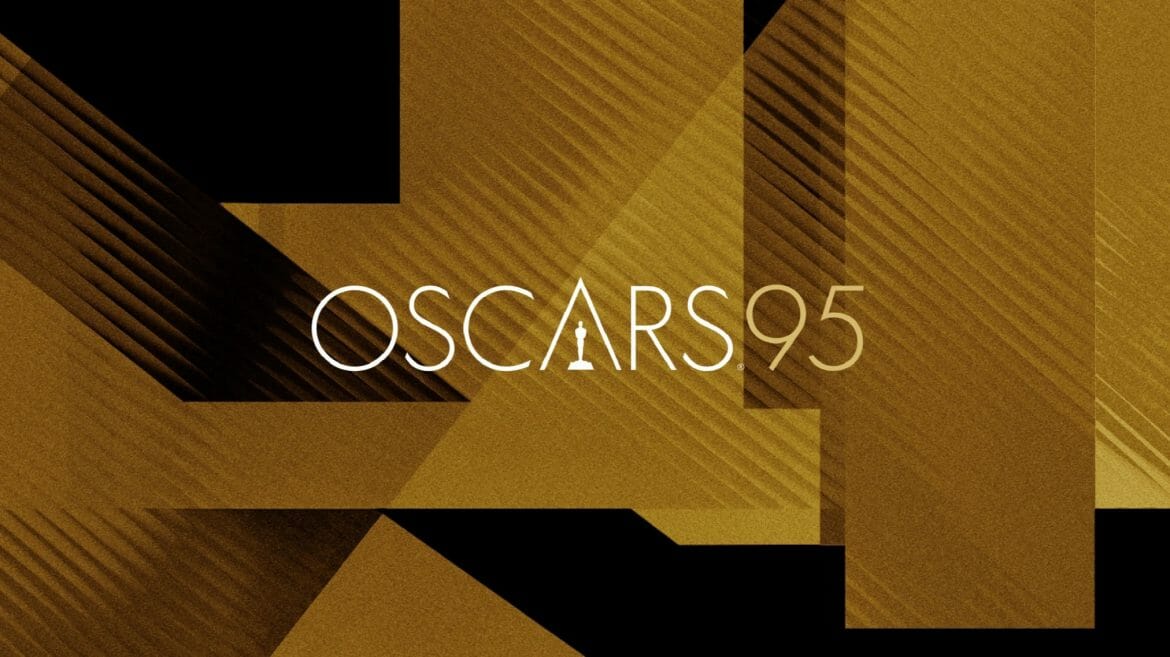 The Academy of Motion Picture Arts and Sciences has announced its nominations for the 95th Academy Awards. Actors Riz Ahmed (Sound of Metal) and Allison Willaims (M3GAN) read off the 2023 Oscar nominations on the morning of January 24th live from the Academy’s Samuel Goldwyn Theater in Beverly Hills, California. Just a week prior, after the official voting closed on Tuesday, Jan. 17, Academy CEO Bill Kramer revealed that the 95th Academy Awards had the highest voter turnout in Oscar history thus far, making this latest wave of Oscar nominations one for the books.

A24 and Netflix lead the 2023 Oscar nominations with Everything Everywhere All at Once coming in first place with 11 nods and All Quiet on the Western Front following closely behind in second place with 9 nods, tied with The Banshees of Inisherin. As expected, Everything Everywhere All at Once gained a slot in Best Picture, Best Director for the Daniels, Best Actress for Michelle Yeoh, Best Supporting Actor for Ke Huy Quan, and Best Supporting Actress for both Stephanie Hsu and Jamie Lee Curtis. The large presence of All Quiet on the Western Front – especially in Best Picture, Best International Feature, Best Adapted Screenplay, and Best Cinematography – solidifies it as a major threat at the 2023 Oscars. It appears that Netflix’s successful campaign for the film is set to pay off on the big night.

Elvis and The Fabelmans come in third and fourth place in the 2023 Oscar nominations, with 8 and 7 nods respectively. Most of this across-the-board recognition was already predicted, but there were still plenty of shocking surprises in this latest batch of Oscar nominations. Judd Hirsch making it into Best Supporting Actor for The Fabelmans instead of Paul Dano is one shocker. Some also didn’t think both Avatar: The Way of Water and Top Gun: Maverick would make it into Best Picture. More notably, Top Gun: Maverick failing to get into Cinematography but getting into Adapted Screenplay is quite unprecedented. The Batman and Black Panther: Wakanda Forever grabbed more nods in the technical categories than what fans saw coming too.

Paul Mescal’s Best Actor nod for Aftersun and Andrea Riseborough’s spot in Best Actress for To Leslie were doubted by many but managed to pull through in the end. Neon’s Triangle of Sadness earned more nominations than Oscar pundits were expecting as well. On the downside, there is a slew of fan-favorite films that were completely shut out in the 2023 Oscar nominations, including Nope, The Woman King, and Till. This is considerably not the best look when taking into account that only one black performer (Angela Bassett) was recognized in all 4 acting categories this year. Furthermore, there are no women nominated for Best Director and out of all 10 films nominated for Best Picture, Women Talking is the only one to have female director representation in Sarah Polley.

Despite these upsets, the 2023 Oscar nominations have some high achievements to note. For example, 16 out of the 20 acting slots are taken by first-time nominees. Best Actor, specifically, is made up entirely of first-time nominees, which has not happened since 1935 (back when only 3 contenders were recognized). Moving on, Michelle Yeoh is the first Asian to be nominated for Best Actress and alongside Ke Huy Quan, Stephanie Hsu, and Hong Chau, there has never been this much Asian representation in the Oscar acting categories. Finally, legendary composer John Williams beat his own record of being the most Oscar-nominated person alive with 53 nominations thanks to his Original Score nod for The Fabelmans.

Keep reading to see the full nominations list for the 2023 Oscars and tune into the 95th Academy Awards on Sunday, March 12! You can also check out the final winners for the 2022 Golden Globes, Critics Choice, and our very own DiscussingFilm Critics Awards.

All Quiet on the Western Front
Avatar: The Way of Water
The Banshees of Inisherin
Elvis
Everything Everywhere All at Once
The Fabelmans
Tár
Top Gun: Maverick
Triangle of Sadness
Women Talking

Todd Field, Tár
Dan Kwan and Daniel Scheinert, Everything Everywhere All at Once
Martin McDonagh, The Banshees of Inisherin
Ruben Ostlund, Triangle of Sadness
Steven Spielberg, The Fabelmans

Martin McDonagh, The Banshees of Inisherin
Dan Kwan and Daniel Scheinert, Everything Everywhere All at Once
Steven Spielberg and Tony Kushner, The Fabelmans
Todd Field, Tár
Ruben Ostlund, Triangle of Sadness

The Banshees of Inisherin
Elvis
Everything Everywhere All at Once
Tár
Top Gun: Maverick

Volker Bertelmann, All Quiet on the Western Front
Justin Hurwitz, Babylon
Carter Burwell, The Banshees of Inisherin
Son Lux, Everything Everywhere All at Once
John Williams, The Fabelmans

All Quiet on the Western Front
Avatar: The Way of Water
Babylon
Elvis
The Fabelmans

All Quiet on the Western Front
Avatar: The Way of Water
The Batman
Black Panther: Wakanda Forever
Top Gun: Maverick

All Quiet on the Western Front
Avatar: The Way of Water
The Batman
Elvis
Top Gun: Maverick

All Quiet on the Western Front
The Batman
Black Panther: Wakanda Forever
Elvis
The Whale

“Applause” from Tell It like a Woman
“Hold My Hand” from Top Gun: Maverick
“Lift Me Up” from Black Panther: Wakanda Forever
“Naatu Naatu” from RRR
“This Is a Life” from Everything Everywhere All at Once

The Elephant Whisperers
Haulout
How Do You Measure a Year?
The Martha Mitchell Effect
Stranger at the Gate

The Boy, the Mole, the Fox and the Horse
The Flying Sailor
Ice Merchants
My Year of Dicks
An Ostrich Told Me the World Is Fake and I Think I Believe It

This is all rigged. Jurassic World Dominion didn’t get nominated for anything when it SHOULD have. Hope you guys get shut down!

Way of Water for BEST VFX because – because come on…..

And Give Brendan Fraser the Oscar for Actor.