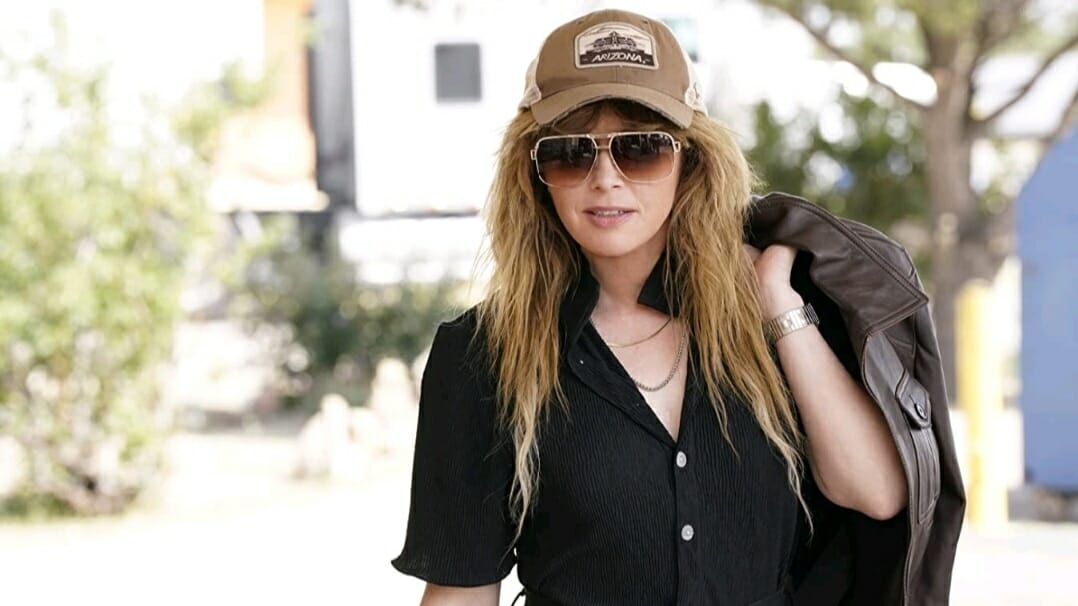 Rian Johnson bursts back onto the television scene, a decade after the landmark “Ozymandias” Breaking Bad episode and following a string of hit films that have made the director into a household name. Only last month, Johnson’s Glass Onion: A Knives Out Mystery made pop-cultural waves and would seem to be an excellent segue into his latest project, Poker Face. In fact, one could reasonably expect his new show to be quite similar in that it too follows a charismatic gumshoe looking for the truth in elaborate and macabre murder mysteries. Whether you’re thinking “Another one?” or “Another one!” within the first minutes of Poker Face, it becomes clear that Rian Johnson aims to fly in the face of expectations and deliver a series that is every bit the classic mystery-of-the-week program and a surprising return to the idiosyncratic neo-noir stylings that marked his debut feature Brick in 2005.

Rather than following a world-class detective, in Poker Face we track the adventures of Charlie Cale (Natasha Lyonne), a casino cocktail waitress with the extraordinary ability to determine when anyone is lying. Coming across strange crimes where the truth can mean life or death, she can’t help but get involved. Poker Face is described as an “inverted” detective series or “howcatchem” in which we see the crime and perpetrator and find out if our scrappy gumshoe can solve the case. If you’re a Columbo fan looking to scratch that same itch, then Poker Face promises to do just that. Whether it lives up to the legacy of the landmark show is surely up for debate, but Rian Johnson and Natasha Lyonne clearly admire the genre and have lovingly crafted a streaming series that truly harkens back to an era of murder mystery that cuts deeper than even Knives Out.

The most fascinating component of Poker Face is the selling point of being able to watch this Peacock original series in any order, as each installment tells a contained story unto itself. In an era of way too much TV, so much of it being sold as a “long movie” or needing to be binged to get the entire story at once, this is an incredibly refreshing approach. Television that feels like television, imagine that? Rather than trying to “elevate” the medium to film, a hackneyed and self-defeating task, writer/director/executive producer Rian Johnson operates within his wheelhouse with stylistic flourishes that bring to mind his work on Breaking Bad at a comfortable pace, complete with commercial breaks that are designed for a different kind of viewing experience.

Rian Johnson and Natasha Lyonne themselves have said the genesis of Poker Face came during a dinner between the two, longing for this kind of show that has been largely nonexistent, updating it for the 2020s. You have to wonder if these “updates” refer to fairly online discourse points baked into the show’s scripts or the fact that as contained as these episodes can be, there is still an overarching narrative and conflict that drives the proceedings forward. Glass Onion received criticism of feeling like it had been written to be posted about on Twitter and that likely won’t change here. However, in Poker Face, the more naturalistic characters and settings help to ground all of it in a way that the Glass Onion, by design, simply could not.

With the Knives Out franchise, the world was gifted the silly and sublime Benoit Blanc and once again Rian Johnson delivers another fantastic character in Charlie Cale (another key to memorable protagonists is alliteration I suppose) and a vessel for Lyonne to give a dynamic performance, exploring what makes her a captivating screen presence. As well as co-creating Poker Face, Natasha Lyonne serves as our central (not) detective with the kind of scrappy charisma and pathos that has made her an iconic actress from But I’m A Cheerleader to Orange is the New Black to Russian Doll, and so on and so forth.

The arrival of Poker Face marks big promises not just for howcatchem fans, but Natasha Lyonne fans too. On this front, it surely knocks it out of the park. The concept of “detecting bullshit” is fun on paper, yet the execution of it feels electric with Lyonne playing it for both its comedic and dramatic possibilities. There is a key scene in the show’s second episode where we watch our murderer straight up lie to Charlie and there is just the slightest tell on her face that she’s figured the whole thing out. This kind of doubly dramatic irony is found throughout Poker Face and it makes for a show that is, above all else, a blast to watch.

It should be said, however, that Rian Johnson and Natasha Lyonne aren’t the only cooks in the kitchen on Poker Face with Janicza Bravo, Iain B. MacDonald, Ben Sinclair, and Lucky McKee, in the revolving director’s chair. Tiffany Johnson (Dear White People) also directs one of the best episodes in “Rest in Metal,” which features a stellar performance from Chloë Sevigny. On top of this is a treasure trove of supporting roles and guest stars that includes the likes of Adrien Brody, Benjamin Bratt, Nick Nolte, Joseph Gordon-Levitt, Jameela Jamil, Tim Meadows, Lil Rel Howery, Tim Blake Nelson, Hong Chau, Luis Guzmán, and Stephanie Hsu – fresh off her Everything Everywhere All at Once Oscar nomination. The impressive cast of Poker Face gives every episode its own mini-ensemble for Lyonne to play off of perfectly.

With Poker Face, Rian Johnson successfully subverts the streaming/binge model overtaking television in recent years. But I’ll be damned if I wasn’t keen on blowing through these episodes to see the different ways in which Natasha Lyonne’s Charlie Cale untangles the web of lies woven into these smart, stylish murder mysteries. Oh and just one more thing…