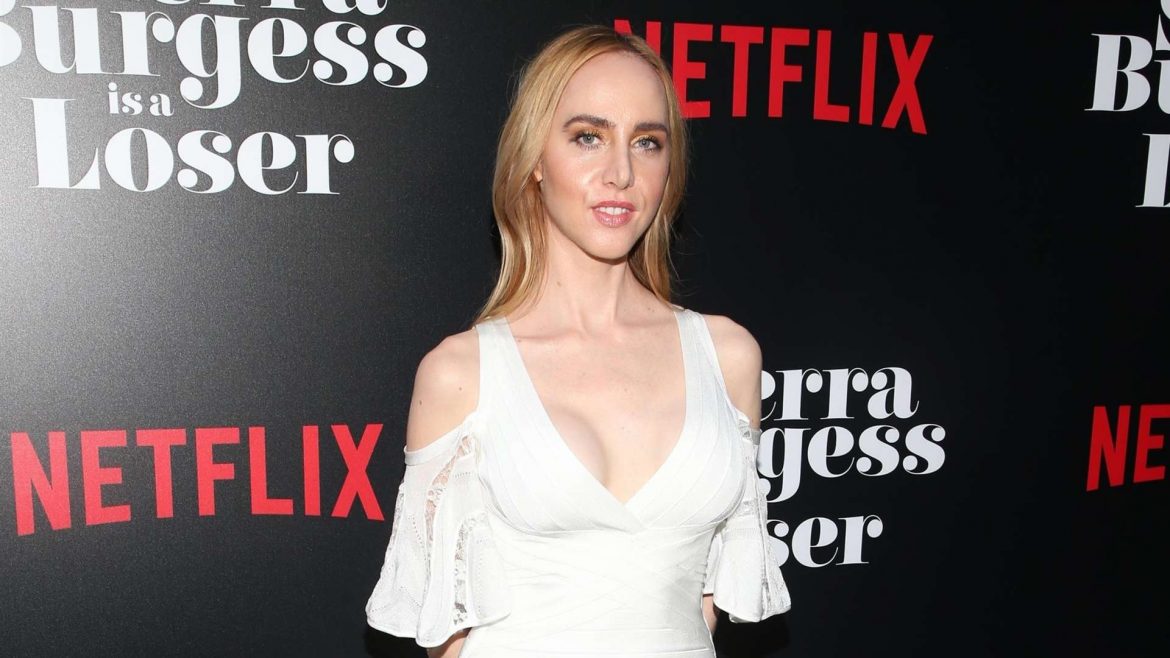 I had the chance to sit down and talk with Lindsey Beer, who is one of the most influential female screenwriters working in the modern film industry. I had the chance to discuss her recent film ‘Sierra Burgess Is A Loser’ as well as being apart of the writers room for films such as ‘Godzilla vs Kong’ and the Hasbro Cinematic Universe.

DISCUSSINGFILM: To begin the interview, when doing research for this interview, you are arguably one of the most influential female screenwriters working in the industry at the moment, especially when taking a glance at your iMDB alone, so what I would like to firstly ask is how you first began in the screenwriting industry?

LINDSEY BEER: I grew up around the independent film world and had always loved film and wanted to be a part of it. I had a roundabout journey to finally getting there, but it began in earnest with me moving to LA, writing scripts like a maniac and giving them to anyone and everyone who would give me the time of day. I got my first real traction with a script called SIERRA BURGESS IS A LOSER — which was ultimately made and premiered on Netflix in September.

DISCUSSINGFILM: You were involved with ‘Sierra Burgess Is A Loser’, how did you approach developing that film and how was it like working with Netflix, especially since you are developing other projects such as ‘Empress’ for Netflix?

LINDSEY BEER: I was inspired to write SIERRA after attending a production of CYRANO DE BERGERAC. Netflix actually did not finance or develop it with me; they acquired it after we shot it. They are wonderful to work with, though. I am writing EMPRESS for them, and they have been very supportive and fantastic creative partners.

DISCUSSINGFILM: A film of yours which is slated for release in March 2019 is Chaos Walking which people are very excited for not only because of the adaption of this Source material into film, but the acting combination of Daisy Ridley and Tom Holland also. How did you approach writing the screenplay for that film?

LINDSEY BEER: Chaos Walking was a blast to be a part of. The world and tone of that project is so utterly unique. Westerns are something I’ve always been drawn to, and it was exciting to be a part of one, and a sci-fi Western to boot. Tom and Daisy are total naturals and I’m so excited for people to see Tom in an utterly different type of role. It’s much more gritty and dark than people are used to seeing him.

DISCUSSINGFILM: One film that just entered production that you were in the writers room on was ‘Godzilla vs Kong’, how was it to collaborate with all these different writers with different visions on these two iconic characters?

LINDSEY BEER: Godzilla vs. Kong was one of my favorite writers rooms I’ve been a part of. The writers were all fantastic, and the end product was so special. I’m proud of that one.

DISCUSSINGFILM: Moving onto some upcoming projects, you are said to writing the screenplay for the upcoming ‘Masters of the Universe’ film, what can you tell us about the current status on that film and it’s screenplay as of now?

LINDSEY BEER: I’m no longer involved with that project, so I don’t know!

DISCUSSINGFILM: That’s all good, in that case, moving on to another project of yours that you and other writers are apart of, you are reported to be in the writers room for the ‘Hasbro Cinematic Universe’, are you able to currently say on the status of that universe currently and how it’s been to collaborate with these writers on this Cinematic Universe?

LINDSEY BEER: The Hasbro Cinematic Universe was another fun world to take part of. There are at least three very exciting projects coming out of that room, but I don’t think I’m at liberty to say what they are.

DISCUSSINGFILM: A project of yours that was sadly kind of cancelled was ‘Silver & Black’ which has been split into two films, are you able to say what your vision for that film was?

LINDSEY BEER: My writing partner Geneva Robertson-Dworet and I only worked very briefly on a polish for that script, so it was never much about our vision. I hope they figure out something fun for those characters!

DISCUSSINGFILM: The Kingkiller Chronicle was a film that was announced a while back, what’s the current status on that and how has it been to collaborate with director Sam Raimi on that film and adapting the book series?

LINDSEY BEER: Kingkiller is such a special project. I love the theme of the man behind the myth, the story behind the stories — and the power of stories to shape reality. I also love the strong musical component, and being able to work with Lin Manuel Miranda was a dream. Sam Raimi is so smart and intuitive, he was also exciting to collaborate with. This project is still in the script development phase.

DISCUSSINGFILM: To conclude this portion of the interview, the most recent project of yours I believe that was announced was ‘Empress’ for Netflix and Millarworld, what’s the current status on that screenplay and have you had chance to speak with Mark Millar regarding that project?

LINDSEY BEER: I’m currently writing the script. Mark and I have been in contact a lot. Not only is he wildly talented, but he is extremely funny and supportive, to booth. An all-around fantastic collaborator.

DISCUSSINGFILM: To conclude the interview, what words, if any, do have for aspiring female screenwriters and filmmakers after you’ve made such a significant impact on the industry so far?

LINDSEY BEER: That is very kind. I hope that having more visible women in the industry like me and many of my close female screenwriter friends — Geneva Robertson-Dworet, Nicole Perlman, Christina Hodson– inspires more women to make a go of it as writers. I know so many women who think it’s not even worth trying to break into the boys’ club. Believe in yourself. Let “No” be your greatest motivator. Persistence and talent can overcome almost anything.