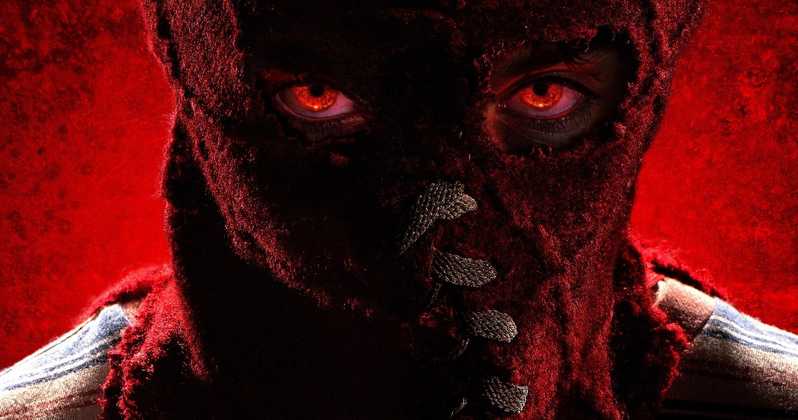 What if Superman was a psychopath? The subversion of the traditional origin story acts as ground work for this horrifying and lean horror film. Produced by Guardians of The Galaxy’s James Gunn and directed by the terrific David Yarovesky, Brightburn takes time to build atmosphere and tension, utilising effective horror tropes to create sheer horror and fear in the spectator.

It is nail-bitingly unnerving and will make your hands sweat in fear. Made on a low-budget, the film handles its expansive ideas in a sharply coherent way that feels bigger than it actually is. The scares are perfectly crafted, with brutality that is unflinching and literally, jaw-dropping. The premise from the promotional material is met, with nothing held back. Brightburn is an example of passionate filmmaking that evidently the filmmaker’s have true affection for, everything is set up and built to create impact – it sure does deliver.

The film begins looking at shelves of infertility books, it’s evident that Tori (Elizabeth Banks) and Kyle Breyer (David Denham) have clearly been unsuccessful in the baby-making process. That’s when a space-pod crash lands in Brightburn, Kansas – outside of their house. Tori perceives the baby as a divine wish that fell to the Earth, just for them. Brandon (Jackson A. Dunn) is older, unaware of his origins, he begins to develop but not in the same way as the teenager’s around. Brandon begins sleep walking and drawing superhero-like images in his handbook. His parents find hidden photos with magazines, models and anatomical studies. They begin to worry about his development, as all signs point towards a vastly different interest than the kids around his age. He possesses superhuman abilities, including a strength and flight. The glowing red at night seems to lure and spark his connection to his Krypton-like heritage and powers, he is eventually consumed.

Brightburn is an intense film, entirely committed to its grim vision. Yarovesky and cinematographer Michael Dallatorre have created viscerally dark images that become seared into the spectator’s mind. A palette of black and reds, visually it mesmorises in its passionate commitment to the darkened reality. It relies on jump scares, yet perfectly crafted ones that evoke unnerving scares and are of true purpose. A complaint with a lot of recent horrors, is the over-reliance on jump scares to scare. Yarovesky plays into the archetypal way of recent years, but unlike many prior, Brightburn is committed to jump scares of meaning evoking true horror.

The horror is relentless, presented in a jaw-dropping way. The blood and gore is vile, with an ongoing sense of extreme uncomfortably, you can’t help but be in awe of the accomplishments. Unlike most slasher films (which this is not), the brutality seen is of great dramatic purpose, the kills have impact. The creativity of the set-pieces are a grand showcase for Yarovesky as a director of surprisingly controlled brilliance. The constant instability of the cinematography acts as a parallel to the emotions of the spectator, although shaky, there is a sense of clarity and coherence as all is seen.

The twist on the superhero film is neat and lean, the score evokes key notes from Man of Steel and riffs on the classical tropes associated with Superman. Whilst not referencing the Man of Steel, it has a clear conscience of its intentions and the twist that pays a neat homage to many Superman films prior. Elizabeth Banks is a stern mother dealing with the loss of her child, the theme of the loss of childhood and innocence is clearly in analysis throughout. Banks is amazing, whilst David Denman equally parallels in brilliance. Brandon is played by 16 year old Jackson A. Dunn, who is mischievously dark and shines when fully-turned dark.

Brightburn is a grizzly horror, that shines through Yarovesky’s controlled brilliance in direction and the focus on atmosphere, tension and suspense that is built. It’s truly unique, and the examining of the “what if?” question is delivered in a wondrously graphic way. Nothing is held back.