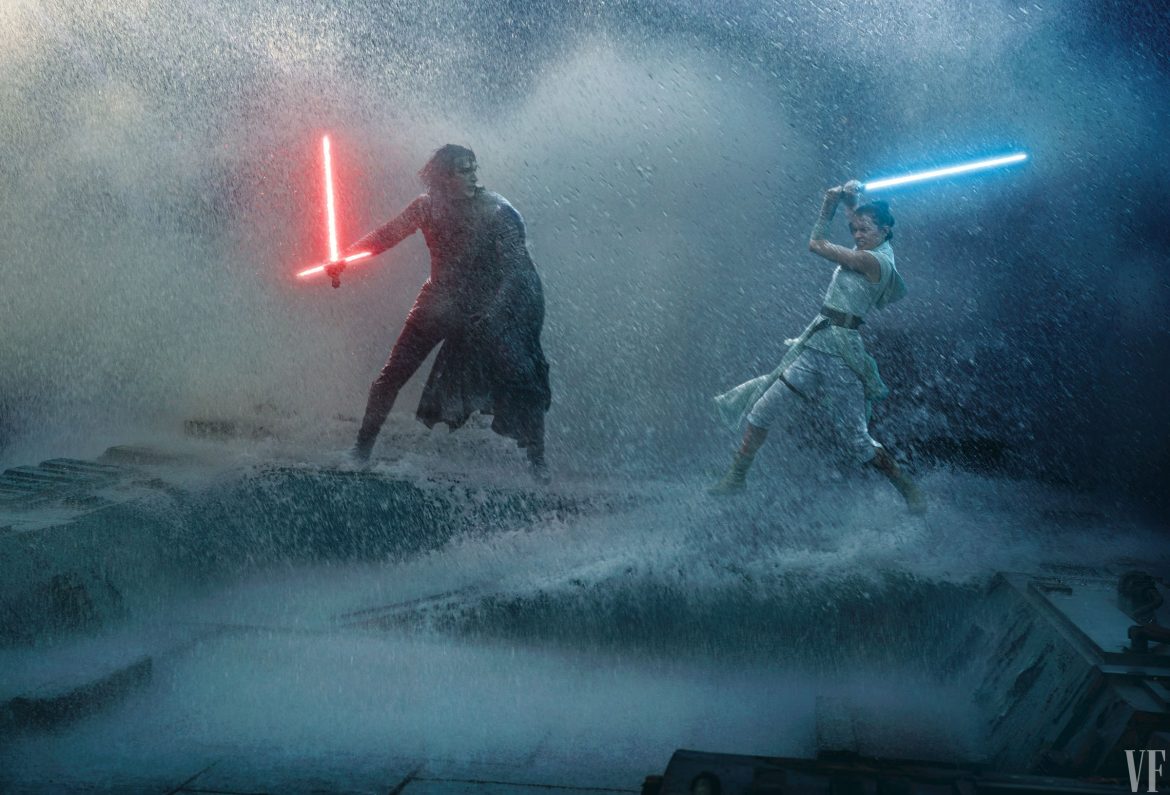 Only a matter of hours ago, footage was screened to D23 attendees of ‘Star Wars: The Rise Of Skywalker’ and it is easy to say that it blew the socks off all of the attendees. Not only that, but a new poster was released that teased the looming presence of Palpatine as well as an epic duel between Kylo Ren and Rey.

We attended D23 and the Walt Disney Studios panel where this footage was shown and as promised, here is our description of the footage shown at the panel. A behind the scenes sizzle reel for the film will also be released online on Monday.

“The footage begins as Rey, Poe, Finn, Chewbacca and C3-P0 look up to see an army of First Order Star Destroyers, well over 100. They are on the planet of Pasaana, the desert planet seen in the first trailer, we also learn it has an entire civilisation. We then hear Palpatine’s laugh and Vader’s breathing faintly in the background, Palpatine says “it’s near the end.” Rey and Kylo Ren fight on the remains of the Second Death Star as the waves from the oceans on Endor crash around them. The footage ends with a vision of an evil Rey with two lightsabers and a dark hood, she clips them together and ignites them as it turns into a red double bladed lightsaber.”