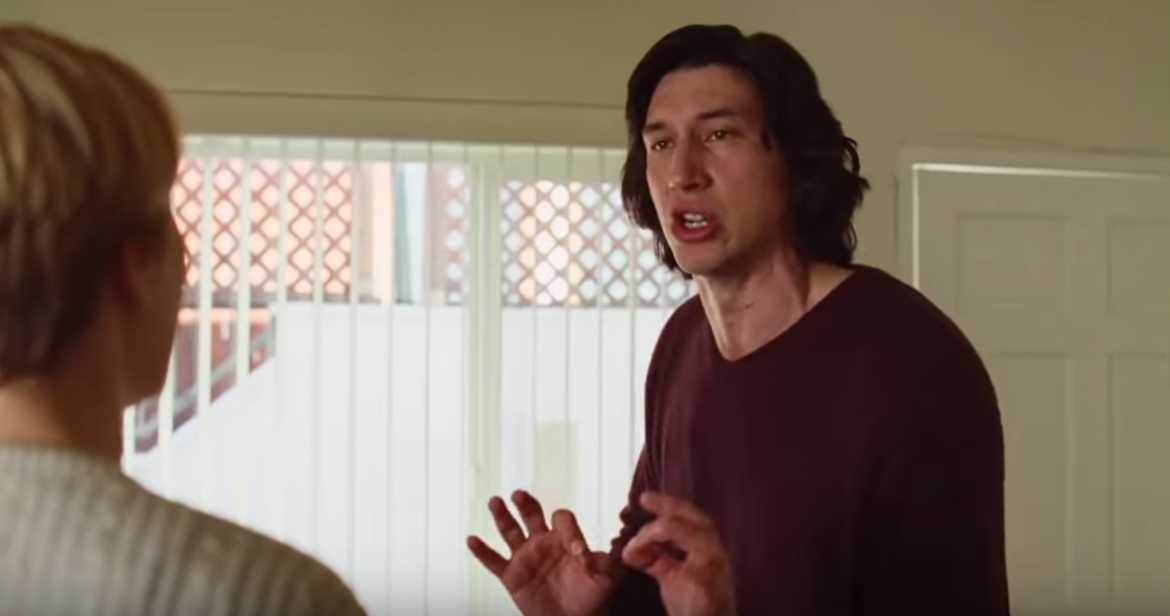 Why I love Marriage Story, I’d like to write my own tale. It’s a strange mix of melodrama, romance and comedy, Noah Baumbach’s finely tuned film is a tremendous success. Starring the ever-impressive Adam Driver and Scarlett Johansson, it’s a tender tale of love and divorce, it can be so endearing and yet maddening – these feelings represent the shifts in their relationship.

Some say Marriage Story was influenced by Baumbach’s own divorce, to actor Jennifer Jason Leigh. With this, you can feel his passion constantly oozing with complete sincerity and authenticity. Charlie, Nicole and every character represent some of the finest character work in recent years. The story, character and world is fully realised, not showing just the dramatic-side, Marriage Story is hilarious whilst being full of heart-wrench.

Charlie (Adam Driver) is a theatre director and his wife, Nicole (Scarlett Johansson) is an actor. The film charts their marital struggle through a intense, coast-to-coast divorce that pushes them in strange personal directions. With the divorce Charlie wants to stay in New York, his show has been picked up and they begin their move to Broadway, whilst Nicole insists on moving back to Los Angeles. Lawyers eventually get involved, lines are crossed and things go awry, the path chosen has severe impact on their child’s relationships to them.

Adam Driver is Charlie, the best of all the dads, he loves being a parent. He starts off as a kind, loose and approachable person, due to the trajectory of what lies ahead, he eventually begins tightening up a little to parallel to Nicole’s rather-nasty lawyer pursuit. Driver is out-of-this-world good, his performance has the gravitas of a well-seasoned actor who is at the height of his game. There is no way that he doesn’t get nominated for Marriage Story, he is just that brilliant. The range shown is one extraordinary length – one specific breakdown scene is the pinical point at which I was certain this man is getting another nomination, he fully breaks down into a realistically-uncontrollable mess.

Scarlett Johansson is Nicole, a mother who plays, a mother who loves her child. There is an inherent siding with Charlie, due to the tactics pulled by Nicole in regards to inforcing the divorce via a sharply-persistent Laura Dern. However, Johansson delivers a worthy performance that shines perfectly opposite to Driver. There is no doubt that Driver is the stronger of the two, but that’s nothing really, as Johansson is still remarkable.

Noah Baumbach creates an endearing ordeal out of every scene, there is something so innocent and shockingly nasty in the presentation of this heated-divorce. The collaboration between Baumbach and cinematographer Robbie Ryan (The Favourite) is to drool upon, certainly with the framing and composition of every shot, but also, the intimacy portrayed. Helping the sense of intimacy is the smaller framing, but also the colouring, it’s incredibly soothing and beautiful to gaze upon.

Marriage Story is Noah Baumbach’s masterful film that is ripe full of melancholy, beauty and contrasting nastiness. Adam Driver gives a career-best performance, commanding every emotion to the finest degree. There is something so real and intimate with Baumbach’s portrayal of a divorce, it is beautiful.