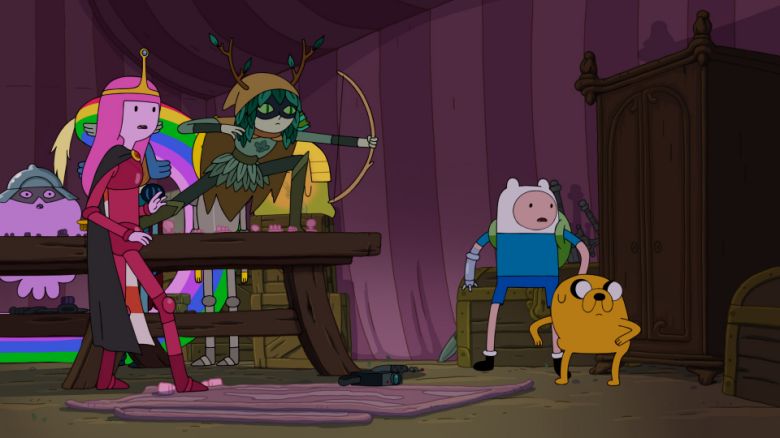 HBO Max is re-crystallizing the Emmy® and Peabody Award-winning Adventure Time with four new one-hour specials titled Adventure Time: Distant Lands that will premiere exclusively on HBO Max with the first two set to debut on the streamer in 2020.

These four new specials will continue the Adventure Time stories that captured imaginations and introduced unlikely heroes Finn and Jake, best buds who traversed the mystical Land of Ooo and encountered its colorful inhabitants.

“The enchanted world of Adventure Time has mesmerized viewers and critics alike as Finn and Jake right wrongs and battle evil,” said Sarah Aubrey, head of original content, HBO Max. “The addition of these specials to the HBO Max kids and family programming lineup is sure to make kids everywhere say ‘Slam-bam-in-a-can!’”

The first two specials, BMO and Obsidian are set to premiere on the streamer in 2020 followed by Wizard City and Together Again.

“Adventure Time was a groundbreaking series and a creative playground for so many talented creative artists,” said Rob Sorcher, Chief Content Officer, Cartoon Network Studios. “Producing Adventure Time: Distant Lands for HBO Max will allow our studio to explore this beloved world in an all-new format.”

Created by Pendleton Ward and executive produced by Adam Muto, Adventure Time is a critically decorated show that garnered numerous entertainment awards andcultivated a generation of talent who have helmed such hits as Steven Universe, Over the Garden Wall, and Clarence. Adventure Time: Distant Lands is produced by Cartoon Network Studios.