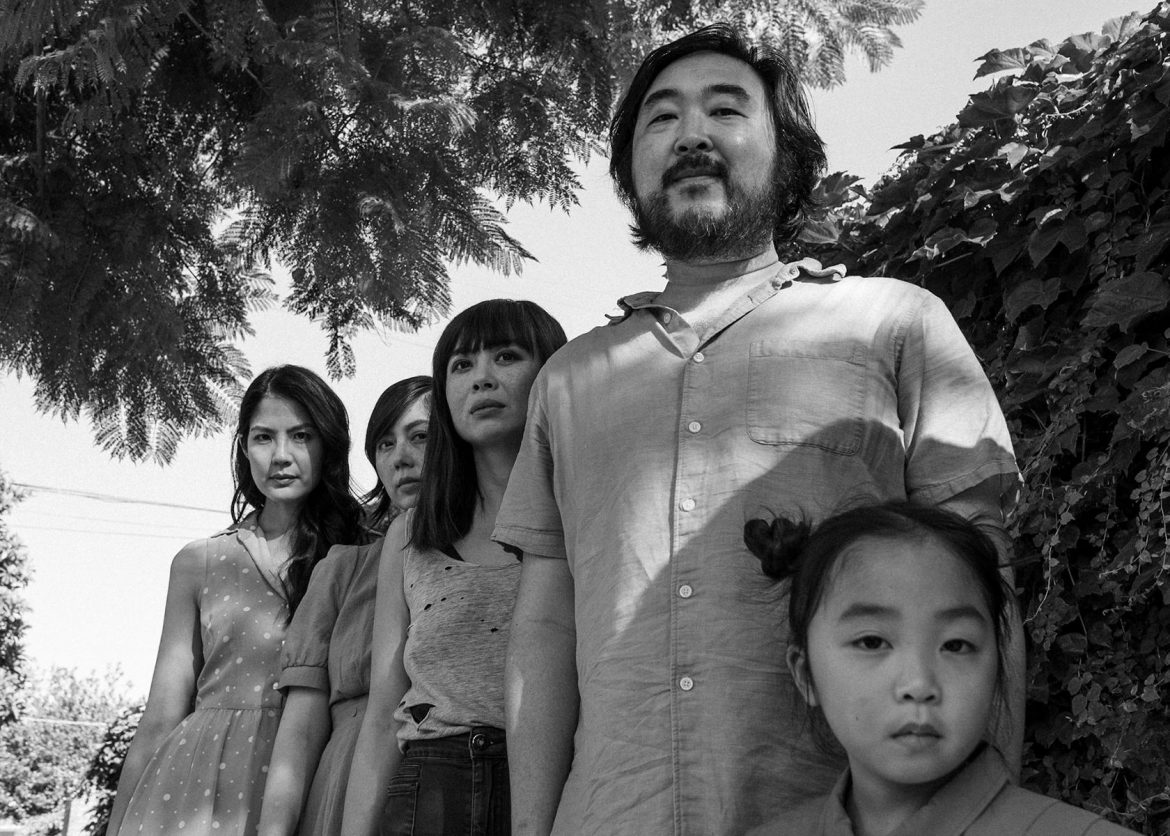 Lynn Chen’s directorial debut, I Will Make You Mine, follows three women: Erika (Ayako Fujitani), Rachel (Lynn Chen herself), and Yea-Ming (Yea-Ming Chen) as they reconnect with their former lover Goh (Goh Nakamura) when he stumbles back into town. Despite the three women being drastically different, they all share the same struggle: moving on.

Building off the two previous films directed by Dave Boyle, Surrogate Valentine (2011) and Daylight Savings (2012), I Will Make You Mine acts as the definitive conclusion to the trilogy. Even though quite different from its predecessors, Chen’s finale still operates as an ode to the indie music scene that the real-life Goh Nakamura and Yea-Ming Chen inhabit. In contrast, Chen’s film takes the main three female characters from Goh’s life and places them at the forefront of the film—a resonant and potent chance of pace from the previous two films’ male-driven perspective.

Masterfully crafted, Chen’s directorial debut comes to life with beautiful performances from the cast. However, perhaps one of the most moving is Fujitani’s as Erika. As a woman overcoming the loss of both her father and former lover (Goh), one in literal death and the other metaphorical, Fujitani conveys grief and sadness on a brutally honest level. Her soft facial expressions, shaky words, and actions delicately illustrate juggling emotions as both a mother and a grieving child. Chen captures an all too relatable struggle with moments such as Erika suddenly breaking down in public midday. Despite Erika’s softness, Fujitani is still able to bring rawness and pain through the screen—we feel the pain with her.

Detail is the crux of the film; from wardrobe to little actions exchanged between characters. What might seem insignificant to some is revealed to be intricate within the female leads. Yea-Ming is always seen wearing loose-fitting clothes without undershirts, representing the free-spirited nature of a musician while Rachel wears fancier clothing (even her pajamas are lacy) emphasizing her wealth and success. Chen’s eye for such symbols further contrasts the characters apart, distinguishing each of their stories as unique, additionally it drives remarkable qualities that Chen values into the viewer’s heart, regardless of where they may be coming from.

Uniqueness permeates throughout I Will Make You Mine, but one of the most striking attributes is its nearly all Asian-American cast. The characters all have their differences but are united by both Goh and their Asian descent. Although their “Asian-ness” so to say is certainly noticeable (it is not done often in Hollywood), it does not detract or add to the story. In fact, the story could be told with an all black, all white, or mixed cast which makes it awe-inspiring for diverse audiences to see. Asians are not stereotyped. They are not used as the token diversity character; they are not the “hacker” or “nerd” Hollywood typically sees them as.

Instead, Yea-Ming, Goh, Rachel, Erika, and even Sachiko (Erika’s daughter), are human beings – who, like other human beings, are unique. Chen trades conventional “made-for” Asian roles for a relatable and diverse ensemble. Reflecting upon the cast as an Asian-American female, I am proud to see such just representation. I Will Make You Mine will hopefully serve as a model for Asian-American roles in both independent and larger-scale productions. The film shows Hollywood that Asians (and undeniably other groups of color) cannot be boiled down to a token or stereotype. The everyday Asian-American struggle is not necessarily always different from that of the Latinx, Black, or white communities.

Additionally, the film carries a deeply resonant universal message: in order to move forward, an individual must be comfortable with their past. Anchored by Goh and their previous actions, the women struggle to succeed. When they are finally presented with the chance to come to terms with the past, it opens many doors for them. Essentially, the film provides a sense of hope and strength for the audience, calling for individuals to resolve their interpersonal conflicts in order to better their future. The fact that Chen manages to balance these heavy themes with levity in her film makes it all more worthwhile. While the film, at times, feels heavier than comedic – the small breaks for laughter give the film a freshness like no other.

As the credits roll, it is difficult to hold back tears. The entire trilogy is a journey through the entangling lives of the three aspiring women and one star-gazed lover; the final score ties the series with a satisfying conclusion. With many films, it is easy to want a continuation of the story, but in a way, the end of I Will Make You Mine is perfect. The clean finale not only signifies the end of a long fight, but also a new slate for these three women to build themselves upward. It could not be more inspiring and beautiful to see in this day and age.

I Will Make You Mine was selected to premiere at the 2020 SXSW Film Festival.

Without divulging into gory details, Courtney is a foodie, hobby artist, and nap enthusiast who loves herself a little bit of Robert Pattinson.