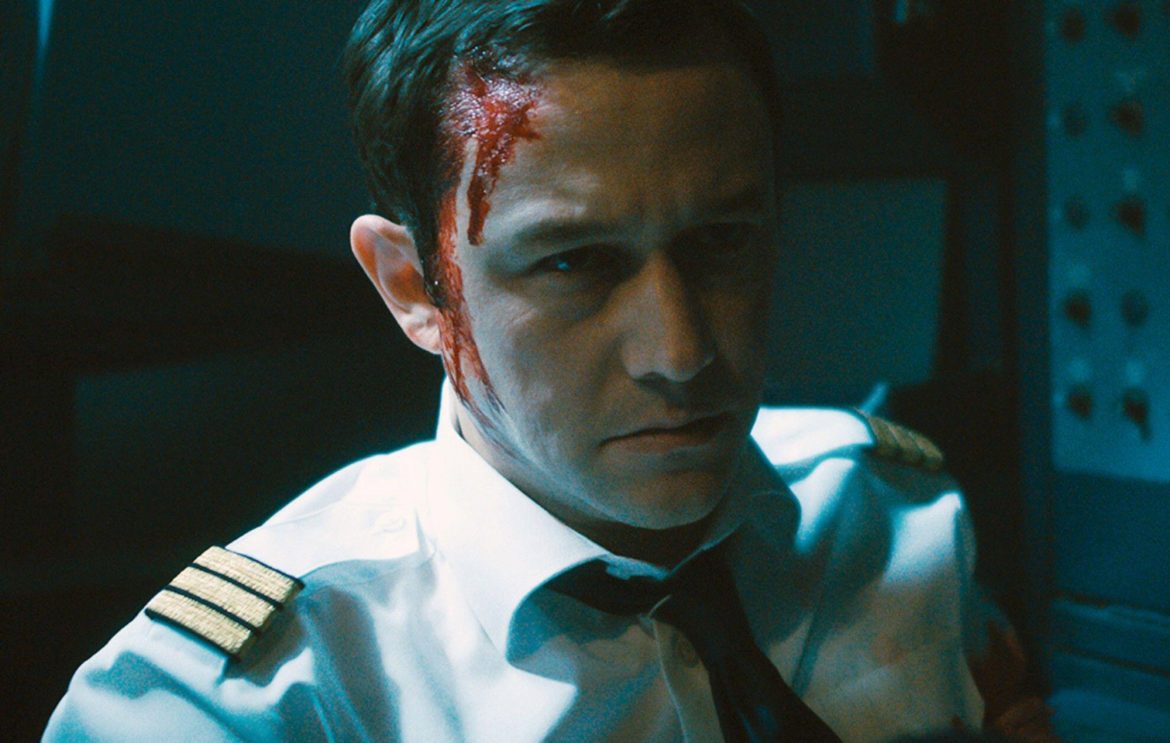 Patrick Vollrath’s 7500 plays like a ticking clock, minute by minute, second by second, choices are forced to be made in this taut thriller. 7500 is a tension-filled ride brimming with a constant sense of anxiety. One cannot help but get extremely attached to leading man Joseph Gordon-Levitt with the nonstop pressure of choices that are consistently a matter of life and death. The viewer is left constantly on edge in Vollrath’s excellent display of suspense.

This marks Joseph Gordon-Levitt’s first return to the screen after an extended hiatus, it also marks what could be his most challenging role yet. The film is set almost entirely within an aircraft cockpit. Gordon-Levitt impresses, delivering a performance that is both subtle and occasionally explosive. Due to the confinement of the setting, what is presented is a challenge and 7500 delivers brilliantly on all-fronts.

Boarding from Berlin on a plane operated by German captain Michael (Carlo Kitzlinger) and his American co-pilot Tobias (Gordon-Levitt). Shortly after takeoff, the cockpit is breached by terrorists seeking to crash the aircraft. Tobias forces the cockpit door shut. Although successful, both the captain and himself are injured badly. The plane is told to land in Hannover, where safety awaits.

This is not an action film. It’s nothing similar to the Liam Neeson-Non-Stop style that perhaps some could perceive it to be. It’s a nuanced European drama that settles for an understated approach. Truly shining is Vollrath’s direction, it’s clear that he is in full control and carefully orchestrating each beat. The cinematography lingers, which allows the actors to be fully immersed into their characters. The visuals bleed from the screen for they are beautifully colorful. The lighting covers the entire set, meaning there are little set-ups and marks to hit. There is a freedom to the camera constantly rolling in this extremely tight aircraft set. Furthermore, there is a sense of expertise to the crafting of the film that one cannot help but admire – a calming sense of mastery in its distinctive style.

It opens with grainy CCTV footage and ambient noises which instantly build suspense with the mysterious images seen. The feeling that something could happen any minute lingers in the mind as ordinary conversations and pilot-talk occur. It’s the eerie nature of the detached opening to what comes next that is another highlight of a disciplined and smart director. It’s clear Vollrath has a passion for his film and a conscience of what forms fear in an audience.

7500 brings art-house elements to a genre of thrills and what is created is a tension-filled ride of emotional strain and directorial excellence. German director Patrick Vollrath’s voice is a coherent and crucial element to the workings of this distinctly tight-knit thriller.

7500 is now available to stream on Prime Video!