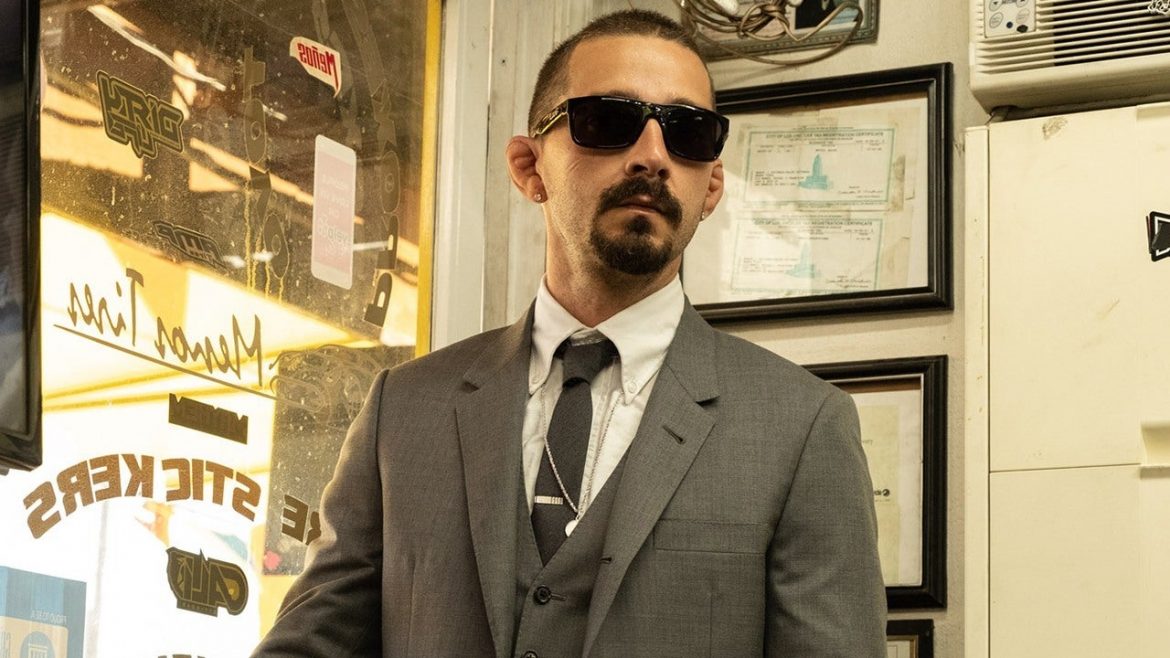 Following Suicide Squad and Bright, which found once acclaimed filmmaker David Ayer facing scathing criticism and backlash, Ayer returns to his former wheelhouse with The Tax Collector. A story of two crime bosses (played by Bobby Soto and Shia LaBeouf) whose job is to collect “taxes” from other gangs and dealers in LA. On paper it seems like a great vehicle for Ayer to recapture the same raw, gritty thrills of End of Watch and Training Day, but after watching his latest effort, one has to wonder if he simply has lost his former touch.

A great deal of controversy has been leveled at the film as of late due to Shia LaBeouf’s portrayal of a “whiteboy who grew up in the hood” who seems to imitate a “cholo” accent. This is something that Ayer has tried to explain away and insist that context would clarify any concerns, when really the film only deepens those issues. Ayer has a longstanding history in Hollywood as a director fascinated with Chicano culture with a self-described love and reverence that seems to often get muddled by his own deeply stereotypical portrayals of that culture which manifest in cartoonish depictions of it. Ayer’s intentions are good and one cannot imagine that he intends to create these deeply problematic characters, given that he himself grew up in and around the culture he is depicting, but what it may come down to is two things. The first being that, even as a whiteboy who grew up in and around that culture, that still is not his culture, and two… the hard and honest truth that maybe he’s just not a good enough filmmaker to handle the incredible nuance required to tell those stories.

The Tax Collector follows David (played by a game Bobby Soto who does the best he can, elevating tepid material) as the world around him slowly crumbles when a new competing crime lord begins to take over his spot. It’s a story that could easily work as a B-level thriller and has all the violence and silliness of one, but operates on a level of incredible self-seriousness and gratuitousness that makes one wonder what Ayer’s intentions even are. It’s a film packed to the teeth with religious allegory and a sort of faux humanity that seems designed to inspire and perhaps even uplift – that is completely contradicted by its otherwise almost hilarious moral bankruptcy that borders on parody as Shia LaBeouf huffs and puffs about how much of a bad motherf*cker he is despite not once doing anything beyond threatening people. Bobby Soto’s David will wax poetic, over stylized sequences of his wife in one scene, then in the next a man is brutally tortured with some of the most realistic and gruesome gore many will have seen in years. It makes one wonder where the filmmaker who made Fury went – a film that was just as violent, but whose poetry never rang as false and felt deeply connected to the humanity of its characters and the inhumanity of their surroundings.

By the time all of the bloody carnage and cruelty of The Tax Collector comes to a close, one will be struggling to find the message of it all. In a recent interview for DiscussingFilm, I asked Bobby Soto this same question, hoping to find some insight. He gave the incredibly thoughtful answer of it feeling closest to him like the Book of Job. A man who seeks out justice against evil, losing everything in the process. The film is about keeping faith in God, no matter what, in order to defeat the Devil, but there’s also something metatextual at its core in a very literal sense that only becomes apparent in its final shot.

One has to wonder if the lead character represents not only someone biblical in nature, but perhaps even Ayer himself, who shares the lead character’s name and has faced some tests of his own in the public eye with the critical panning of his last two blockbuster films. This is, of course, just an assumption and one would have to ask David Ayer himself to ever know the real answer. However, the mere question hints at something more raw and real than The Tax Collector ever takes time to answer. One wonders if audiences will ever see eye to eye with Ayer as he chooses to double down on his worst tendencies rather than step back and tackle his stories with more nuance.

The Tax Collector debuts in select theaters and VOD August 7!

Lol 5 out of 5 critics who called it “offensive” were white pfff & i guarantee mr gilmore here has had About as much Insights & Experience with the streets as donald trump pffff but ok antman we get it you get it..

So a director is not allowed to make a film about another culture that isn’t their own?
You should cancel every single director of classic films.