Home » ‘The Lie’ Review – Welcome to the Nothing House?
Film

‘The Lie’ Review – Welcome to the Nothing House? 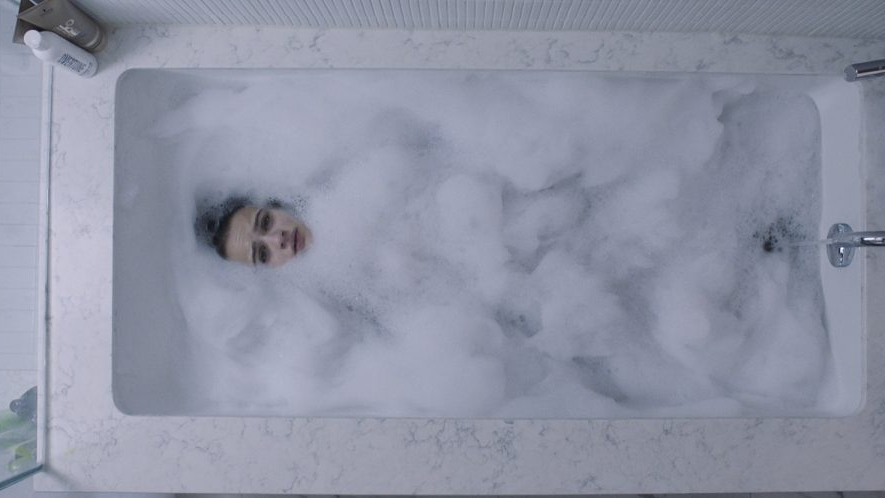 The Lie, part of the Welcome to the Blumhouse anthology of films, is a huge, uninteresting and archetypal misfire. Joey King pretty much screams and cries throughout the entire runtime, while not even Peter Sarsgaard can do anything with the mess he’s given. An interesting premise completely botched to the best ability possible. It’s a simplistic puzzle that is without any of the correct pieces.

Blumhouse is known for a recent slew of great films… and also a lot of absolute failures. Get Out, Halloween, and Happy Death Day are among the best in Blumhouse’s horror repertoire. On the opposite end, Ma, Black Christmas, and The Lie are among the worst. Having premiered as a gala presentation at the 2018 Toronto International Film Festival, it’s unsurprising that The Lie was ultimately forgotten as it’s simply terrible. Welcome to the Blumhouse promises more horrifying entries, which one can only hope isn’t in the literal sense are far beyond this nightmare.

We follow Kayla (Joey King), a 15-year old who gets into a dire situation, wherein she reveals that she killed her best friend. Her parents run into a panic as her best friend’s dad (Cas Anvar) begins asking questions as the two girls often play tricks together. How far will they go to ensure their daughter gets off scot-free?

Seemingly and unofficially based off Black Mirror’s “Crocodile” episode, what occurs is a grandly less enthralling and less visceral experience than its inspiration. Additionally, marketed as a horror, the complete lack of any horror-like elements may fall down to poor execution. Perhaps tension was the intent, yet nothing of the like is present. Veena Sud’s film could have been an immensely engaging battle of morality, but instead is mishandled and turned into an eye-rolling face off between who can scream and shout the most. Believability dwindles and dwindles, by the end one’s eyes might just have rolled all the way back.

“No, you’re hiding something! I did it on purpose! Don’t say that! You’re lying!” It’s almost as if the screenplay had been written with exclamation marks after every sentence. Occasionally, scattering in a few moments to cry or to say a couple lines of the most brilliant cliches ever. It’s full of contrivances.

The Lie is unforgivable rubbish. Riddled with every stereotype in the book and backed by nearly nothing good at all, it’s one of the worst films of the year.

The Lie is now available on Amazon Prime!