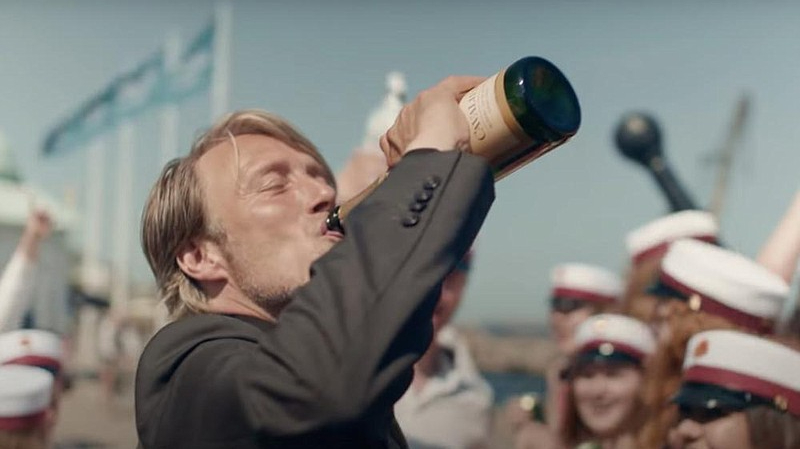 This has been a strange year for all, 2020 is unforgettable for many reasons. The year flew by, everything dramatically changed as an unforeseen outbreak caused the whole world to pause. With all of this, the film industry, for the most part, embraced the unprecedented restrictions. The dominant way of film watching shifted from cinema-going to watching from the safety of our homes. Luckily, at some points over the year, cinemas were re-opened and some films were available to watch.

Tenet is the big calling-card that most of us will remember cinema in 2020 by, due to its attempt to bring back the communal experience in theaters. With the shutting down of cinemas, PVOD and streaming services dominated 2020’s cinematic landscape as most new films were released online for our home viewing pleasures. We here at DiscussingFilm embraced the changes as did most of you. Below is my list of 2020’s Top 10 Best Films. Some films that just missed out: Steven Soderbergh’s Let Them All Talk, Spike Lee’s Da 5 Bloods, Antonio Campos’ The Devil All the Time, Azazel Jacobs’ French Exit, Lee Isaac Chung’s Minari, Nathan Grossman’s I Am Greta, Alice Winocour’s Proxima, Christian Petzold’s Undine and Cathy Yan’s Birds of Prey.

The best and certainly the most impactful film of the year, Rose Glass displays true qualities of mastery. You can’t help but squeal at Saint Maud‘s horrifying beats: the sounds of a shoe filled with nails, squelching with blood, or a breathtaking burst of relentless devil-like possession. Glass draws a perfect line in the spectator’s understanding of Godly intervention and a psychological condition, one is constantly left guessing at the edge of their seat. Mordyff Clark is a revelation, she is both unassuming and devotedly off-kilter. Saint Maud is one of the best British films of recent and one of the best debut features of all time.

“This is Herman Mankiewicz, but we’re to call him Mank!” – Classical in every way possible, Mank is the closest piece of modern cinema we may ever get to that of the 30s and 40s. Mank gets everything right. Fincher has plunged us back in time; it’s a spellbinding, rapturous take on Hollywood’s golden-age and it’s almost as if Mankiewicz himself, or Welles, had made the picture. The way every word is muttered, the actions and how Fincher’s cast brilliantly emulates how people used to act – Mank is a transcendent, never-ending feat of wonder. The film’s silvery monochrome visuals work alongside this; the style of Erik Messerschmidt’s cinematography accentuates the feel of transportation, leaving one in a state of awe.

“Tenet wasn’t founded in the past, it will be founded in the future.” – No filmmaker past or present has ever operated on such an innovative level, the film leaves us to question, “how could one think of such a concept?” The answer is Christopher Nolan is Christopher Nolan. Tenet left me utterly speechless. It left me shivering in exhilaration. “Don’t try to understand it, feel it”, perfectly sums up Tenet. It is to be felt, to be experienced, to be immersed in and one’s singular understanding, formed within or after watching, is part of the magic of Tenet. Side by side, the direction and cinematography is backed by Ludwig Göransson’s invigorating and tension-filled score.

Thomas Vinterberg’s Another Round is an off-kilter, rollicking ride. It’s a euphoric experience that you will simply not forget. Teeming with copious levels of energy and shot in a stylistically invigorating style, its diversion from any formalism allows for pure immersion. Truly one of the best, most inviting cinema experiences this critic had this year. The preposterous undertakings of an alcoholic experiment to invigorate life back into a group of teachers adds up to the most ridiculously obscene and hilarious scenes of the year.

The Prom is an absolute blast from start to finish. A celebration in so many ways and yet, also a big lesson for all. Ryan Murphy’s Broadway-to-screen adaptation is pure musical wonder. I cried, I laughed and I tapped my feet to the musical numbers. Although the films above were fantastic cinema experiences, I can say without a doubt that The Prom was the best time at the cinema that I had all year (All films seen in the cinema were made possible thanks to the proper safety measures and social distancing implemented in the re-opening of theaters).

6. One Night in Miami

Based on Kemp Powers’ stage play of the same name, One Night in Miami is a highly effective stage-to-screen film. Confined in approach, Regina King’s film is dynamic told, intense, proactive, funny and well-acted. Kemp’s writing is full of the sharpest wit, while being extremely provocative and meaningful. Eli Goree, Kingsley Ben-Adir, Aldis Hodge and Leslie Odom Jr. are an unstoppable quartet.

The Invisible Man, which opened just before everything hit, holds up as a tension-filled, almost unbearable psychological horror. It never lets up. A masterful film that builds a distinct atmosphere through its direction paired with its haunting wide-angled cinematography. The negative space in the cinematography’s framing is incredibly nerve-wracking, one is left asking in fear, “Is someone there? Why did the camera pan there?”

Chadwick Boseman delivers his finest performance in this remarkable, jaw-dropping film. Ma Rainey’s Black Bottom rips into your heart, using all its emotional pull and ripping one up into little pieces. Everything is skillfully great; the production design, cinematography, performances, costume design and direction are all equally stirring.

Wonder Woman 1984 is a riveting, heartfelt blast. A gloriously show-stopping tale. Diana’s story fascinates and captivates, Gal Gadot is show-stopping. Beautifully shot with the most lush of colors; the blues and yellows of the Amazon’s sun-drenched island are to be revered. Wonder Woman 1984 is a great successor to the first film, which is one of the greatest comic book films ever, it had a lot to live up to.

Whether it be a young teenager, a restaurant owner, or a pair of lovers, Steve McQueen delivers again and again. Small Axe is McQueen’s attempt to teach the past of a long-forgotten and excluded culture to the mainstream. He is successful at every step, it’s a seriously impressive feat of ingenuity, making five films at once. ‘Lovers Rock’, ‘Mangrove’ and ‘Alex Wheatle’ are this writer’s favorites and they’re all complete different, it’s astonishing.