‘Malcolm & Marie’ Review – A Spiral of Raw and Volatile Intimacy 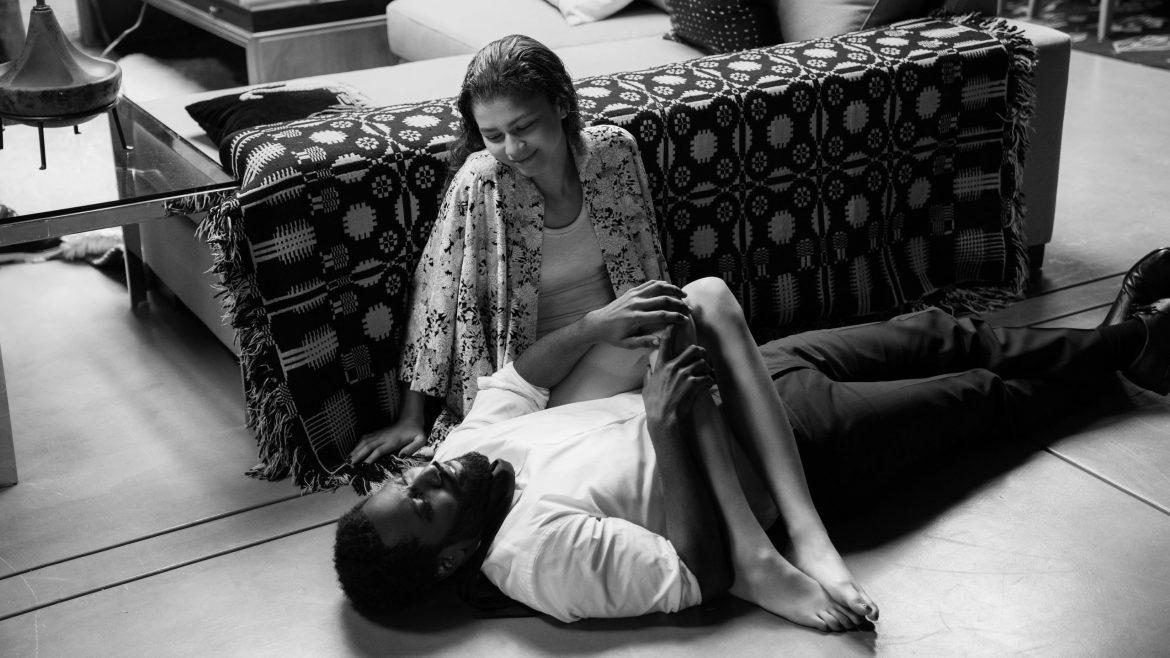 Euphoria creator Sam Levison’s latest project, Malcolm & Marie is a romantic drama starring critically acclaimed actors Zendaya and John David Washington. The film was shot over a mere 16 days and was one of the first to be entirely filmed during the ongoing COVID-19 pandemic. To complete the shoot, cast and crew quarantined two weeks before and after, as well as isolating together during production. Netflix acquired the film back in September, outbidding HBO, A24, and Searchlight Pictures. We follow Zendaya and Washington as their night plays out in real time. The film was funded by Levinson, his wife Ashley, and the two leading stars who serve as executive producers alongside Scott Mescudi, who many know as rapper Kid Cudi. This gritty drama has the clear potential to see nominations in a variety of categories, especially acting, throughout the 2021 award season.

The film is such an intimate experience and ever so minimalistic in every way. It has been crafted in methods that put story first at all times. Obviously, as hinted by the title, the narrative revolves around only two characters. There are no supporting roles at all, making Malcolm, Marie, and their relationship the constant focus. The usage of black-and-white also serves this idea; you are concentrated on the dialogue and character’s expressions more than anything, as the muted colors remove any distractions. It is all about the human condition, what it is to love, what it is to hate, and what it is to self-depreciate.

At times it feels almost uncomfortable to watch this couple erupt, as if you are intruding on these personal and intimate moments. There is a major lack of a non-diegetic soundtrack until the very end, meaning that the only short pieces of music come from the characters playing it. This silence is crucial to this particular narrative, which is ultimately the couple’s quarrelsome night from start to finish after they arrive home from Malcolm’s latest movie premiere. One thing leads to another and their arguments spiral out of control in an extremely realistic way, where they are so fixated on how they have been hurt by each other that they continuously go round in circles – something that is all too familiar for audiences, who will likely be able to see their past or present relationships in one way or another. Having just the dialogue for the majority of the time allows for tension and periods of stark silence to take in the impact of Malcolm and Marie’s distressing choice of vocabulary as they fling insults across the room.

This story is heartbreakingly raw and emotional. As it progresses, we gain so much information on the characters, from the hardships they have individually faced throughout their lives to their previous partners. The viewing experience is exceedingly observational and voyeuristic as you see this couple go from their highest high to their lowest low multiple times, often within a matter of seconds. The constant turbulence makes it difficult to grasp how they feel towards each other. It does come across as quite a toxic relationship where grudges are held and neither one of them can sacrifice their pride and make the changes they need to in order to become a healthy partner, leaving them in constant chaos.

With Malcolm being an up and coming filmmaker and Marie being an aspiring actress, filmmaking is at the forefront of their conversations. There is a particular hyper-real conversation which has the potential to be commentary on how fixated filmmakers can be about criticisms and artistic responsibility. Discourse about who has the right to tell which story is a talking point that reflects conversations that have been taking place in the industry over recent years. The concept of muses and being subconsciously influenced by the people and environment you are surrounded with is one that all filmmakers can relate to.

The performances are what make this film, they are by far the most critical vehicle to tell this story. Washington gives his best performance yet. He is explosive and full of life, showing off everything he has to offer. Zendaya is a powerhouse, she is able to create such moving and emotional beats with just the look on her face. The pair make for a fantastic acting duo and bounce so well off each other. They share great chemistry and both have the ability to create somber quiet moments that can turn passionately tempestuous in the blink of an eye.

Malcolm & Marie is a detailed study into the complexities of relationships, displaying how once seemingly subtle mistake can spiral into every single flaw of a partnership becoming exposed. It reveals just how vulnerable we are as human beings, how opening up too much or reserving our hardships can lead to our demise if not balanced. This film is intensely emotional and authentic, proving just how easily intimacy can turn cold and turbulent. A passionate whirlwind that is not to be missed.