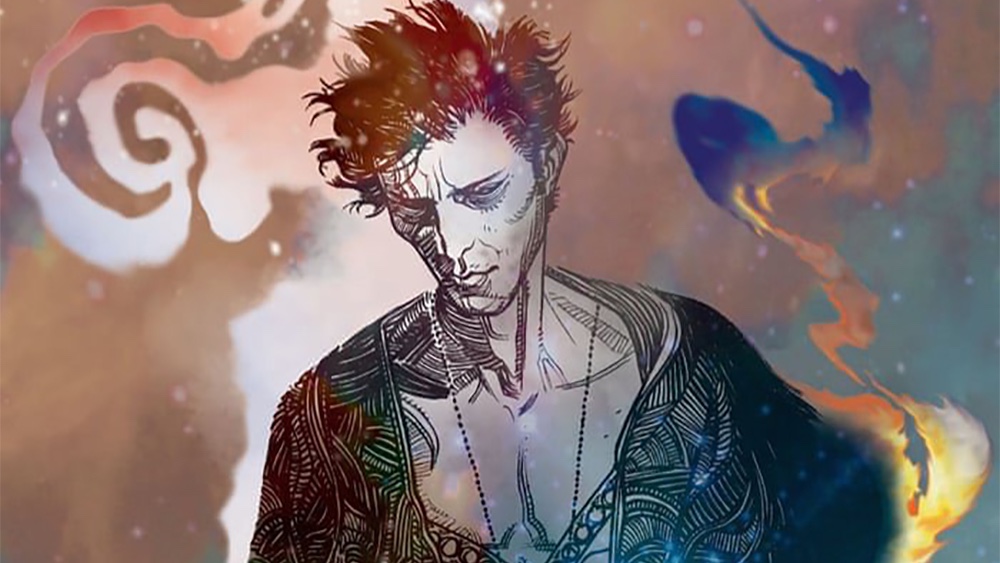 The full main cast for Netflix’s The Sandman series has been revealed, including Tom Sturridge, Gwendoline Christie (confirming our report from two weeks ago), Vivienne Acheampong, Boyd Holbrook, Charles Dance, Asim Chaudhry and Sanjeev Bhaskar. The show is currently in production in London. Our

As for who these actors will star as, Tom Sturridge will play DREAM, Gwendoline Christie will play LUCIFER, Vivienne Acheampong will play LUCIENNE, Boyd Holbrook will play THE CORINTHIAN, Charles Dance will play RODERICK BURGESS, Asim Chaudry will play ABEL, and Sanjeev Bhaskar will play CAIN.

Allan Heinberg is set to write and serve as showrunner on the 11-episode series. With a long career producing and writing staple television such as Grey’s Anatomy and The O.C., comic readers also recognize his name as the creator of Marvel’s Young Avengers. He recently branched into film by writing the screenplay for Wonder Woman, sharing credit with DC maestro Zack Snyder.

Gaiman and David S. Goyer (another famous name in comic-book media) are executive producing the series, and also co-wrote the premiere with Heinberg. Jamie Childs (His Dark Materials) and Mike Barker (The Handmaid’s Tale) are directing episodes. After decades of The Sandman being stuck in development hell as both a film and TV pitch, infamously slipping through the hands of big names like Joseph Gordon-Levitt and James Mangold, fans can rejoice that they are finally getting a live-action adaptation under the approval of Gaiman himself. It will have one of Netflix’s biggest production budgets for a TV series. The series is produced by Warner Bros. Television.

The Sandman is a rich blend of modern myth and dark fantasy in which contemporary fiction, historical drama and legend are seamlessly interwoven, The Sandman follows the people and places affected by Morpheus, the Dream King, as he mends the cosmic — and human — mistakes he’s made during his vast existence.

Neil Gaiman says that “for the last thirty-three years, the Sandman characters have breathed and walked around and talked in my head. I’m unbelievably happy that now, finally, they get to step out of my head and into reality. I can’t wait until the people out there get to see what we’ve been seeing as Dream and the rest of them take flesh, and the flesh belongs to some of the finest actors out there. This is astonishing, and I’m so grateful to the actors and to all of The Sandman collaborators — Netflix, Warner Bros., DC, to Allan Heinberg and David Goyer, and the legions of crafters and geniuses on the show — for making the wildest of all my dreams into reality.”

There is currently no release date set for the series.