Sparks are one of the most resilient bands in history, and you have probably never heard of them. With 25 albums and nearly 500 songs tracing back to the early 70s, the trendsetting duo pathed the way for a multitude of groundbreaking musical movements across time. From Glam Rock to New Wave to 90s Dance Pop, Sparks have dabbled in it all. So why is the name so unrecognizable to so many? Funny enough, it’s practically guaranteed that you have heard their music or style before even without knowing it. Their craft has inspired so many notable artists to success. Franz Ferdinand, The Red Hot Chili Peppers, Nirvana, and more have cited their influence. But, of course, this effect has reached across other creative mediums. One of them being cinema, and there has perhaps never been a filmmaker more touched by them than Edgar Wright, as it is made clear after one watch of The Sparks Brothers.

Wright’s latest, and documentary debut, is a breakthrough for the prolific filmmaker. Devoted fans probably never guessed that he had a brilliant documentary inside him, brewing until the time was right. In reality, this has been a passion project of his for some time, having followed the band with a camera over the last few years. Music has always been a key tool in his storytelling; such as needle drops like Queen in Shaun of the Dead or The Sisters of Mercy in The World’s End. Music is worked into the very backbone of Baby Driver, and I don’t even have to mention how Brie Larson’s cover of ‘Black Sheep’ from Scott Pilgrim goes viral on social media every week. One of the true beauties of Wright’s films, he is always organically introducing his audience to new music – whether it be his personal taste in Punk Rock or Jazz. It solidifies his stamp as a filmmaker and leaves an effect that stays long after the credits roll. He carries the same tradition in The Sparks Brothers, only this time it’s amplified through a different avenue of cinema… and one of his favorite bands of all time. 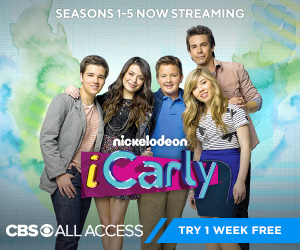 Nothing short of a unique magnum opus, the documentary reaches back to the origins of the group and then makes its way to the very present, using basically each of their 25 albums (and other pivotal moments) as markers. Along the way, we meet old bandmates and fellow artists who have either just admired Sparks or actually played a role in their history. Wright being who he is, uses his expansive reach to bring in a very impressive group of voices. “Weird Al” Yankovic, Mike Myers, Beck, New Order, Flea, Neil Gaiman, Yo Gabba Gabba!‘s DJ Lance Rock, the list goes on. Fans will notice that many of these are familiar faces from his work, but in no way does it feel like the director was just calling them in for a favor. Everyone on screen brings something new to the table when dissecting Sparks, further proving that their impact is greater than you might think. Wright even goes as far to include himself as an interviewee. An unorthodox choice for a documentary, but he wants you to know that he is just a fan like anyone else. It’s an honest and admirable choice that breathes an extra level of liveliness to the film.

The Sparks brothers themselves, Ron and Russell Mael, guide us from beginning to end. Their unpredictable nature grabs a hold of your attention and rarely lets go. The best music documentaries aren’t always so lucky enough to feature the whole band themselves, let alone every single musician who ever played with them as we see here. And when they sometimes do, it can very easily slip into two hours of self-gratification. Yes, Sparks in many regards are pioneers and incomparable figures, but the film always goes back to the big question raised at the very beginning: why aren’t they more well-known? It’s nice to see Ron and Russell Mael approach this project not as greatest hits walk through – which it can be very easily misconceived as – but as a bare study of their art. With this comes all the highs and all the lows, giving insight into why they are perhaps one of the greatest bands you have yet to discover. It’s not an easy question to answer, though by leaving absolutely no minor detail on the cutting room floor, Wright makes the best case for Sparks. It’s not like he is doing his favorite band a favor by making this film, but moreso doing a favor to the culture.

Leading to what could be the only detriment to this documentary debut – the run time is really felt. Some might even go as far to say that it overstays its welcome. In leaving no detail or moment untouched, no matter how big or small, this magnum opus almost reaches two and a half hours, making it Wright’s longest work. Thanks to stellar editing and brilliant use 2-D and stop motion animation – complete with this director’s signature sense of humor – the ride is still felt smoothly for the most part. Though in hindsight, you can’t help but to forgive the film’s length. Not only does The Sparks Brothers leave you walking out as a new fan (their unconventional music bops, why lie?), but you would do the exact same if given the opportunity to make a film about one of your favorite bands with a vast variety of resources. Wouldn’t you want to use the time to break down every album, every era, every moment that defined the band’s mythos and graciously implore everyone to stop sleeping on good music without ever sounding like a jerk? Because that’s what Edgar Wright just did.

The Sparks Brothers premiered at the 2021 Sundance Film Festival.

Director J Blakeson on the Twisted Humor of...

Carlson Young on the Inspirations Behind Her Feature...