‘Tom & Jerry’ Review – A Hollow Game of Cat and Mouse 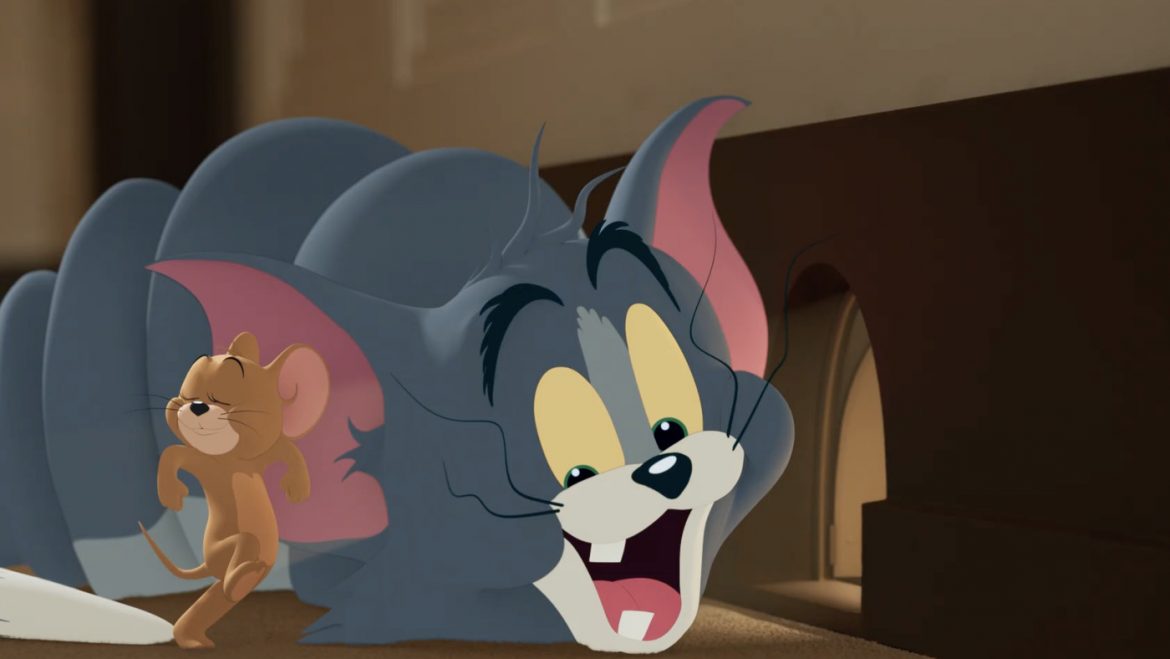 Tom & Jerry are a dynamic duo older than some of today’s most famous comic-book characters and “classic” films. The cartoon cat and mouse have been budding heads and crushing each other’s paws since their 1940 debut in Puss Gets the Boot. A live-action film inspired by Fox’s Alvin and the Chipmunks was originally announced in 2009, but no progress was made until 2015 when Warner Bros decided to push for a completely animated feature “in the vein of the source material.” Then in October of 2018, plans changed again when it was revealed that the film would instead be a live-action/animated hybrid.

Now after a few COVID delays, we finally have Tom & Jerry available to watch in the comfort of our homes, masks off and everything thanks to HBO Max. Unfortunately, it’s a bland, corporate made film that does nothing new, instead choosing to fall back onto old tropes with forgettable characters. Our boys deserved better.

Tom & Jerry follows the two titular characters making their way through ‘The Big Apple’. After some shenanigans, Tom and Jerry end up at The Royal Gate Hotel – a high class, gorgeous inn that sets a bar high for its customers, most of whom are wealthy celebrities or businessmen. This is where they run into Chloë Grace Moretz and Michael Peña’s characters (just try to remember their names). Moretz sneaks her way into the hotel staff while they prepare for a huge celebrity wedding. The famous couple played by Pallavi Sharda and Colin Jost (who feel like a reference to Nick Jones and Priyanka Chopra) arrive at the hotel, setting off the main plot and with it, tons and tons of chaos.

When it was announced that Tom & Jerry would be an animated/live-action hybrid, fans were worried and hoping that it wouldn’t be another Garfield or Yogi Bear situation. Most were relieved when the first trailer dropped and got to see that Tom, Jerry, and every other animal in the film would be animated in a more recognizable style. The animation is actually the biggest highlight of the film, as it’s clean and practically flawless. The characters move and interact with each other in the same vein as the old cartoons, it’s just polished and updated. Every animal seen on screen, from pigeons to random dogs in the background to even a spider in a small corner, is animated in the same way as Tom & Jerry. This attention to detail is really impressive and makes the scenes shared with humans feel seamless and natural.

While the animation is a definite highlight, the rest on the other hand is dull and uninteresting. The story isn’t anything new. In fact, it’s a frequently used plot of an unqualified lowlife who sneaks their way into a job or team of sorts – learning throughout the film that maybe they can be apart of this group and the meaning of caring for others. The exception in this film’s case, is that intertwined between that story are sequences of a cartoon cat and mouse chasing and pranking each other. Even the Tom & Jerry stuff is boring at times because it’s just the same gags from the cartoons, but shinier. It’s not to say these bits are bad, just more of the same stuff we have already seen as kids. This on top of the human plot leaves more to be desired, resulting in a hollow experience. None of which is helped by the characters.

The leads in Tom & Jerry drag the entire thing down. Chloe Grace Moretz is a great actress and has already proved herself in films like Kick-Ass and Let Me In, but here she just phones it in. But who can blame her, as the script doesn’t give much to work with. Michael Peña plays the mean manager of the hotel, similar to that of Tim Curry in Home Alone 2, which sounds like a role he would crush. While he is good, the script again, doesn’t offer anything.

The characters who actually feel like they have fleshed out arcs are the celebrity couple, who go through highs and lows of planning their big wedding. There’s nothing really exciting done with them, but when all the other players, Tom & Jerry included, don’t really change or grow, it makes even the smallest growth look like big leap forward. There’s even a subplot with a bartender at the hotel, played by Jordan Bogler, which hints at a potential relationship with Moretz, but they aren’t given enough time for anyone to tell if that’s what the film is actually going for. Tom & Jerry has a recurring theme of working hard and earning the things in life, but it never digs deep enough, and even goes against it at times.

Films made for kids usually go one of two ways. One way is taking the opportunity to tell a mature story, while also catering towards children with clever humor and storytelling. Films like Inside out, Soul, Into the Spider-Verse, and more do this extremely well, making the narrative accessible for people of all ages. Tom & Jerry is part of the other group of children’s movies: soulless IP made purely for profit by exploiting popular characters or idols that we grew up with. Instead of witty comedy, the film relies on poop jokes and no real sense of wordplay. The dialogue is formulaic and revolves around everyone acting so out of the ordinary, you can’t help but cringe. It’s lazy filmmaking and insulting to the young people watching as well as this cartoon duo’s legacy.

One would expect the score to be filled with wacky sounds and instrumental music like the classic cartoon. While this is present at certain points, most of the music included is Rap and Hip-Hop beats that don’t fit, making scenes awkward and unnatural. This is made more aware when a pigeon raps during the opening credits, or when Tom is playing the piano and singing with an auto-tuned voice like T-Pain or Travis Scott, but a lot less catchy and fun. The direction amplifies these feelings by its blandness and overall lack of creativity, The camera never does anything interesting, outside of two scenes. One in the beginning during a fight between Tom & Jerry at night, which includes a really cool Batman 89′ reference, and a chase sequence in the streets of New York at the end.

Tom & Jerry is a hollow retelling of films already seen before, leading us on a journey that’s predictable at every turn. Weak plot and acting leaves the human roles as nothing more than obstacles for Tom & Jerry to plow through. Emotional beats fall flat and make you want to go back to the all too familiar cat and mouse shenanigans. At least that’s more entertaining to watch than actors simply phoning it in. Great animation isn’t enough to save this from its mediocrity.