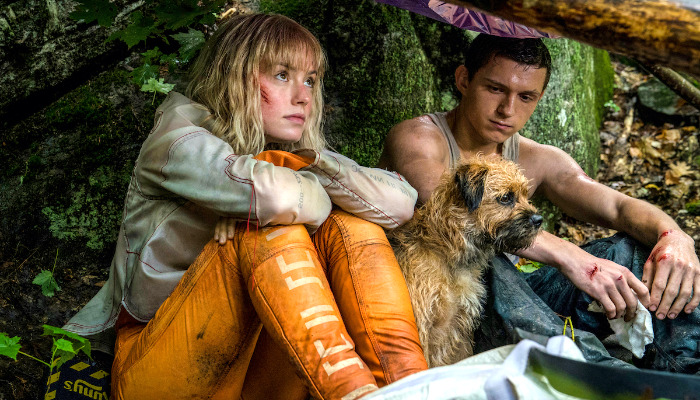 Chaos Walking has had its fair share of production hurdles since the film’s rights were acquired nearly ten years ago. Shot back in 2017, it was originally due in early 2019. Unfortunately, the initial cut did not turn out as anticipated, resulting in several weeks of reshoots. The Knife of Never Letting Go is the first book in the ‘Chaos Walking’ trilogy which director Doug Liman adapts the film from. Author Patrick Ness describes the narrative as a remix of the book’s story to aid its translation to screen and hopes that fans of the book and those who had not read it can equally enjoy the action-packed flick.

With all these troubles, it did not seem far-fetched to think that this film could end up a complete mess, making it a very pleasant surprise when it turned out to be quite enjoyable. In a way, it evokes this element of nostalgia in its similarities to the golden era of YA films from the early 2010s, which many, of course, fondly remember. From the offset, one can sense the presence of The Hunger Games, especially from its cinematography, production design, and general tone. Make no mistake, there most definitely are issues with the film, but none so catastrophic that it’s rendered unwatchable.

The concept of Chaos Walking is a lot more complex than suggested in trailers. While it is very much a wild, action-packed Western/Sci-fi hybrid, it also has a lot of heart and deals with really sophisticated themes such as gender politics, the patriarchy, and the toxicity of the male gaze which in being well-handled contributes greatly to the tension of the story. Additionally, there are hard-hitting metaphors used to reflect society’s discourse around migration and refugees. These topics are such strong points in the film and what really elevate it past the expectations of just another genre movie.

One thing that really brings the film down, however, is the pacing. It’s all over the place to put it simply, especially slow during the first act and is sluggish at times in the second. When Chaos Walking opens, one gets to spend some quality time learning in-depth about Tom Holland’s character, Todd Hewitt, as they can hear every single thought he has which is referred to as ‘The Noise’. This section is slow but does let the audience become familiar and connected with Todd. Daisy Ridley’s Viola does not get this same initial introduction as she crash lands on this strange planet called ‘New World’ before the script reveals anything about her. Granted she is meant to be mysterious at first, but to not get any dialogue during her breakout scene feels rushed and like a wasted opportunity. In a way, it feels like it would have been better to not show her at all until she meets Todd in order to fully commit to her mysteriousness.

New World as a setting is very intriguing as it’s an unusual blend of a technologically advanced dystopian society with simple colonial America, which perfectly represents the mix of the Sci-fi and Western genres. The production design is quite minimal and manages to allow this combination of settings to coexist without looking out of place, and considerably aids the world building that is equally as important as the characters.

As Todd and Viola go on an expedition in order to keep her safe from the all-male society that feels threatened by her, one learns the dark secrets of these fragmented groups and their origins. One of New World’s greatest mysteries is the presence of ‘The Noise,’ which only expels men’s thoughts – a reference to how what’s going on in someone’s head can be rather intrusive if they aren’t able to contain and filter it. While some are able to master the restraint of their consciousness and use the curse of the Noise in alternative ways, others cannot prevent their internal monologues from being revealed.

There is an element of comedy introduced when Todd is unable to hold in anything that comes to his mind and that pokes fun of how people sometimes think incoherently and in singular words, in contrast to the complex sentences they speak with. Ultimately, the Noise is a physical manifestation of human existence in its simplest and most complex forms, it can seem overwhelming at times but is intended to in order to simulate information overload.

It’s no surprise that Tom Holland and Daisy Ridley’s performances are charismatic and charming, they share good chemistry and bounce off each other well without forcing a romance. Through both physical and voice acting, Holland fully embodies the character of Todd Hewitt, convincing the viewer of his innocence and anxieties. Ridley brings heart to her mysterious yet strong role, making sure she isn’t a damsel in distress. Mads Mikkelson is no stranger to playing a villain and is once again exceptional in Chaos Walking as David Prentis, leader of Prentisstown where protagonist Todd grows up and resides. The only complaint with Mikkelson is that not enough is seen of him. His performance is so daunting and wicked that the story only could have benefited as a result of incorporating him more. The only casting that did appear out of place was Nick Jonas as Prentis’ son. There isn’t anything wrong with his acting capabilities, it’s more so that Mikkelson and Jonas look mismatched – making it harder to comprehend their relationship.

As previously said, this film is not perfect and most definitely has its weaknesses, but for another dystopian tale like this, it’s arguable that being enjoyable is the most important aspect and Chaos Walking does satisfy that criteria. With the original books being a trilogy, the movie sets up this intricate world that has more story left to tell. It does end on a note that could suggest further expansion into a series, however, with the complications that this initial production went through, it would not be a surprise if nothing more came of this franchise.

Despite its flaws, it’s worth a watch to make one’s own opinion and to ponder on some of the hard-hitting questions that the narrative poses. It’s most definitely a film that fans of Holland and Ridley will enjoy, and rightly so as they shine in their roles, bringing life to the intricate characters of Todd and Viola. For Chaos Walking to finally be releasing after the long and complicated road it had throughout its production and delayed releases is a victory in itself… and it deserves to be seen by audiences at the very least.