‘Coming 2 America’ Review – A Solid Companion to the Original 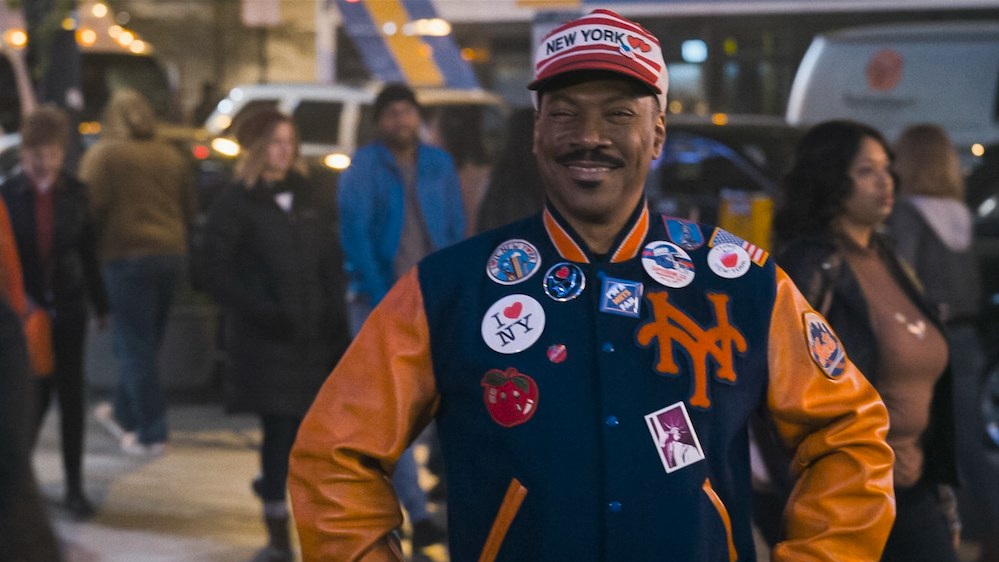 Legacy sequels are one of Hollywood’s easiest tricks for fast money. Bring back famous actors in iconic roles that first blew them to stardom but in a story set closer to the present, thus revolving all the conflict around their older age and place in time. Studios have basically got it down to a science, and it’s most common with comedies, recent examples including Dumb and Dumber To and Zoolander 2. The originals are classics that have stood the test of time, and the follow ups were the harsh wake-up call of “Yeah… maybe we never did need a sequel?” Eddie Murphy now finds himself in a similar situation with Coming 2 America, the follow-up to the 1988 milestone film of the same name (minus the wordplay). It’s been over 3 decades since audiences last saw Prince Akeem, and to much delight, his return is one worth celebrating.

Murphy made headlines in 2019 with Dolemite Is My Name, the comeback many had been waiting for after years of starring in one lackluster comedy after the other. That era of Murphy’s career is in the past now, and even though it’s somewhat divisive as to how good or bad it was (Norbit does have a following believe it or not), many can agree that it’s very welcome to see the actor back in a more natural rhythm. Coming 2 America, rightfully, continues this stride as Murphy reunites with old friends and brings some new ones along the way, including Dolemite director Craig Brewer. This may not be an exact home run, but it’s the kind of legacy sequel that audiences get once every blue moon – one that justifies its singular worth while also shining new light on the first.

Coming 2 America sees Prince Akeem now as King of Zamunda, searching for his illegitimate son back in New York. It turns out that during the events of the original, his companion Semmi (Arsenio Hall) set him up on a one-night stand that he was destined to never remember. As King, he has no choice but to go back to the states and find this would be Prince to grant him a place next in line to the throne. This so far is a classic setup, and even though Murphy and co. do an excellent job of delivering a familiar premise, it’s ultimately something people have already seen before. Thankfully, the story finds new life when throwing in the fact that Akeem has 3 daughters, all capable enough of eventually sitting on the throne as Queen. Add into the mix Wesley Snipes as a ruthless dictator-general who wants to take over Zamunda’s assets, and things get refreshing.

An element that new viewers and long time fans can both appreciate is how little of the film actually takes place in America. Zamunda is the main setting for the sequel, making way for luscious backdrops and scenery. This narrative was always going to be put to some sort of test returning in the modern-day, especially in a time like 2021. The first Coming to America may have pioneered the theme of Black Excellence, but it’s now grown so much more into the mainstream, and for the better. Films like Black Panther and Beyoncé’s Black Is King have opened people’s eyes to not only the various ways Black Excellence can be portrayed but also expressed. Murphy coming back into the fold as a Black pioneer is amazing to see, but even he knows that he’s got to add something to this movement. This can’t just be another rinse and repeat project, and by tackling this challenge head-on, Coming 2 America earns enough value in today’s cinematic landscape.

Gracious costumes by Oscar-winner Ruth E. Carter and impressive set pieces framed by Empire cinematographer Jody Williams elevate this vision. If there is one thing this sequel isn’t lacking: it’s style. A liveliness that goes hand in hand with both the people in front and behind the camera. Murphy and Hall slip back into their leading roles seamlessly, making it feel as if audiences were just with them yesterday. Snipes, without a doubt, is just having a kick-ass time chewing up every bit of dialogue (the first villain he’s technically played in 28 years). Coming 2 America boasts a specific kind of zaniness that so many comedies attempt to dabble in. Similar examples being the films of Adam McKay, where the often chaotic humor appears to be incredibly random but is always under control, even when achieved through improv. Coming 2 America actually becomes reminiscent of Anchorman 2 (which is a good movie don’t be fooled), but Brewer always keeps things more grounded with sensibility, appropriate for some of the heavier themes at hand.

There are major threads of lineage and cross-cultural relations that tie the film together. They are welcome and approached diligently, but are often expressed a little too on the nose. It’s here where the film falls back on safer territory. This doesn’t necessarily minimize the messages or diminish the plot, it just becomes a tad bit predictable. This falls in line with the humor which eventually relies on some of Murphy’s old habits, the man can’t help himself with fan service but can anyone blame him? Although, instead of using familiar comedy as a dangerous crutch, the film takes a turn on the more personal side, reminding everyone why characters like Akeem and Semmi are revered in the first place. The messages, although important, may lose subtlety and the comedy may begin to wear thin, but Murphy and his team bring it all home by highlighting the film’s human core.

Fans will absolutely find much to love in Coming 2 America, and newcomers will certainly be inspired to quickly jump on the original. Going in wanting something better than the first film is futile; no movie will ever recapture that exact magic because of it being such a landmark. That doesn’t mean that more greatness can’t be built upon this though. The sequel ends up as a nice companion piece to the original, one that’s got something to say with a full chest. When compared to previous attempts at bringing back classic characters, that might be all people can ask for. For the more devoted Eddie Murphy fans, this surely lands on the stronger half of his filmography where he plays multiple people in the same room.