Pete Docter Reflects on the Success of ‘Soul’ – Exclusive Interview 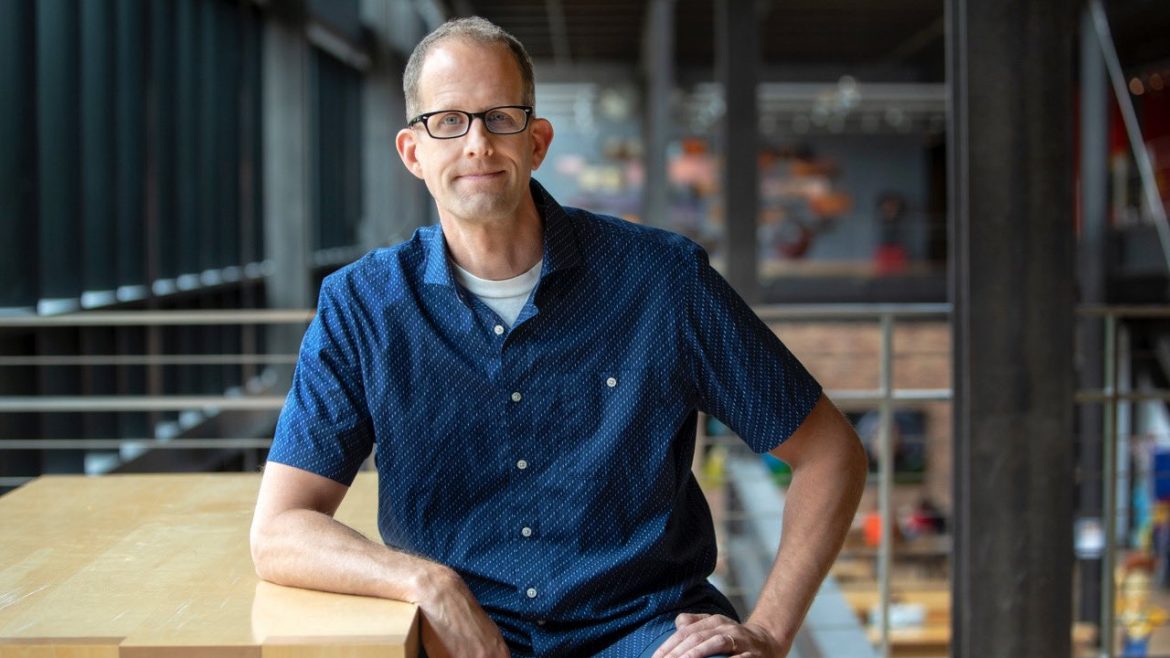 Under the watchful eye of Chief Creative Officer Pete Docter, the future of Pixar is bright. Despite the monumental success of his previous works – including Monsters Inc., Up, and Inside Out – the Minnesota-born animator and creative has remained among the most respected personalities in his industry. Assuming the top position in 2018, in place of Pixar’s previous long-time CCO, Docter has seen a number of major shifts and challenges at the company, including a push for diversification behind the scenes. His guiding hand as a producer is also at the forefront of the studio’s foray into episodic television, including the upcoming series Dug Days, Win or Lose, and even Monsters at Work.

As his attention turns toward supporting Pixar’s younger, new-coming creators in their animated endeavors, the Disney+ released Soul is said to be Docter’s last time in the director’s chair for the time being. Released amidst the COVID-19 pandemic, Soul marked Pixar’s first major release without a theatrical run, but it still managed to capture the hearts of stay-at-home global audiences. Starring the vocal talents of Jamie Foxx and Tina Fey, the film was notably the studio’s first with a Black lead – a step in the right direction for on-screen representation and also a major part of the film’s identity.

In honor of Soul finally hitting a Blu-ray/4K release, we were lucky enough to sit down with Pete Docter himself. We reflect on the success of Soul and talk about the future of Pixar, both in theaters and on Disney+. Needless to say, with Soul possibly on its way to winning the Academy Award for Best Animated Feature this Sunday, this conversation hit a heavy note.

Soul is Pixar’s first film with a Black protagonist, and his unique perspective can be felt throughout. Seeing as so many communities of color have gravitated towards that part of the movie, how do you think that correlates to its success?

Pete Docter: I think we have work to do, yet we’re getting better at really being representative of our entire audience. A lot of us, like myself, grew up in middle-class white America, and so we make films that reflect our own experience. Now at Pixar, we’re at a place where we have a great deal with diversity, both people working on the films as well as leadership. And I think we really owe it to our audiences for them to be able to see themselves represented up on the screen.

I think that has certainly helped contribute to the success of Soul in that, for the first time, a big sector of the audience is seeing their culture represented, and we’re hoping it’s accurate – for as accurately as we could portray it. We worked very hard with a lot of consultants to try to [capture] not only [an] African American [experience], generally, but very specifically, what it is to live in Queens, New York, as a Jazz musician, as a teacher; you have all those very specific things that make Joe who he is. We tried to get that right and we relied on a lot of different people to help us.

As you said, one of the specific parts of Joe’s experience is the music. The soundtrack of the film from John Batiste, Trent Reznor, & Atticus Ross brings together a lot of elements that are unconventional and unprecedented for Pixar. How was this musical process and development different from past productions?

Pete Docter: It was really different. Okay, so I think we started working with Trent and Atticus first. They’re from The Social Network and all the other films with [David] Fincher, and the way they work is quite different. Let me back up. The way we’ve traditionally worked, from Toy Story with Randy Newman on so forth, it has been what we call “post-written” so the picture is pretty much frame locked: everything is there. All the action is, of course, spelled out by the animation. And then Randy, or Michael [Giacchino], or whoever will come in and write a score to fit that.

In the case of Trent and Atticus, they started giving us musical ideas based on a very rough story reel. So it wasn’t animated yet, we were still shaping the scenes and crafting what exactly would happen. They gave us these wonderful musical themes that we would start to cut in. It was really interesting; the music would start to shape the scene. So it was this really cool, symbiotic relationship.

Working with John [Batiste], we knew we needed to record the music even before the animation came because we wanted to fit the performance to what we heard. So we set up like 60 GoPros all over the place so we could really see from every angle, “what’s this pinkie doing?” and “how is his elbow held?” So we really wanted to make it as accurate as possible so that musicians watching go, “Yeah, that’s real! They got it right.” And we’ve been really praised for the work that our teams have done on, say, Ratatouille. I just talked to some chefs in Denmark who were like, “You guys totally got it right!” So that’s always really gratifying.

Going off that statement, what do you think was the most personally interesting or challenging part of bringing this world to life that you found satisfying to see on screen?

Pete Docter: The most challenging thing was, of course, coming up with this world that, so far as I know, doesn’t really exist. The Great Before, and specifically souls – this idea of an ephemeral, ethereal, non-physical part of us. How do we represent that visually? But then the part that I think was the most rewarding, in a sense, was getting to know John Batiste, talk to the many jazz musicians, and hear stories of how perfectly the experience of being a musician represents our own lives in a weird way.

Herbie Hancock tells a story of playing with Miles Davis, who he got to perform with. He was pretty young, I think he’s like in his 20s, and he’s a keyboardist for Miles’ world famous Miles Davis [Quintet], and they’re having this tour. Herbie said, in the middle of this great concert, [he] played this chord that was so wrong that he thought he destroyed the whole night. Instead, he looks over to Miles, who just plays some notes and makes the chord right. And he was like, “I couldn’t figure out how that happened.” But what he did was he didn’t judge it as something that was wrong or right, he just took it as something new and tried to make it into something beautiful, something worthwhile.

That just felt like such an amazing metaphor for what we’re all meant to do with our lives. We can’t control every aspect of it. Everyday stuff happens that you’re like, “Agh, I would really rather not have this happening.” But all you can do is control your reactions to it and try to make it into something good.

Seeing as this is the first Pixar film to hit physical release after it’s been available on a big streaming service for so long, what do you think is the most valuable aspect of a physical release?

Pete Docter: I am old fashioned. I still like having a book or a thing that I can go like, “It’s mine.” I can put it right here on the shelf; I know where it is. And as lovely as Disney+ is, it’s a little bit mysterious. Like, I don’t really know what’s there, where, and how, or how do I make sure that I own it? It might be a generational thing, too. I’m not sure that younger people feel the same attachment to the physical. But also just as a filmmaker, I’ll say, I almost feel like it’s our yearbook. You know, at the end of high school, you have all your photos and collection of autographs from everybody – the Blu-ray is kind of like that. We’re like, “Okay, this now contains four or five years of my life right here.” It’s nice to have something to hold on to.

This release is going to be similar to that of Luca coming up soon. Has this online streaming release changed your view of the film’s reception, and movie releases going forward?

Pete Docter: Well, for those of us who’ve been around for a while, this is our first film that did not have a direct theatrical release. I would be lying if I said we were thrilled about that. I think there is something big and monumental about a theatrical release, going to these big buildings with a bunch of strangers to see it on the big screen. That’s the way we’ve made it; we finalized every frame on a big screen. So to kind of skip that and know that people are gonna be watching on their iPhones or whatever? I hope they’re not watching on their iPhones. I hope they at least put it on a TV with some good sound because the people who worked on the film, you know, there’s such amazing stuff in there.

In terms of the actual release, I think there are details in terms of where you advertise and how you get the word out, but to me it almost felt like the audience was bigger on Soul. Part of it might be where we are in time; we’re all stuck locked up at home. So for everybody, in the privacy of their own homes, to have suddenly seen the film within a weekend or two weeks or whatever, that was pretty mind blowing. Whereas theatrically, it seems like it’s a little bit of a longer [wait]. Sometimes there’s months before I hear from friends who are like, “Oh, finally saw your film!” whereas [with Soul] it was all pretty quick.

You can purchase Soul now on Blu-ray and 4K!

Read Next: Monsters at Work – Everything We Know