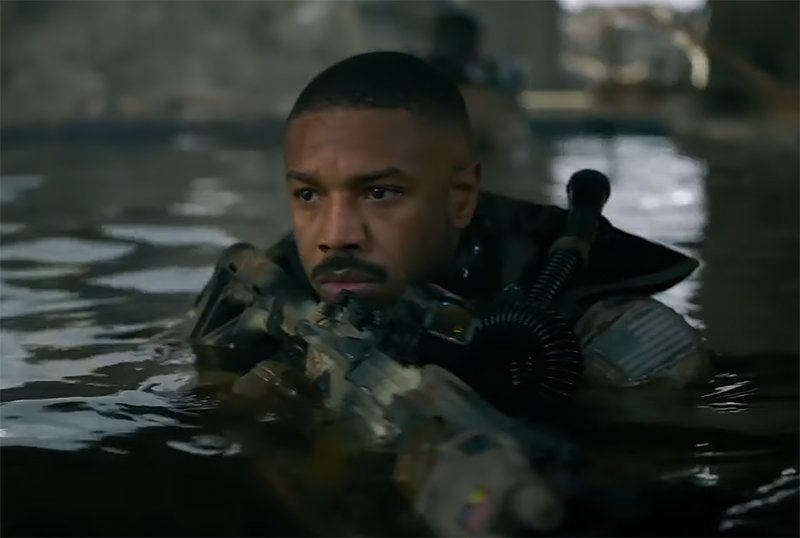 Over the course of many decades, the work of acclaimed author Tom Clancy has seen endless adaptations, from movies, television, and even video games. Now, joining Jack Ryan on Prime Video is Tom Clancy’s Without Remorse, the first adaptation of the 1990 novel of the same name. Although the film suffers from an overdone premise and a run-of-the-mill story, strong action and a great turnout from leading star Michael B. Jordan manage to set Without Remorse apart from others in the genre.

The film follows Senior Chief Navy SEAL John Clark (Michael B. Jordan), who finds himself at the center of a dangerous conspiracy between multiple countries. After his wife Pam (Lauren London) and unborn daughter are murdered, Clark is determined to hunt down and find whoever is responsible for the death of his family, leading to a battle that, if lost, could lead to the beginning of the next Cold War.

The story of a man wanting revenge for the death of his family isn’t new or original, and this is the biggest flaw of Without Remorse. The film’s premise is something that any action movie fan has become incredibly used to, with a classic revenge plot being the go-to for any basic action flick. Originality is scarce in this latest Tom Clancy adaptation, which is unfortunate when the more than capable cast is giving their all to make this script as good as it can be.

The best performance, to no surprise, comes from the film’s lead. Michael B. Jordan adds an extra dimension to John Clark, setting him apart from fellow action protagonists. Jordan perfectly captures the psychology and intensity of a man who has lost everything and is fully prepared to avenge his loved ones at all costs. Special praise must also be given to actress Lauren London, who portrays Pam Clark, John’s wife. Jordan and London bring very realistic and natural chemistry, allowing for the relationship at the core of the film to hold the necessary emotional weight.

The action sequences are also noteworthy, as the film manages to seamlessly capture the essence of a soldier locked in the fight of his life, helped by impressive stunt work from the actors, who did the majority of their own stunts. The most pivotal of these scenes, and the one that will stick with viewers the most, is an intense underwater sequence featuring Michael B. Jordan that encapsulates the feeling of a man with mere seconds before drowning as he attempts to find a raft for his fellow soldiers in the wreckage of a plane, a scene sure to make the viewer feel extremely anxious, the weight of every small breath Clark takes apparent.

Even if strong performances and stunning action do their part, they can only go so far in boosting a weak narrative, which is front and center in Without Remorse. The film, like most entries in the ever-expanding Tom Clancy franchise, feels like a very standard action movie about government agents and soldiers, adding very little to the genre and premises it’s taking from. However, if one is willing to turn their brain off and enjoy a nice popcorn flick at home, Without Remorse has enough to warrant an enjoyable and exciting experience.

‘The Voyeurs’ Review – An Interesting but Messy...

The Contenders: The Story of How ‘Sound of...

Robert Kirkman on ‘Invincible’ and Reuniting with Steven...