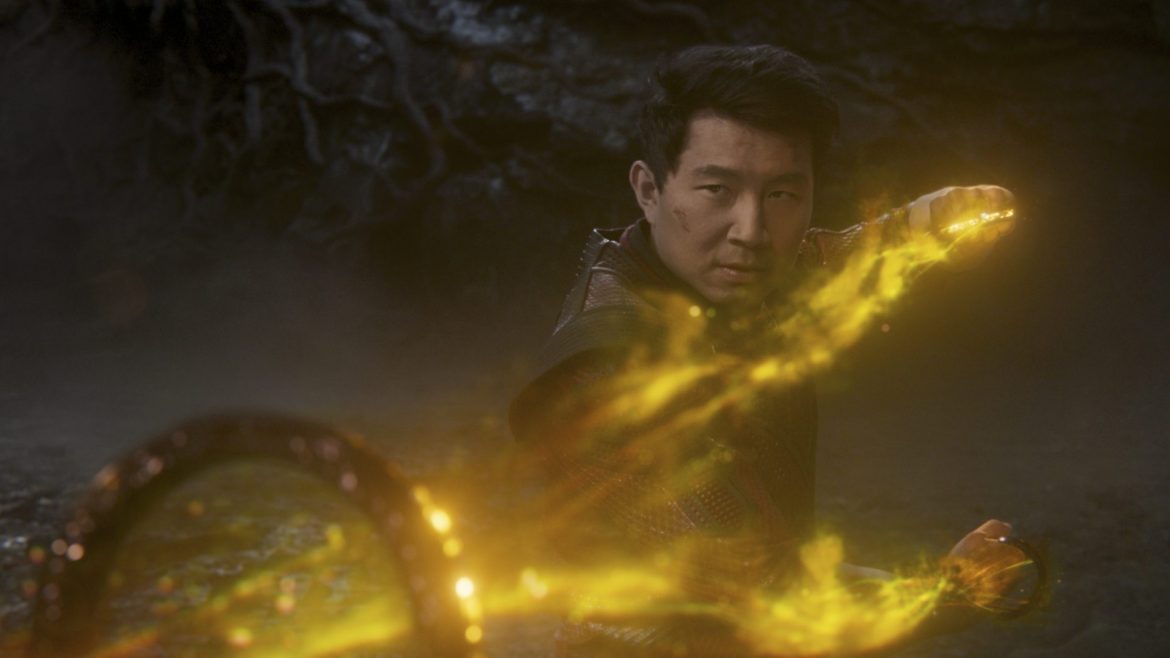 With the success of Marvel’s Black Panther, the studio brings us the first Asian-led superhero ensemble with Shang-Chi and the Legend of the Ten Rings. For those who may not have heard of Shang-Chi, his history in Marvel Comics predates the 1970s. Modeled after Bruce Lee, he’s known as the Master of Kung Fu. The venture into a film centered around Martial Arts is a first for Marvel Studios and indie director Destin Daniel Cretton (Short Term 12). This latest pairing of distinct vision and massive budget makes Shang-Chi a surprising journey of self-discovery, however, it’s not bereft of shortcomings.

At the helm of Shang-Chi is Simu Liu, known for his role as Jung in Kim’s Convenience. The film immediately dives into the backstory of the Ten Rings, introducing the incomparable Tony Leung as Wenwu. To no surprise, there’s way more to the Ten Rings than previous Marvel entries have merely alluded to. Wenwu is an absolute scene-stealer and makes for a well-layered villain, standing far above lackluster foes from MCU’s past. You’ll feel bad for him and then have to quickly remind yourself that he’s the bad guy, to the point where he becomes just as a main driving force as Shang-Chi himself. There’s even a moment where he calls the “Mandarin” title an appropriation of the chicken dish, which couldn’t be more welcomed as it falls in line with Marvel’s previous criticism of an otherwise insensitive stereotype.

On his quest to power, Wenwu meets the love of his life Leiko (Fala Chen). His conquests are put on hold to start a family in his remote fortress in the mountains. Considering his upbringing, we find the adult Shang-Chi as a car valet in San Francisco alongside his best friend Katy (Awkwafina) in the present. Liu brings a lot of his comedy chops with Awkwafina doing her part in creating a fine balance of humor and drama. Thanks to how their acting talents are utilized, this duo has more to offer than just quips.

There is a lot of world building when it comes to Shang-Chi’s past. From his father Wenwu’s ten rings army of assassins to his mothers’ village of Ta Lo. It’s here in these village scenes where the film starts to lose its footing. While the costumes, set design, and scenery of Ta Lo are some of the most striking, credibility is lost with the not up to scratch visual effects. This is also where Michelle Yeoh makes her entrance as Shang-Chi’s aunt, Jiang Nan. Despite the less than stellar visuals that carry on until the third act, it’s still really exciting to see notable callbacks such as Yeoh’s Crouching Tiger Hidden Dragon fighting style.

Similarly, a lot of the film combines Wuxia with elements that we’ve seen from previous MCU superheroes. The fight choreography is where the film ultimately shines. It’s refreshing to see genuine (not purely facile) Kung Fu being introduced to a whole new generation of audiences. A lot of the fights are inspired by Jackie Chan thanks to fight coordinator Andy Cheng. He previously worked with Jackie as a stunt double and was the assistant stunt coordinator on the Rush Hour trilogy. The clear homage to Martial Arts past shows how much care director Destin Daniel Cretton put into this film’s narrative and messaging.

Additional standouts include newcomer Meng’er Zhang as Shang-Chi’s younger sister, Xialing, and the surprise return of Ben Kingsley reprising his role of Trevor Slattery from Iron Man 3. Fans rejoice, for his moments as the committed classically trained actor are just as hilarious as they were before. But make no mistake, even though there’s plenty of comedy present, at the emotional core of Shang-Chi are the family dynamics. The brutal past and present with Wenwu makes it difficult for Shang-Chi to mature and accept who he is. With this being his first major outing, Liu struggles in some of the more dramatic aspects of the story but delivers a powerful finish without a doubt. Not the smoothest introduction when compared to other MCU leads, still, Liu gracefully manages to find some ownership in the titular role.

Shang-Chi and the Legend of the Ten Rings is a superb blend of East meets West. It’s a beautiful celebration of culture and triumph for the Asian community. The ensemble as a whole is a knockout that carries the film to greater heights. Though at times it falters with its ambitious storyline and lackluster visuals, it’s very hard to look away from all that does succeed. A somewhat rocky start perhaps, yet Shang-Chi’s screen presence and vast potential for more in this universe is undeniable. It’s easily one of the more entertaining standalone Marvel films.