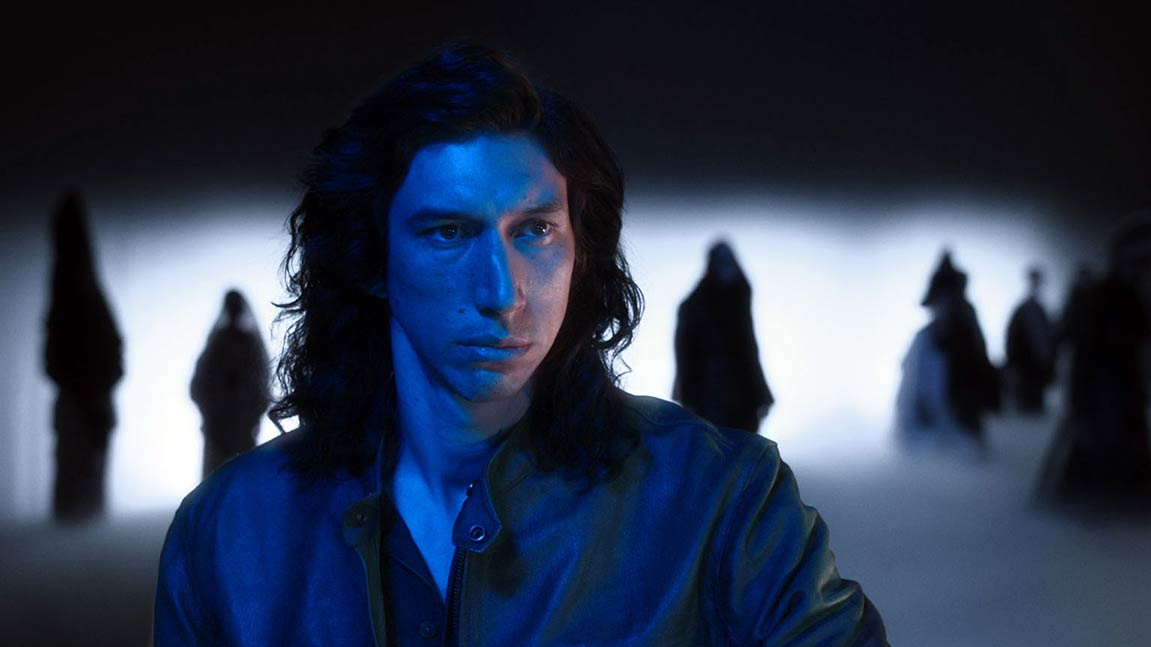 Naturally, any film with Adam Driver and Marion Cotillard is bound to be anticipated, they are two of Hollywood’s crown jewels when it comes to sheer performative talent. Sad to say, but the two are completely misused in Leos Carax’s confused mishmash, Annette. Even though hilarious at times, the absurd ways in which Carax tries to communicate the film’s supposed ideas becomes extremely tedious.

Annette follows Henry (Driver) and Ann (Cotillard), two completely differing people with aspirations to have a child. Henry is a stand-up comedian, known for his boxer-like entrances. Whereas, Ann is an opera singer, known for her bravado performances in tragic stage tales. The birth of their child, Annette, shifts their entire world, for better and for worse.

Carax’s vision is incoherent and sometimes laughable, despite him clearly caring about the film. As for his actors, Driver and Cotillard are about the only thing that makes Annette somewhat endearing and processable. They do an acceptable job as the main duo and try their best to elevate an otherwise wonky film. The film intentionally comes off as more of a stage play, and this creative vision was clearly a challenge to put to screen. Perhaps the artists at hand wanted to tackle Annette because of its sheer absurdity and potential to do something so different that it was guaranteed to turn heads?

Annette asks viewers to suspend their disbelief throughout its entirety. It becomes laugh-out-loud hysterical, in not all the right ways, as one begins to realize its true form. Needless to say, it’s definitely “out there.” The film is full of strange green screen moments that feel too silly for its own good. One is left to wonder as to what they hoped to achieve, for it’s either done on purpose or through chaotic accident.

The icing on the cake is the consistent repetition of paparazzi intervals which showcase the relationship status of the couple. It’s slapdash, to the max, and completely eye-rolling. Another field that makes Annette almost unbearable is within its editing. Certain choices are, to say the least, uncanny. Strange fades and overlays draw attention to the artificiality of the film, which again, is evidently driven by some kind of vision, but with what purpose?

The film is sung almost the entire way and when it switches back to normal dialogue, it feels unnaturally off. Annette would’ve benefited enormously by debuting on stage rather than on film. The film’s cinematography consists of the camera operator chasing the actors and doing random zooms to try and amp up interest. The stage play nature of the film is especially present during Driver’s comedy segments where the camera moves side to side with occasional zooms. Simply put, this story is meant for a different experience and doesn’t work best when constrained to another medium. The music can be quite mesmerizing, despite overstaying its welcome in many scenes. The one moment that remains memorable for its impact is the ending when the narrative finally, just about, snaps out of its lucid and confused trance.

Nothing apart from the film’s few good performances makes Annette a recommendable watch. Ultimately, it’s impossible to take the film seriously or as any sort of artistic comment, because a clear endgame is nowhere to be found. It’s nothing more than a haphazardly put together story that is clearly confused about its true intentions.