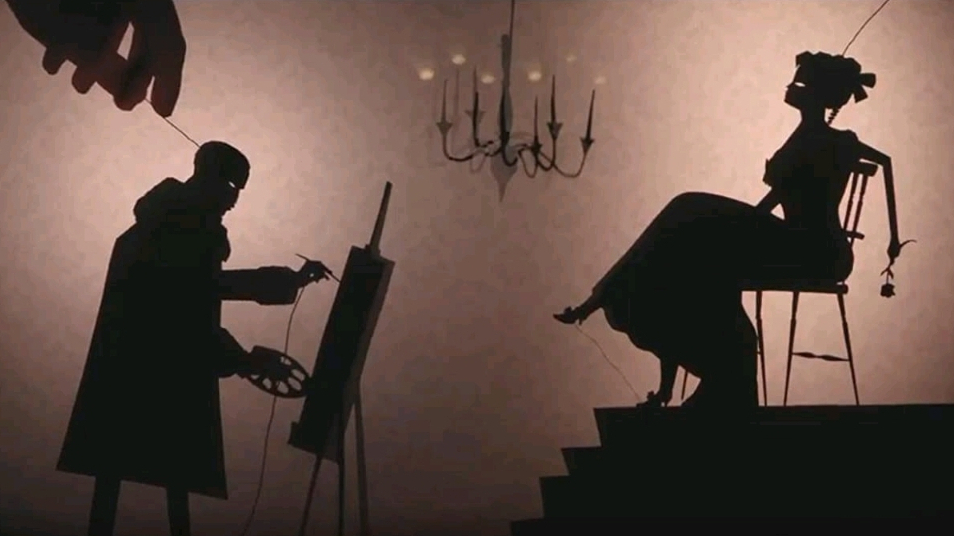 Dare to say his name in the mirror five times. What you’ll get is the much anticipated sequel to 1992’s cult classic, Candyman. Director and co-writer Nia DaCosta’s take on the legend picks up three decades later in the gentrified area around the Cabrini-Green housing project from the original. While the first film follows an unforgiving spirit (played by Tony Todd) who kills anyone who summons him, DaCosta builds upon this lore by adding further social and political context: the Candyman is now more of an encapsulation of the many innocent Black lives taken over time in the Chicago projects, both literally and metaphorically. These lost souls are back to gain vengeance on those who may not seem guilty on the surface, but must pay for their deeper exploits against the community – linking to a much larger societal issue.

Yahya Abdul-Mateen II plays rising artist, Anthony McCoy, who lives in a luxury condo with successful art curator Brianna Cartwright (WandaVision’s Teyonah Parris). Life is good until Brianna’s brother Troy (Nathan Stewart-Jarrett) comes over for dinner and tells them about the cursed past of their current residence and the urban legend of the Candyman. This peaks Anthony’s interest and down the rabbit hole he goes. A nod to original character Helen Lyle’s thesis, and one unfortunate bee sting, sets off what’s to come.

DaCosta uses shadow puppets as an excellent visual device to dive into the mythos of Candyman. Through these dark and twisted silhouettes, DaCosta brings in a fantasy-like element while also depicting very palpable traumatic events such as racial violence. The intricate use of these puppets is completely absorbing yet haunting, for the bloodshed shown in these segments is arguably more graphic than what’s actually seen with real humans. Just one of the many tools DaCosta purposefully utilizes to further solidify this sequel’s visual language and, ultimately, its purpose for a modern retelling.

Along the way Anthony meets William (Colman Domingo), who lives in the neighborhood and owns a nearby laundromat. William is living with guilt over his actions as a child; he unwittingly caused a murder of a man who had done nothing wrong. The horror stays too close to home as William chases around ghosts and whispers to somehow repent for his past. Anthony finds solace in him as the only other person who believes in Candyman. The lines of good and evil, what’s real and not, quickly become blurred.

Keeping up with the namesake, Candyman is all but an old wives tale. Not unless Anthony has anything to say about it. He brings the legend to the forefront of his art, giving new audiences an in to the game. The traditional scares are noticeably light, though make for some skin-crawling camerawork. Cinematographer John Guleserian weaves a lot of distinct cues to draw you closer and closer as reality fades away. Your eye seeks every mirror, windowpane, and glass door for even the slightest glimpse. There’s a notable scene in a bathroom where a compact mirror falls, and you’ll find yourself waiting to see just about anything in it’s small frame. Additionally, Robert A. A. Lowe’s unsettling score sets the tone of what lies in the shadows. On all fronts, this sequel’s storytelling prowess is undeniably stronger than its predecessor.

Each character grapples with trauma in more ways than one. For Brianna, she buries her wounds real deep and tries to forge forward no matter the cost. Anthony is a mirror of her late father who was also an artist. Anthony, Brianna, and William are aware of what’s at play, yet choose to not face it head on. As such, various themes are brought up and only so few are touched upon again thanks to a very tight hour and thirty minute runtime. Horror films usually thrive within shorter lengths, although the time constraints here, for whatever reason, leave the third act feeling rushed. There’s so much focus on Anthony’s gradual descent that when we finally get there, it’s gone in a flash. It’s a viewing experience that leaves you walking out with more questions than answers, sometimes in more frustrating ways. Candyman has so much greatness going on for it that more time spent with its topical ideas would have been the least of problems.

“Say his name” goes beyond the play on words and the film’s marketing. The phrase that’s risen among the ongoing wave of Black injustices is the thread that connects the past and present through its parallel mirrors. Candyman‘s writers Jordan Peele, Win Rosenfeld, and DaCosta bring a swarm of heavy themes that are powerful enough on their own to stay with you long after the credits roll – race, community, art, police brutality, gentrification, and more. They hold equal weight with the films terrors, even if the narrative may have bitten off more than it can chew with the little time it has to digest.

Abdul-Mateen ll, Parris, and Domingo’s performances are nonetheless unforgettable. Candyman is a follow-up that builds on the first with brilliant nuance, more of a reinvention than the other legacy sequels Hollywood has recently seen. It can be a lot to take in, but its pure boldness makes up for the little that might not be fulfilled by the end. DaCosta already established herself as a formidable force with 2018’s Little Woods, and her work here continues this strong trajectory. It’s clear that she’s barely just getting started as a storyteller. In today’s moviegoing landscape, there couldn’t be more room for a cinematic eye as catching as hers.