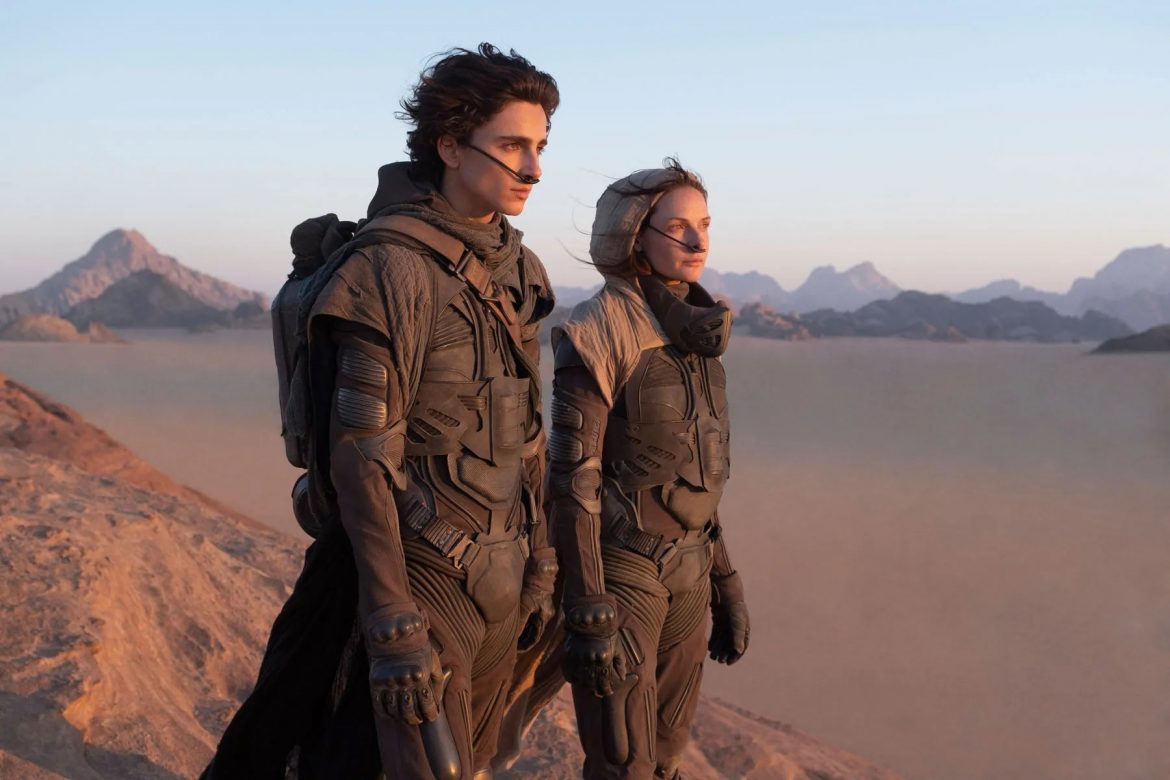 Dune is a story that comes with quite the legacy. The book of the same name was adapted by David Lynch in 1984, but did not quite become the mass hit that many initially anticipated. Fast forward to almost four decades and it is time for master of modern sci-fi cinema, Denis Villeneuve, to take his shot at crafting this fictional universe and the mystical characters within them, a shot which mostly matches the hype the film has conjured in the unfortunately long run-up to its release. With a tone and narrative that feels like a melting pot of some of the most beloved franchises in popular culture, it is not far-fetched to think that Dune could become the next big thing.

If you know anything about this particular film, it is that it’s graced with an ensemble to end all ensembles, consisting of some of the biggest stars working today. Many of these brilliant actors unfortunately have very limited screen time, but make the most with what they are given. Timothée Chalamet’s Paul Atreides and his parents Lady Jessica and Duke Leto Atreides are the foundation of the narrative, providing a surprising amount of emotional pathos. Their multitude of heartfelt moments together aids the establishment of each individual character’s psyche. One of the strongest subplots concerns the complexity of family dynamics through the notion of the weight of legacies parents pass to their children and the fulfillment of prophecies. Every character with a considerable speaking role is memorable and brings something to the table. The brotherly chemistry between Chalamet and Jason Momoa is an endearing dynamic that was not priorly anticipated.

It is beyond clear that Villeneuve was in his element throughout the production of Dune. Great attention to detail is evident in his overall direction. He maintains his unique stylistic tone that can be seen in critically acclaimed films such as Arrival and Blade Runner 2049. The viewing experience is made engaging through its rich imagery and Hans Zimmer’s prominent score which accompanies it. The action-packed flick does an outstanding job with its world-building. Often in sci-fi entries of this caliber, the world can get lost in a mess of frilly planet names that flee your mind the second the word stops ringing in your ear, and that can become very frustrating. Villeneuve focuses on streamlining the story and in doing so, it is surprisingly very accessible to audiences with no knowledge of the book or previous adaptations.

This cinematic extravaganza is not without some concerns, however. Themes of colonialism and industrialization are key to this tale, one which shares indisputable parallels to Western control of the Middle East and its valuable assets, namely oil. Dune does not shy away from heavily relying on these elements, which is an issue that derives from the source material. Fremen are the natives of the planet Arrakis, including the character Chani, played by Zendaya. Their language is a fusion of Arabic and a fictional dialect and additionally, the desert environment in the film is shot on location in Jordan and the United Arab Emirates. In fact, at the core of Paul’s arc is this idea of him possibly being the “Lisan Al-Gaib” which translates from Arabic to be a “hidden prophet”.

As someone of Arab descent, when it comes down to it, there is no issue with drawing from Arab and Islamic culture, but rather the use of it without involvement from our own people. Fabricating a group of people who speak our language, wear clothes that draw from our dominant religion, and quite literally make their native land our Arabian deserts creates a responsibility to cast actors of Middle Eastern descent. Not to say that the ensemble cast as the Fremen do not give a good performance, but actors from our background struggle enough to get jobs that incorporate us into contemporary stories, making it all the more disappointing that Arabs cannot even be cast to play characters who are based on their own livelihood and culture.

Ultimately, with a film of this scale, there is an intention to entertain the audience but not overwhelm them by cramming a universe that is too expansive to cover into an already longer than average feature, in which Dune is victorious. That being said, as a viewer you are left hungry for more. The closing scenes of the film leave the plot exceptionally open-ended, which does feel slightly underwhelming as it undermines several hours you spent waiting to see what will transpire when the events of Paul’s greater journey are set into motion. This is a film that will be entirely incomplete if the entire story ends where it does. Villeneuve is relying on a sequel or perhaps even a trilogy to be green-lit in order to complete the legend he has set out to tell. It seems as though we’re only just getting started within the world of Dune.

Dune premiered at the 2021 Venice Film Festival. The film releases in theaters and on HBO Max October 22!