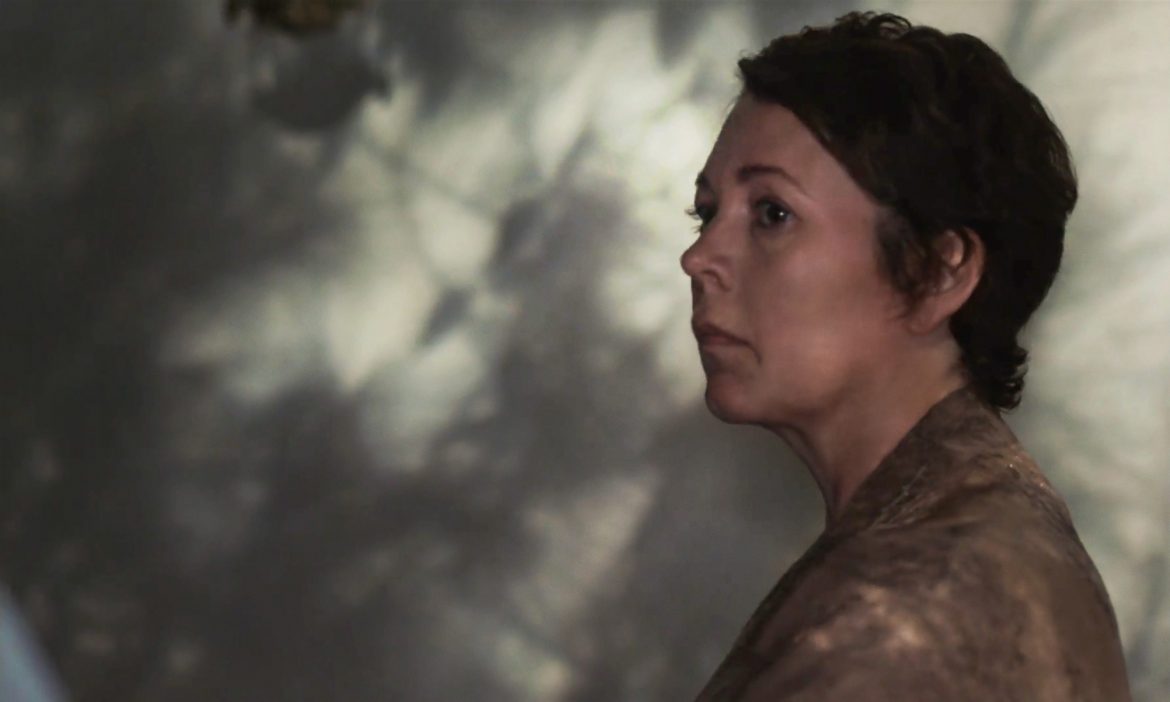 Every now and then, we see a widely celebrated performer make the move from acting to directing. The latest edition to this club is Maggie Gyllenhaal with her debut feature The Lost Daughter, based on the Elena Ferrante novel of the same name. With a star-studded cast featuring the likes of Olivia Colman, Jessie Buckley, and Dakota Johnson, this family orientated drama quickly landed on everyone’s radar going into the 2021 festival circuit, and the final result shows just about why.

The story follows Leda (Colman), a professor in her forties who takes a solo summer vacation to a small island in Greece. Upon forming a daily routine, consisting of multiple hours reading on a beach, Leda begins to become familiar with the locals and holidaymakers, leading to her distinct observations of young mother, Nina (Johnson). After a series of tense events, an excursion of past memories causes Leda to make some even more questionable decisions.

As a protagonist, there is a strong sense of duality within Leda, as Colman plays her in the present while Buckley plays her in a series of flashbacks to her days as a young mother with two daughters. Gyllenhaal’s film grapples with the sentiment of being stuck in the past and battling a guilty conscious in the present as a turbulent result. The narrative quickly pivots from a story that seems ordinary into an evocative drama.

From the title alone, it is rather obvious that motherhood would be a central theme, but this is explored not quite in the maternal way that is expected. The Lost Daughter is brutally honest about the crippling responsibility that spawns from having children. In the modern day, there is commonly a generalization that all women are born to be mothers, this derives from notions of traditional gender roles. In an unsettling yet refreshing way, Gyllenhaal’s narrative framing allows the audience to distance themselves from that concept and ponder if there are women who regret their shift into motherhood.

To some regret, the first act of the film is drawn out exposition with no real insight as to where the plot could be headed. However, when it does find its rhythm, it is almost addictive in a way. The more that is revealed about Leda, the more complex she becomes and the more interest there is in exploring her past. The flashback sequences are indisputably the most compelling aspect of the film, both visually and thematically. Many scenes set in the present can feel washed out at times when the past is warm and welcoming. Even if this is intentional, it leaves much to be desired.

Jessie Buckley absolutely steals the show with her meticulous performance and it is no surprise that Olivia Colman is as compelling as always. Asking two very different performers to play a singular character is a task that rarely sees smooth sailing, yet Buckley and Colman manage to create a seamlessly cohesive persona. Unfortunately, Dakota Johnson’s Nina is dishearteningly underwritten. In comparison with the robust character that is Leda, Nina feels like a rather two-dimensional afterthought. Nonetheless, Johnson does her best with what she is given and manages to deliver an emotionally charged climax when all is finally revealed. Off the back of his success with Normal People, Paul Mescal also grapples with a fairly bland role.

Through it all, The Lost Daughter is a taste of Maggie Gyllenhaal’s passion as a filmmaker and is a solid starting point for her very first feature. While the story is fascinating and provides commentary on topics often too taboo to be explored through such a powerhouse cast, some aspects of the film fall flat as far as writing goes. This drama will prove to be somewhat divisive, though it is more than worth a watch to form your own opinion and for Jessie Buckley and Olivia Colman’s performances alone.

The Lost Daughter premiered at the 2021 Venice Film Festival. The film releases on Netflix December 31!