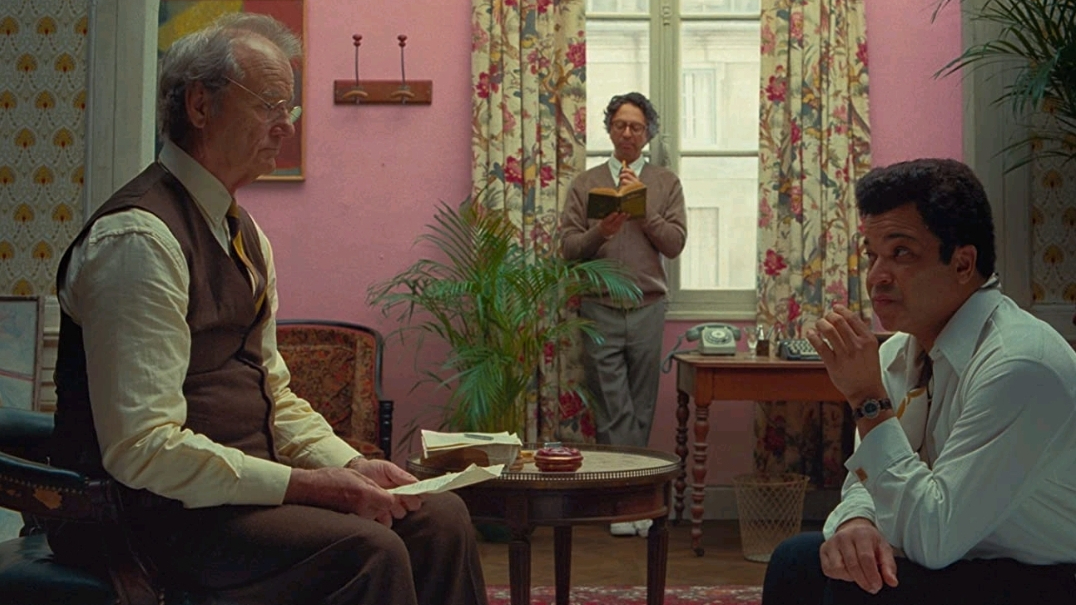 Ask a number of people their favorite Wes Anderson trope and you’ll get a myriad of replies: his heightened dialogue and oddball characters; the uncanny, sweeping symmetry; his straight-faced comedy; the way he directs animation. The French Dispatch, easily the Wessiest of all Andersons, has everything above (and more) in an all-you-can-eat buffet of imagination and style. It’s an all-encompassing, vibrant display of skill and practice. However, it somehow leaves you wanting more.

The French Dispatch of the Liberty, Kansas Evening Sun is the Texas-born director’s tenth feature film, combining just about all of his signature quirks into a series of relatively standalone vignettes, connected by a framing device that is as clever as it is on the nose. Playing to its title, The French Dispatch unfolds as an insight into the titular newspaper’s final days before closure, and its contained sections act like featured stories within its pages.

For a filmmaker whose reputation has been built upon his unique approach to simplistic storytelling, The French Dispatch feels like a natural extension. In each of the film’s “chapters,” Anderson leans into a slightly different style of his visual presentation. In many ways, this comes across as a gimmick; so many outlandishly unconventional decisions in such rapid succession leave the stories often feeling hollow and undercooked – or, for those less keen on his jouncy visuals and writing, outright irritating. Anderson switches from black and white to color on a dime, vaguely motivated by a shifted narrative perspective that could easily go missed among the sometimes inaccessibly stilted dialogue. It’s not necessarily an issue but leaves you questioning whether you’ve missed a clear part of the story in order to interpret some deeper meaning.

It wouldn’t be too much of a stretch to say that this kind of “did I miss something?” question pervades the entire film. With the runtime spread between its many chapters, not one narrative feels quite fully developed, leaving their larger thematic threads dangling and frayed, never quite aligning with one another. And with characters’ screen times comparable only to short films, it can be hard to empathize with Anderson’s assortment of eclectic writers when they are presented merely as vessels for their own work. While the constant innovation of story and presentation can be entertaining enough, the lack of clear throughlines and consistent, meaningful characterization makes for an overall film that comes up short of satisfying.

Conveyed through narration by different journalists at The French Dispatch, each tale is justified in-universe to differ in style and format. They all take vastly different directions but brush up against similar near-commentary on real-world motifs. Together, The French Dispatch takes aim at the prison-industrial system, the money-driven nature of art, youth and folly, fascism, as well as… the meaning of life? It’s the kinds of topics that Anderson has clearly always had on his mind, whether expressed through his previous works or simply as a creator in the art world, although The French Dispatch doesn’t remedy all – or even most – of its philosophical queries. Even when it can’t quite take a solid stance on its many topical subjects, The French Dispatch acts more like a loose homage to journalism and pen-to-page authorship in every way – a diverse, tiring, and messily contradictory platform of entertainment, activism, and self-expression.

While the film’s indulgence in a hand-drawn, animated car chase deserves a cheer, the most affecting moments of The French Dispatch are those where it feels like Anderson stops trying – where the emotion is translated naturally and the wit subsides. This can be seen in fleeting moments during the sort-of love story between Benicio Del Toro as an imprisoned artist and Léa Seydoux as a guard, but it is most clear and impactful in the film’s closing tale, narrated by (the God of voiceover) Jeffery Wright, the Dispatch’s food columnist. Wright’s voice alone is enough to make this vignette the most embracing of the entire film, though its scenario of a chef at the center of a kidnapping makes for deeply touching commentary on life and yearning.

Years ago, there was a rumor that The French Dispatch would be a musical. Some lamented an obnoxiously Wes Anderson spin on Newsies, yet we’ll never know what happened to that idea. Maybe it was a concept thrown around for one of the sections or the film we see now was entirely different from its original vision, or perhaps it was all just a rumor? Either way, it’s odd to imagine a world where The French Dispatch is anything but a kaleidoscopic barrage of Wes Anderson cliches in vignette form. Maybe a singing Owen Wilson would have made Timotheé Chalamet and Frances McDormand’s relationship plot a little less questionable. Regardless, it’s a reality just beyond our reach, a tantalizingly forbidden alternative to that which we received. What’s done is done, and The French Dispatch is fine.

The French Dispatch is now in theaters