Chloé Zhao on How She Originally Pitched ‘Eternals’ to Marvel Studios 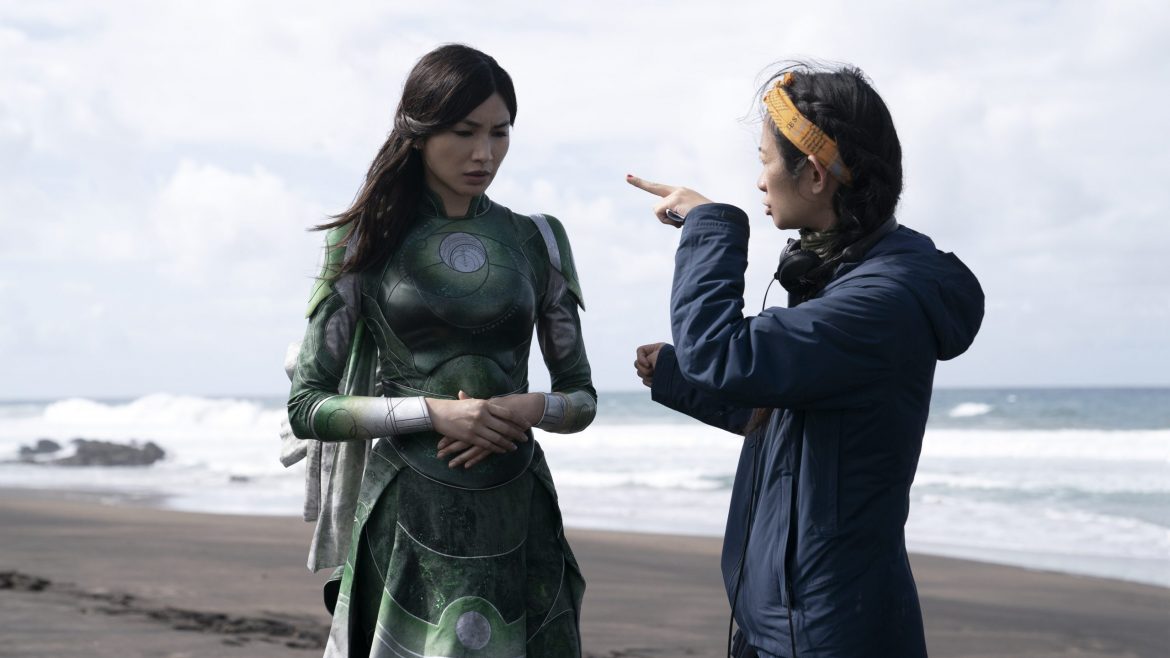 Oscar-winning director Chloé Zhao elevates the Marvel Cinematic Universe to new heights with Eternals. The former indie darling transitions into a fully-fledged, multi-million blockbuster leader, and the results are just as vibrant and personal as one could expect from her cinematic touch. Eternals has already been praised for many reasons, from its diversity to its epic scale. Among other things, the film deserves recognition for telling a tale of cosmic proportions with the purest humanity at its center.

Eternals very much lives up to its name. Based on the comic of the same name by legend Jack Kirby, Zhao’s film follows a race of superpowered beings sent to Earth by the almighty space creators known as the Celestials to fend off parasitic, life-absorbing beasts classified as Deviants. The cosmic seeds that were first planted in 2014’s Guardians of the Galaxy are now seeing total fruition. Eager fans who’ve been following along all this time finally get to see the Celestials up close and personal and learn more of the MCU’s galactic roots.

Telling such a story is no easy task, and Marvel Studios President Kevin Feige and his trusted team of producers could have easily gone with a more obvious choice to helm this massive project. But collaborating with rising, eccentric voices has proven to be their ideal strategy as of late. It’s brought them great success most recently with Destin Daniel Cretton and Shang-Chi and the Legend of the Ten Rings. When Marvel first announced Zhao’s hiring, she was fresh off the praise from her second feature, 2017’s The Rider. Fast forward to now and she’s a two-time Oscar winner, the second only woman and first of color to win for Best Directing notably.

During the official global press conference for Marvel’s Eternals, Zhao gave us an inside glimpse into how she secured this dream job in the first place. For a film packed with such abstract characters and ideas, an abstract yet bold pitch was absolutely necessary…

Chloé Zhao: “Well, it started with me showing [Kevin] a macro photo of sand and then quoting a poem from William Blake (laugh) I still was allowed to stay in the room, so it was really nice. But in that poem, Blake was trying to convey that you can see the endless beauty and the meanings of the cosmos within the smallest things you can find on earth.

So, you know, the vision of the film was to set up and capture that scale – something as large as the creation of the sun and as intimate as whispers of lovers. I think going on location and doing this kind of immersive shoot and having the supportive understanding of this amazing cast was kind of how we got here today.”

Going further, Zhao clarified just how many of the film’s creative liberties originated with her, specifically with the highly-praised diverse cast. To much surprise, major decisions in the script like gender-swapping pivotal characters were already set in stone by Marvel. The studio had been overdue for delivering some of its promises on diversity and representation, so this makes more sense after the fact. Zhao explains it in her own words…

Chloé Zhao: “Yeah, it’s pretty foreign for me. When I came on to the process at the beginning, I read a treatment that I believe Kevin made and the team at Marvel Studios put together. And those decisions were made.  It’s probably one of the reasons that really drew me to it. I thought it wasn’t just, you know, ‘Oh, let’s swap a bunch of characters.’ It was very specifically chosen, like the leader of the team [Ajak] to be a mother figure. Each of the decisions were made on purpose.”

Even though he wasn’t present, Feige himself made sure to also credit producer Nate Moore on these decisions. Having been with Marvel studios for years, working on projects like Black Panther and The Falcon and the Winter Soldier, “Nate was advocating for this project” Feige said. “You can’t do the history of humanity without the heroes looking like a cross-section of humanity.”

Chloé Zhao powers Eternals with her undisputed eye for cinema, and “to no surprise, she takes the superhero genre to bold territory.” Its many milestones should be celebrated, but her distinct voice being present through and through is also something that should not be taken for granted, especially in today’s filmmaking landscape. There’s no telling where the MCU could go if they keep her in the family.