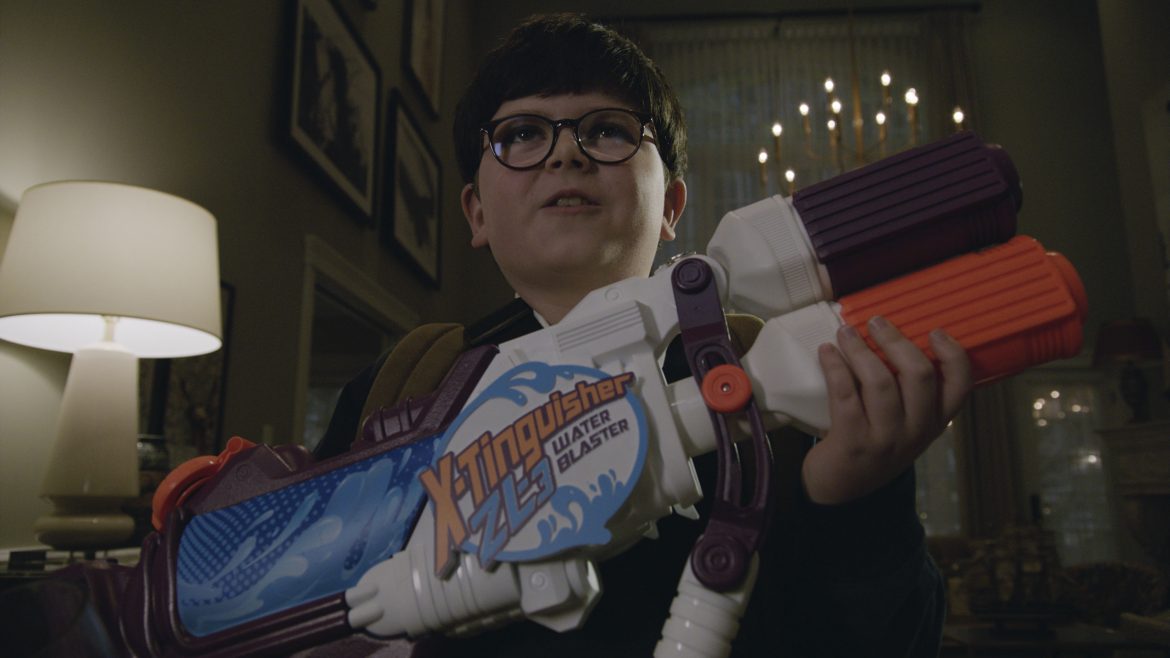 For over thirty years, Home Alone and its sequel Home Alone 2: Lost in New York have served as staples of the holiday season, cementing themselves as undisputed classics in the process. There have been many attempts to build upon their greatness ever since, with three other sequels having been released. Sadly, these continuations have failed to recapture that same wonder, feeling like nothing more than empty cash grabs. Too much surprise, Home Sweet Alone, the sixth entry in the franchise, is a great return to form for the series. This latest Disney+ original does what those before couldn’t, successfully bringing back the magic of the 1990s classics in a way that will surely please families looking for a new holiday movie fix.

Rather than simply copy and paste the plot of the original, Home Sweet Home Alone chooses to instead take the well-known premise and add its own unique spin, allowing the film to feel new and exciting rather than boring and lazy. The biggest narrative shift is seen with the “burglars,” portrayed by Ellie Kemper and Rob Delaney. Unlike the evil thieves of the previous five films, Kemper and Delaney’s characters are simply a married couple trying to get back something taken from them, meaning there isn’t much of a true villain to this story. This twist is integral to making this latest attempt even worth a watch, far from the previous sequels, which have tried much too hard to replicate the original beat for beat.

Home Sweet Home Alone manages to be charming and extremely funny thanks to a great cast. Kemper and Delaney are hilarious as the bumbling lead couple Pam and Jeff. Aisling Bea brings the role of concerned mother Carol to life superbly, with some nice homages to Catherine O’Hara. Getting to see Devin Ratray back as Buzz McCallister from the original two films is an additional delight, with his cameo being one of the highlights of this film – if only Macaulay Culkin could’ve joined him.

The entire cast is on top of their game, but special praise must be given to young lead Archie Yates as Max Mercer. Yates is a fine successor to Culkin’s Kevin, bringing a special personality and humor to the character that no other child actor could have. He perfectly brings to life Max’s twisted, incredibly thoughtful mind, and truly makes for most of the film’s best moments. If Home Sweet Home Alone, as well as his previous work on Jojo Rabbit, is any indication, Archie Yates has a big career ahead of him, and it will be one that many should be keen to follow.

In any Home Alone entry, the viewing experience can either rise or fall based on the traps that take up the final act, and luckily, Home Sweet Home Alone does not disappoint. Max’s intricate maze of tricks and deceits feels both fresh and inventive while also including many homages to Kevin’s reign of terror from the original film. Kemper and Delaney, as well as their amazing stunt team, bring a great physicality to their roles that will definitely delight anyone watching this couple get absolutely pummeled by this child.

With all good Christmas or holiday movies, one can expect an important lesson to be learned, and Home Sweet Home Alone’s is all about family. The message, even if somewhat standard for this franchise, is still told well and hits the target for modern young audiences streaming the film at home. The goal of any of these movies is to be a good time for the family during the holiday season, and this film certainly succeeds in that aspect. There’s fun to be had for anyone, whether it be a mother or father who grew up with the originals or a small child who is getting their first exposure to the series.

Home Sweet Home Alone pulls a rare feat in not just recapturing the magic of the classics but redefining it. It uses its modern lens to the fullest, surpassing the many sequels that have come before and standing alongside the first two films as the best in the series. With a surprising story, an incredible lead actor surrounded by a great supporting cast, and a final act full of excitement and destruction, Home Sweet Home Alone is bound to bring a whole bunch of cheer to many homes this holiday season, potentially joining the originals as a staple of future Christmas movie marathons for years to come.