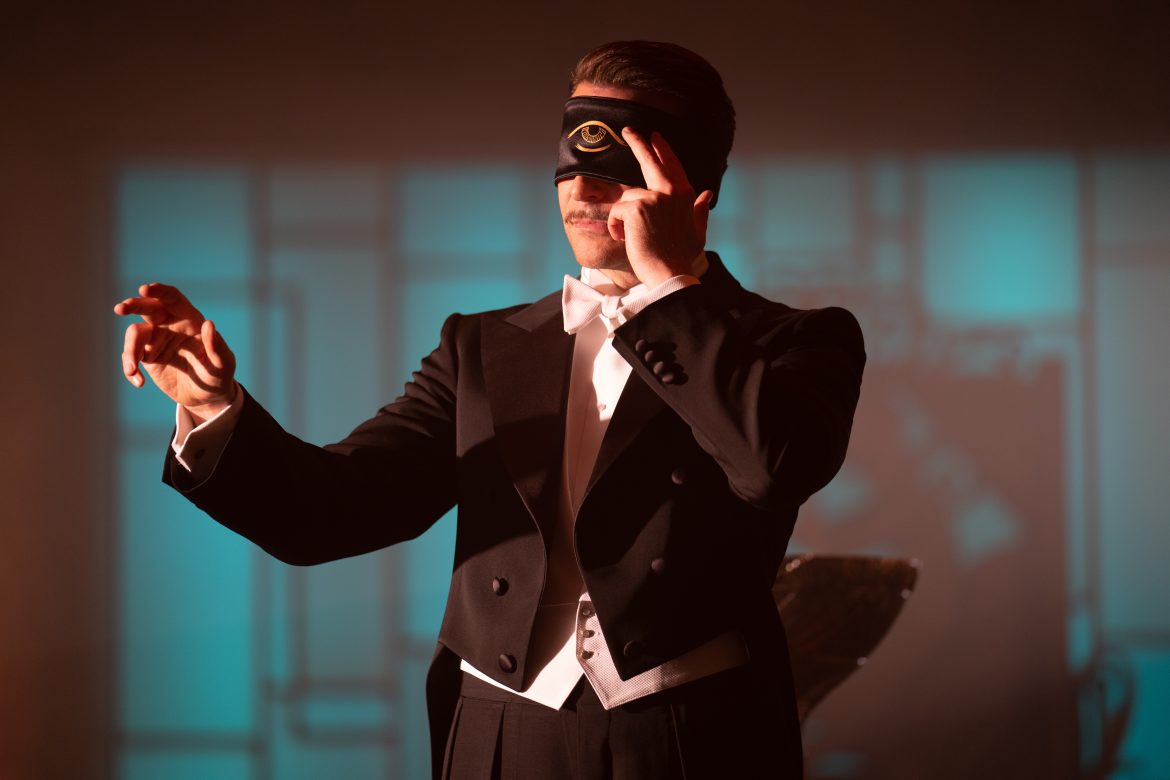 Nightmare Alley breaks new ground for Guillermo Del Toro, a feat that he effortlessly pulls off now over 10 films into his extensive career. The film may not be a direct fantasy, with not a single ounce of literal magic to be found, and yet, cunning beasts of all kinds roam free, doing their best to survive in a world its every grifter for themselves. After all, Del Toro fans will recognize that the true monsters in his tales are usually the ones that are the most human – worsened by both their physical and emotional scars. Nightmare Alley boasts many of Del Toro’s key thematic and visual traits, but in a genre that he’s never played in before: film noir. When he experiments in this new territory, making it feel undeniably his own through an unforeseen stylistic approach, the end results are utterly fascinating.

The rise and fall of Stanton Carlisle, Nightmare Alley tells a story of endless desire and wanting to be seen – the unspoken dangers that come from craving a spotlight. Filled with love and deceit like any essential noir, Del Toro relishes its genre conventions to the fullest and makes it abundantly clear that this adaptation has been brewing in his mind for years (quite literally since actor Ron Perlman first introduced him to the original novel on the set of his feature debut Cronos in 1992). Now three decades later, Del Toro’s taken all that he’s learned to produce a piece that honors the source material while still leaving room for some of his most wicked machinations yet. Much of this must also be credited to co-writer Kim Morgan.

Del Toro has done his best to surround himself with various co-writers over his last slew of projects, all playing to their unique strengths to do their respective stories justice. From developing The Strain book trilogy with crime novelist Chuck Hogan to more recently co-writing The Shape of Water with fantasy and romance writer Vanessa Taylor, Del Toro and his collaborators always strike gold by knowing exactly where to look, and the same goes here with screenwriter and film historian Kim Morgan. The duo takes a fairly straightforward approach in adapting William Lindsay Gresham’s 1946 novel, with only some slight deviations that fall in line with Del Toro’s repertoire, particularly with subverting gender tropes and adding extra shades of mysticism. Otherwise, Nightmare Alley plays like a classic noir through and through, possibly the most traditional take audiences have seen in years.

Del Toro and Morgan’s script imbues the film with a vibrant Old Hollywood aura, one that is amped up by an ensemble that is more than game to flaunt this style. At the center of it all is Bradley Cooper in what can only be described as one of the most refined performances of his entire career. His take on Stanton Carlisle – a nobody that swindles his way up the rankings of a freak show carnival, soon becoming one of the most sought out mentalist acts in America – is full of nuance and vigor. He embodies the hustler persona seamlessly, saying more with his facial expressions and body language than words ever could. It’s a performance that proves to be far more layered as the story progresses, even fooling the viewer hook, line, and sinker as he perfects his grift as an ace mentalist. For a movie devoid of literal magic, Cooper makes it feel totally present with his tricks and deception.

Rooney Mara and Cate Blanchett own the screen just as much, operating like two polar forces on Carlisle’s moral compass as wife and mistress respectively. Both are illusionists of sorts in their own right, one a former sideshow freak and the other a high-end psychiatrist, however, only one can take hold and pull their shared lover’s strings. Mara’s execution is filled with pathos while Blanchett’s is more unrelenting but still oh so alluring. Much like the rest of the cast, the two are certainly capable of fitting into their archetypal roles, the damsel and femme fatale in this case, though this interpretation of Nightmare Alley offers them more agency to take their characters further, avoiding the stereotypes of this genre’s past. This all plays into Del Toro’s greater vision, wherein Cooper’s lead traverses the narrative like an “hombre fatale” so to speak, full of mystery and self-destructive heartbreak.

To no surprise, such profound ideas are visualized with great delicacy, nothing short of what fans have come to expect from the master. The fourth collaboration between Del Toro and cinematographer Dan Laustsen, Nightmare Alley radiates with their instantly recognizable color palette – turquoise sheens, golden hues, and selective reds glowing with passion, only to name a few. Be as familiar as it may, more than enough work is clearly put in to give the film its own definitive visual language. An invigorating process to see unfold, one can evidently see Del Toro stepping out of his comfort zone on certain occasions to capture the essence of this noir. Camera flow works in conjunction with character’s mystique, showing what only needs to be seen thus elevating their control over scenes. These deliberate choices extend into the film’s editing and sound design, which bolster its overall tantalizing, often hazy atmosphere.

The one double-edged sword of Nightmare Alley comes with its lengthy runtime. Clocking in at exactly two and a half hours with credits, it’s the longest film Del Toro has produced so far. That being said, the pace at which it is able to whisk the viewer away and never look back is astounding. Long runtimes have been the subject of plenty of online debates as of recent, and many heavy hitters this year also play for well over two hours. Nightmare Alley by no means feels as long as it really is, hugely thanks to the fact that one is thrown into a world that feels fully texturized and, more importantly, lived-in. One could spend all day on these tactile sets with this vibrant cast of freaks and swindlers. But for as long as it is, some beats come and go rather quickly, simply due to the fact that there’s that much story left to tell and Del Toro is obviously trying to play in some areas more than others.

The pacing and story structure, a time jump divides the film right in the middle, will perhaps not be as smooth as a ride for everyone. This rhythm also leaves one wanting a bit more from a few names in the supporting cast. Everyone does serve their narrative purpose and then find the time to add their own spark – Willem Dafoe, Toni Collette, and David Strathairn among others – though only some are treated to a lasting final impression. But make no mistake, despite the fact that Nightmare Alley can be seen in two parts, with the second being the more plot-heavy, not a single moment is wasted in Del Toro’s interpretation. Rarely do films at this mighty of a length manage to present audiences with an entirely realized world from beginning to end, where each small moment carries over into the next.

Guillermo Del Toro pours as much of his heart and soul into Nightmare Alley as any of his past masterworks, although here fans get to explore different corners of his persona. His love of noir was always there, he’s just never expressed it on this grand of a level. When someone as prolific as Del Toro can still show new, even unorthodox sides to his craft this deep into his career, well, that’s all anyone can really ask for. And when it’s pulled off with such elegance and precision, a film like this will find no trouble lingering in people’s minds for years to come. Especially after its closing moments, which easily features the most bone-chilling line delivery of 2021 – thanks to one Bradley Cooper at the top of his form. A classic reimagining through Del Toro’s wicked lens, Nightmare Alley is one for the ages.