Why there are no Subtitles in ‘West Side Story’ 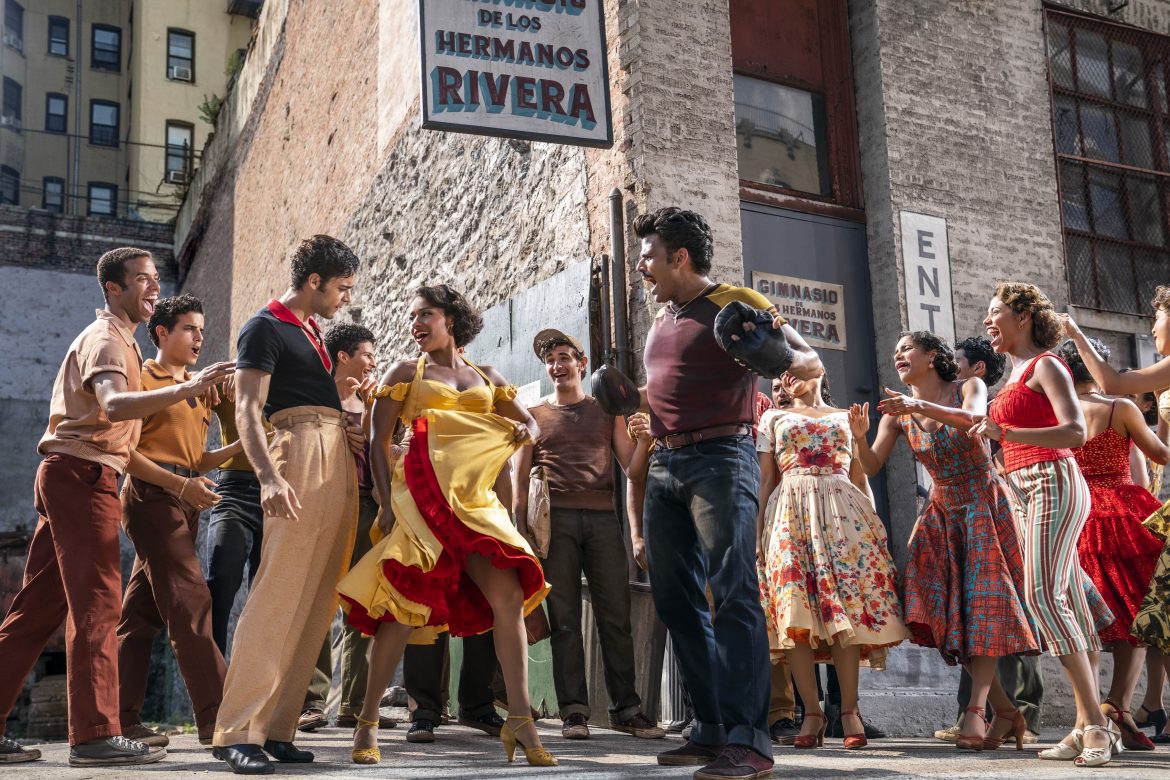 To ensure this adaptation confronts the source material in the most earnest way possible, Spielberg and screenwriter Tony Kushner wanted to bring a more authentic voice of its characters to the screen. For Kushner, a Pulitzer-winning writer and old Spielberg collaborator, this meant nailing the switch between Spanish and English for the film’s Puerto Rican protagonists.

“Steven and I talked about that almost immediately when we began working on the script – that it needed to be addressed,” Kushner said at the official West Side Story international press conference. With such a heated narrative that emphasizes the conflicts stemming from racism and discrimination, Kushner knew that there were places and topics “where it would be natural for somebody who was born speaking Spanish to go into Spanish and not say it in English.”

This was a big piece of characterizing a number of the film’s main players, from David Alvarez’s Bernardo and Ariana DeBose’s Anita. “The whole story starts where Lieutenant Schrank, clearly a white racist, says to anybody speaking Spanish, he says, in English,” explained the writer. “Now suddenly, Anita is saying, now wanting to be an American in America, ‘Speak in English.’” It’s another level of complex character action – the question of assimilation, forced or willing – that muddies the water of this depiction of the immigrant experience.

In what is sure to be a controversial decision, none of the film’s Spanish-spoken scenes are subtitled for English audiences. “It was out of respect that we didn’t subtitle any of the Spanish,” said Kushner. “That language had to exist in equal proportions alongside the English with no help.” Executive producer Rita Moreno, who also plays Valentina, this film’s version of the pharmacy-owning Doc, chimed in to add that she didn’t think subtitles were very necessary to understand the happenings of West Side Story, and the absence thereof even promoted audience engagement in the film. “It leaves it in the laps of the audiences, or in the minds of the audiences to decide that they’re going to be more attentive because you can pretty much tell what they’re saying. You really can,” she said. ”Because it starts in English anyway.”

West Side Story is about two very different groups of people with a star-crossed romance attempting to bridge the gap between them. In some ways, this film uses language to further that divide and create a kind of transcendent experience that highlights language in our own reality. “I also want the audiences, you know, Spanish-speaking audiences, English-speaking audiences to sit in the theater together so the English-speaking audiences will suddenly hear laughter coming from pockets of the theater from the Spanish-speaking audience,” said director Steven Spielberg. Different groups of people will have different experiences of the film, but a holistic interpretation of the narrative is still attainable with some attentive watching and listening. “One will want to see this movie a second time,” said Moreno.

West Side Story is an interesting practice in depicting two distinct types of people in a side-by-side cinematic context. By leveraging the Spanish language as a key element of the West Side neighborhood, it creates a more lived-in, immersive world for such a heightened tale. Kushner felt that this was important in creating a timely and relevant adaptation; “we’re a bilingual country and this feels like a movie for a country that is bilingual.”

By sticking to the decision to never use subtitles in a film that is equally about another non-English culture, this version of West Side Story hits a timely, much-welcomed mark. “The film’s respect for the Spanish language and those who speak it is abundantly clear during these scenes, and it is a testament to its main cast that the film can afford to allow entire scenes to hinge upon non-captioned foreign language performances.”

Our ★★★★1/2 review: Steven Spielberg at his Best and Brightest