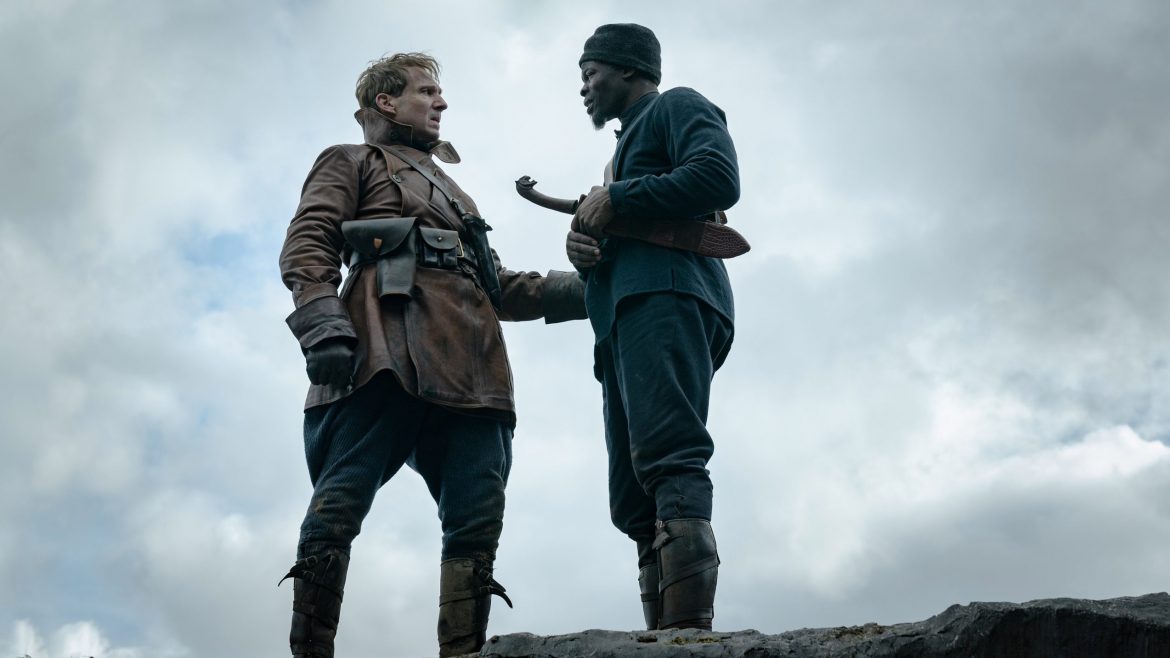 The third entry in Matthew Vaughn’s fan-favorite franchise, The King’s Man is a strange mix of his goofy comic book-influenced, hyperactive style and a hard-hitting, albeit archetypal war film. Being a prequel set in WWI, none of the cast or characters from either of the two preceding films are present. It rides off the back of Vaughn’s previous work, using its time period to explore a different, more personal angle on the Kingsman legacy.

The Duke of Oxford (Ralph Fiennes), after suffering a terrible tragedy, is set on living a noble life away from war. In honoring a promise made to his deceased wife, he is determined to keep his son Conrad (Harris Dickinson) away from the battlefields, denying his wishes to enlist even if they’re on the brink of global war. However, everything changes as a secret organization comprised of history’s worst tyrants and criminal masterminds is discovered. The Duke’s military instincts kick in as he realizes that he could make a difference and put a stop to their nefarious schemes. He sets forth on a mission to cripple the organization before they can further manipulate any more political figureheads.

Like any other historical film, The King’s Man runs into the same-old troubles when it comes to recreating certain events and casting actors as figures of note. The most fascinating characters here are those that are entirely original, like the Duke and his son, as they have a lot more leeway to breathe. At certain points, the slightly fictionalized historical figures become somewhat of a joke, making their scenes feel more laughable despite it seeming quite dramatic.

Stylistic shots galore, The King’s Man, despite a few differences, is most certainly a typical Matthew Vaughn film. This shouldn’t be a total surprise. Although, Vaughn isn’t working with his go-to cinematographer here, instead with MCU-favorite Ben Davis behind the camera. The dead-giveaway is not in the camera work but in the quality of light and utilization of CGI. Sadly, a lot of the more extravagant action scenes, even if excellently framed, are coated in a milky wash of slightly overexposed, visual effect patch-ups.

The use of CGI is, unfortunately, rather poor throughout most of the film; it comes across as tacky and stitched together. There is one extensively outrageous camera move, that occurs when one of the characters is at sea, that takes it a step too far. This specific moment is the perfect example of why simpler is often better, defying the laws of physics just to be elaborate doesn’t work here – it’s not sleek, it’s messy.

The King’s Man doesn’t know if it wants to be a war film or a Kingsman film. But it finds a nice balance when plunged into action, where Vaughn is always best and continues to be here. The war-side to the story is, actually, very involving and much more personal than a lot of the director’s past character creations. The King’s Man forces the spectator to become actively engaged in the emotional toll that the Duke and his son face, tragedy after tragedy. This is the film’s biggest success, as it strays away from the already trodden-upon cliches of its spy stories.

And yet, it takes a step back as, again, Vaughn introduces another secret organization of criminals. They can make for entertaining sparring partners, particularly the vulgar and extremely sexual Rasputin (brilliantly embodied by Rhys Ifans), but lack depth and are, simply, punching bags for the not-yet-established Kingsman agents to fight. It should be noted that The King’s Man is not a prequel that establishes the events of the first film, it’s more of a setup for the Kingsman agency and their legacy as a whole.

Ralph Fiennes brings his usual fiery panache as an upstanding, yet occasionally ruthless citizen of King George V’s England. A standout from the film’s expansive cast is Gemma Arterton, who plays an unsuspectingly badass housekeeper aptly named Polly. Harris Dickinson co-leads the film with Ralph Fiennes, his fictional father. Dickinson is great, undoubtedly, audiences will likely draw comparisons to George MacKay’s performance in 1917, they both give off a similarly devoted attitude.

Although The King’s Man is rife with cliches, long-established by war films and even Vaughn’s own style, it still manages to be somewhat surprising. Vaughn’s story is cleverly woven to dramatize the film’s many shocking reveals that leave one’s jaw wide-open when executed at their best. Additionally, it wouldn’t be a Kingsman film without some brutal cruelty, which in this case works given its setting as it emphasizes the heinous, violent, and disturbing nature of war.

Ultimately, The King’s Man is a worthy prequel that cleverly utilizes its war-set period to establish greater stakes and, naturally, increase spectator engagement. Vaughn’s work here is nearly as goofy and comic book-like as its preceding films. All of this makes for an enjoyably flawed romp.