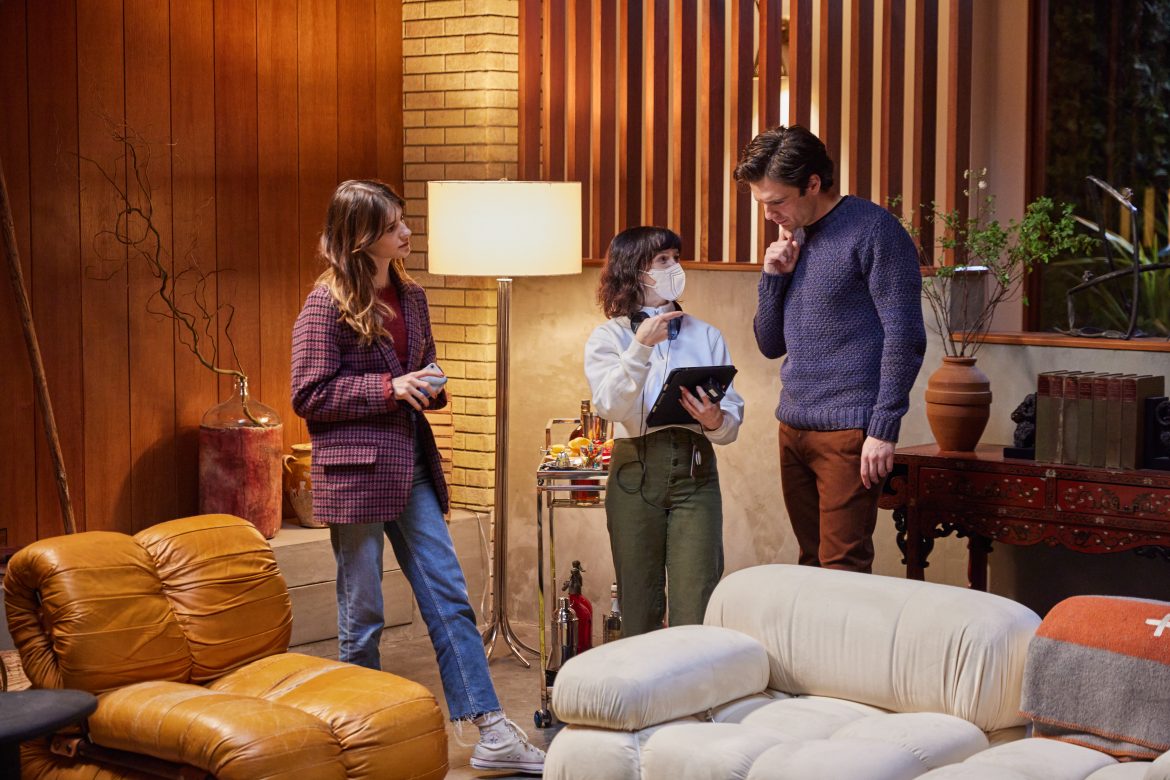 One of the breakout hits of Sundance 2022, Fresh has been the talk of the town ever since it hit a wide streaming release on Hulu. It’s no surprise, with killer leading performances from Daisy Edgar-Jones and Sebastian Stan, Fresh was always going stick out from today’s horror fanfare – not even counting its batshit insane premise. “However, it’s within director Mimi Cave’s inspired execution that Fresh finds a deeper purpose for all of its violence and disturbing depictions.” In telling a survival tale that features shitty hook-ups, cannibalism, and plenty of dancing… Mimi Cave is able to communicate very relevant themes of gender and abuse, more notably with the itemization of women’s bodies.

Though, as suggested, it’s not all so grim, for Fresh fully embraces its ridiculous nature to serve some effective dark humor as a side dish. Searchlight Pictures, Legendary, and Adam McKay’s own Hyperobject Industries all contribute valuable entrées to this full course meal, as expressed by Mimi Cave herself in our exclusive interview. Coming from a background in art, working as a dance choreographer and even directing music videos for artists like Vance Joy and Danny Brown, it’s clear that Cave was given free rein on her radical feature debut, going that far in order to get the point across but never at the expense of having some good old-fashioned bloody fun.

Fresh has got the true makings of “a modern cult classic,” and the loud response online from moviegoers definitely suggests so as well. In sitting down with director Mimi Cave, we were able to discuss how she found the perfect balance between the film’s gore and dark humor, especially when expressing such extreme scenarios to a female audience.

Mimi Cave: I love thriller films. I’m actually less of a horror buff, but I think that most recent films like Parasite and Get Out have so successfully built comedy into fear. And I think it’s a really cool, really hard line to toe. But, also, I’m a big Pedro Almodóvar fan and that’s someone who has been doing ridiculous things for years and has made incredible stories about characters who are really out there, and yet, you root for them and you’re invested in them. So he’s a director that I really admire.

I’ve got to ask you about the opening title sequence! That’s had so many people talking with it being very effective roughly 30 minutes into the film. It’s not something that many filmmakers would attempt, so how did that all come together?

Mimi Cave: Well, we knew we wanted it to come in later. So while we were shooting, we kept bringing up, “Oh, maybe it could be here, maybe it could be there!” Obviously, when you’re making a title sequence, you have to shoot footage for that title sequence. So we were always talking about it with the editor, the DP, and myself, and we decided in post to put it in that exact spot. And after all that questioning of, “Well, maybe it could be here?” it came down to a clear moment of when the movie turns. It feels like you’re watching a different type of movie [at that point].

I felt that putting the title sequence there allowed for a sort of moment to digest what was happening, what was about to happen, and take the audience in slowly because what [Sebastian and Daisy] are about to go do is insane. So I felt that I needed to give the audience a minute. It served a lot of different purposes and we got very lucky because I had great producers on this film and they really supported that decision.

Now, Fresh speaks on some very important subject matter, like the way women’s bodies often become itemized for starters. But at the same time, you do have some fun, as seen with Sebastian Stan dancing around with severed body parts and other ridiculous bits. How do you strike the right tonal balance between serious commentary and dark humor?

Mimi Cave: There was a lot of humor and a lot of gore in the script, so I knew that I needed to pull back on both of those things and really find a balance so that it didn’t feel overwhelming in either. So that was the biggest question. My head always when I was shooting was going like, is this, you know, comparatively to the scene before and the scene after, how does this fit into the fabric of this kind of strange tone that we’re creating? A lot of the time it was with a wish and a prayer and you’re hoping it sits well when it’s all put together in an edit. But sometimes you don’t know and you just have to go based on your instincts.

Right, and for a movie that literally features, you know, cannibalism and abuse, it’s not that visually gory. Nothing feels distasteful despite it being extremely dark. So jumping off the last question, how do you know when you’re going too far or not when framing gore and violence?

Mimi Cave: That’s the beauty of editing too, you can shoot stuff and choose not to put it in there. Again, I just knew that there’s already such a fear that exists especially in women’s minds, like day-to-day, that I didn’t have to create that fear, it was already there. So I just had to tap into it, and I didn’t have to do that by showing them their own bodies on screen. I could just allude to it with sound design. And in terms of the cannibalism, it’s like, how do you create dishes that are familiar enough for an audience that when they realize what it is, that’s what is so terrifying, but it’s really not gory, you know?

I defintley want to get into the casting because Sebastian Stan and Daisy Edgar-Jonesis are so multifaceted, but they don’t always get roles where they can really showcase more of these sides. Can you talk about finding the right people for these roles?

Mimi Cave: I mean, I think a lot of actors don’t get a chance to show that and I think this script gave [Daisy and Stan] a lot of different sides. But, really, it just came down to commitment. And both of them and everyone in the cast and crew all had a full commitment level to making this something special. It was kind of like… if you have anything less than that, you can’t join us (laughs)! You really have to believe in what I’m trying to go for and be right there to jump in with both feet.

Sebastian and Daisy seem totally committed all the way through, so did you ever come across a scene that was actually difficult to shoot even with all their energy?

Mimi Cave: You know, even the stuff that has a bit of a wink to it is still difficult. I think the hardest scene for them, at least for Daisy, was the first scene where she wakes up [after being drugged]. That scene is one of the darkest in the film and also one of my favorites. They both give incredible performances and they’re both doing so much with such subtlety, you just really feel it come across the screen. So yeah, that one was difficult. It was very taxing on Daisy, physically and emotionally.

Well, the success of Fresh surely indicates more projects on your horizon. You said that you’re more a fan of thrillers than horror, do you plan to continue on this path or do you have something else in mind?

Mimi Cave: I just want to make interesting and fun stories with interesting characters. I’m not really glued to a certain genre. There are definitely things I don’t want to do, but I don’t want to be boxed in just the way that an actor doesn’t want to be typecast. So, for me, if I’m lucky enough to keep making movies, then I hope I get to do things that have incredible stories. I’m not hoping for the next Fresh. I think Fresh is the type of script that comes along only once. So I’m just looking to mix it up.

Finally, what benefits do you see with Fresh streaming on Hulu? How do you feel about your film reaching this wide of an audience?

Mimi Cave: I think accessibility is always a benefit. I’m a bit of a purist so, of course, I prefer the theatrical experience. We design films to be seen and heard in theaters. But that said, these days with home viewing, things are so much better than they used to be. So in a lot of ways, you’re still going to get a really great cinematic experience from home. I think my only thing would be to encourage people to watch it in groups!

Fresh is now streaming on Hulu!