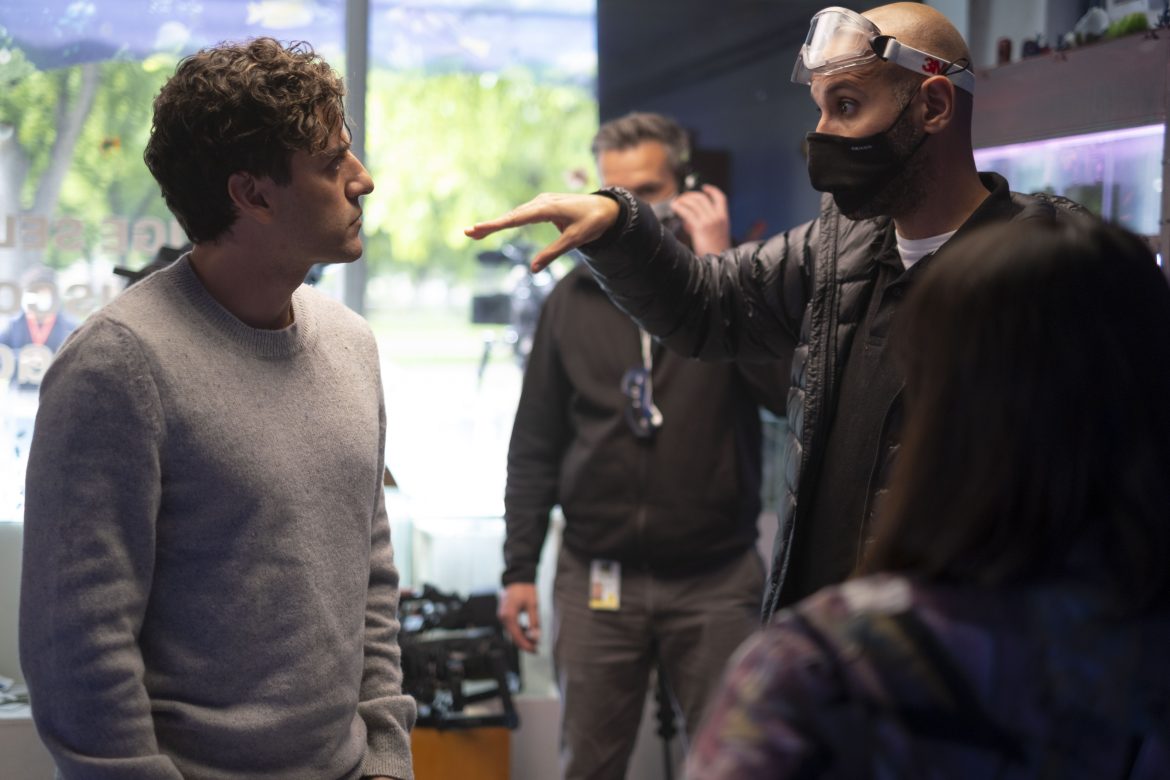 After a year and a half of no content from Marvel Studios, 2021 saw 4 new movies and 5 shows in the Marvel Cinematic Universe. Now, Marvel is ready to kick off their 2022 slate with one of their boldest projects yet, Moon Knight. Recently during the official global press conference for Moon Knight, director Mohamed Diab expressed his reasonings for joining the ever-growing franchise that is the MCU. The Egyptian filmmaker is well-known for showcasing important narratives and stories from his home country, which makes him an ideal choice when it comes to adapting a character so closely tied to Egyptian iconography. However, joining a studio franchise isn’t always so easy.

As Mohamed Diab explains himself, “I had other offers before to make big-budget movies, but I never connected to anything like this, intimate stories that have some big stuff happening around them.” Marvel Studios has built quite the reputation for bolstering indie voices to the top of their multi-million dollar projects, as long as they always have a passion for the source material. Diab spoke on his connection to Moon Knight as a character to support this point, “Just imagine that line – you as a normal person discover that you have another identity that is a superhero. I was drawn right away.” Without a doubt, this is a concept that has yet to be deeply explored in any comic book show.

The MCU already has a literal pantheon of gods with the Asgardians, and with Moon Knight, the franchise is finally exploring a whole other type of legend. Egyptian mythology is deeply rooted in the lore of Moon Knight. As Marc Spector, the antihero is forced to be the muse for the Egyptian Moon God Khonshu. The abusive, omnipotent deity uses Marc’s mental Illness as a way to control him. Despite this twisted dynamic between the main character and Khonshu, Diab went on to discuss the importance of portraying Egypt in a positive light. “As an Egyptian, we always see us depicted or the Middle East depicted in a way that is – we call it orientalism when you see us as exotic and dehumanized.”

The filmmaker, of course, mentioned Hollywood’s messy history with portraying MENA stories. “Just showing us as a human, just normal human beings… and seeing even Egypt as Egypt because 90 percent of the time, Egypt is not Egypt” Diab noted. He went on to make the comparison, “Imagine Paris and you’re seeing Big Ben in the background. That’s how we see our country. So it’s funny, but it hurts.”

Moon Knight like many other projects from Marvel, boasts a mixture of genres. This isn’t unusual for the character as he first appeared in Werewolf By Night issue no. 32 in 1975. His follow-up appearances would continue to tread that line of horror, which has been specifically seen in his comic runs from the past 15 years. The Disney+ series dips not only into horror as expected but also action and adventure. Diab made sure to speak on this mix of genres. He said, “One of the things that I’m really proud of – again collectively every one of us – is putting all those genres together and blending them in a way that doesn’t feel alien.” Diab further explains, “You have horror, you have action, you have comedy, and you have very serious drama. And you never feel like, okay, this is not going well. It all blends in a very good way.”

Mental illness is also an important element of Moon Knight’s character, as he suffers from Dissociative Identity Disorder. A condition that is often either misrepresented or not represented at all in film and TV, Diab detailed his approach for an accurate and respectful portrayal in the show. “In the end what we learned, I would call myself ignorant about DID because all the information we know is from the movies. It’s a bit shallow. I’m going to call myself that. But what I learned through the journey of doing the show is that the character needs to live with themselves, their identities.”

Diab goes on to explain how the representation of DID can relate back to those who don’t deal with the condition at all. “I felt that I identified with that by the way each of us… the persona is the mask that we’re putting. I’m right now putting on a mask to hide my desires, to hide everything – the other real character in me.” Finally, Mohamed Diab went to reveal what he actually learned about himself through Moon Knight. “What I learned from Marc and Steven is I need to be the same. I need to be one person. I think this is the struggle that all of us through the journey of living are trying to achieve. “

Read our ★★★★ review: A First Step into a New Marvel